To Hoard or Not To Hoard….That is the Question.

Remember your first car or motorcycle?  Remember thinking, this is the only car or bike you’d ever need or want to have?  Now that car or bike is in the back of the garage with a bunch of old blankets piled over it.  About a dozen other motorcycles, or a few cars are now parked in front of it, and the specialness of that bike or car is gone-All lost in the shuffle.  All lost in the pursuit of…well…we’re not really sure what exactly.  Collectors, I pose you this question:  Do you ever miss the simplicity and joy of owning just one car or motorcycle?  Lately, I’m thinking that I do.

After nearly three decades in my hobby of restoring vintage motorcycles, I have accumulated quite a stock pile of parts and projects, along with a few nice original and restored bikes.  Some people, including my wife and children, consider it a form of hoarding.  I’ve always laughed off any such accusations, and have never looked at my “collection” in a negative light, that is, until just recently.  Now, a thought keeps burrowing into my mind as I turn sideways, scooting by grippy handlebars grabbing at my shirt while trying to figure out new ways of lining up motorcycles for maximum capacity in my garage.  The same idea pops up as I lie in bed at the end of the day scanning ebay.  Is my accumulation of motorcycles and parts really such a good thing anymore? 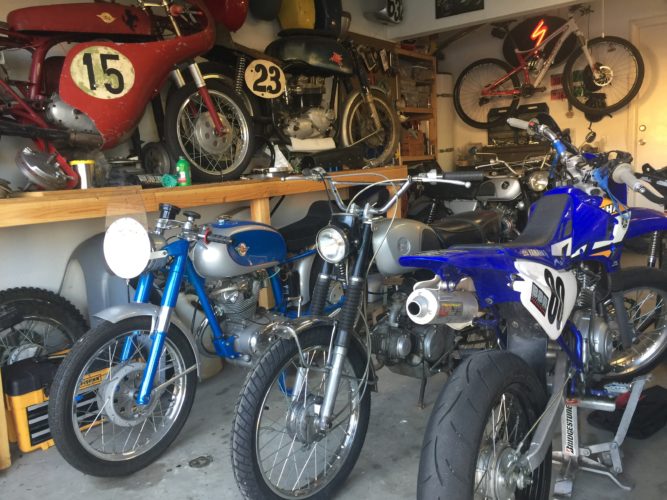 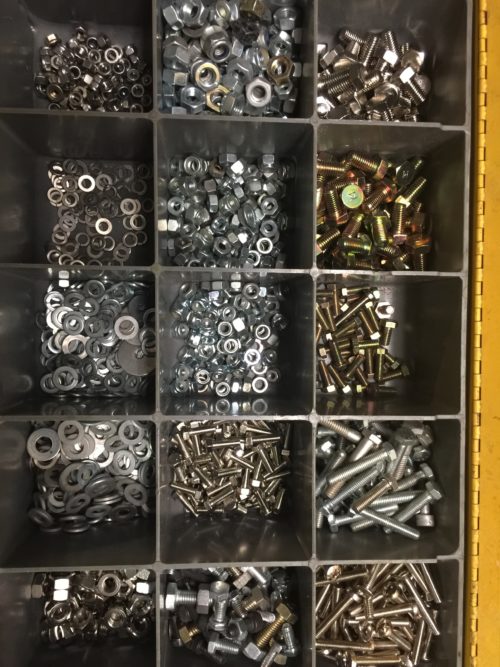 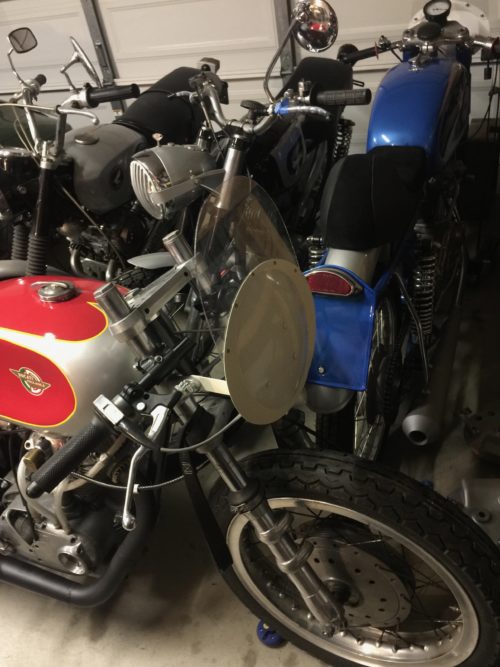 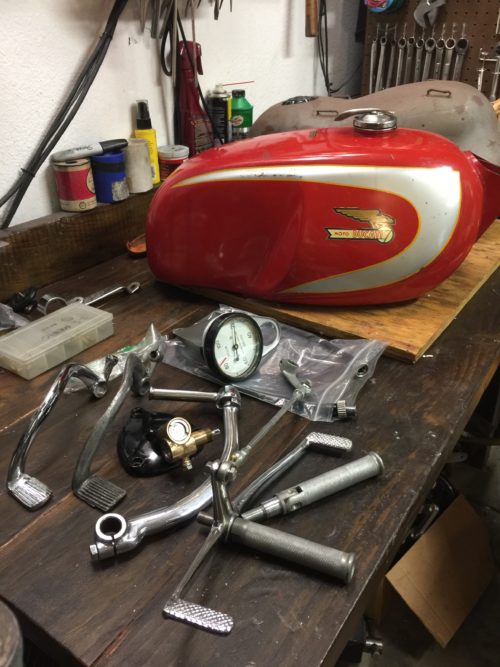 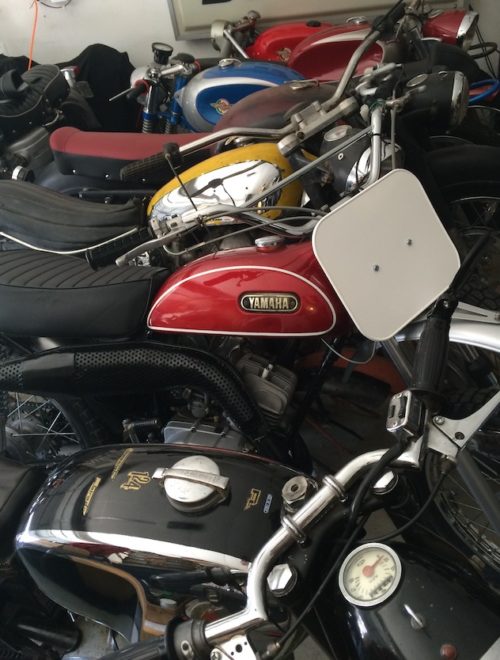 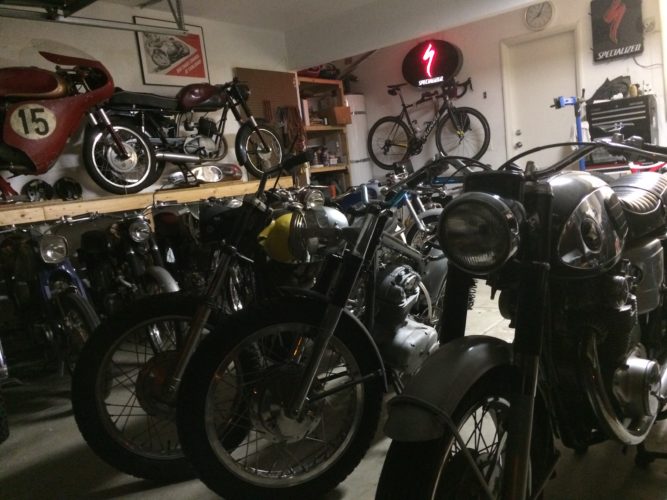 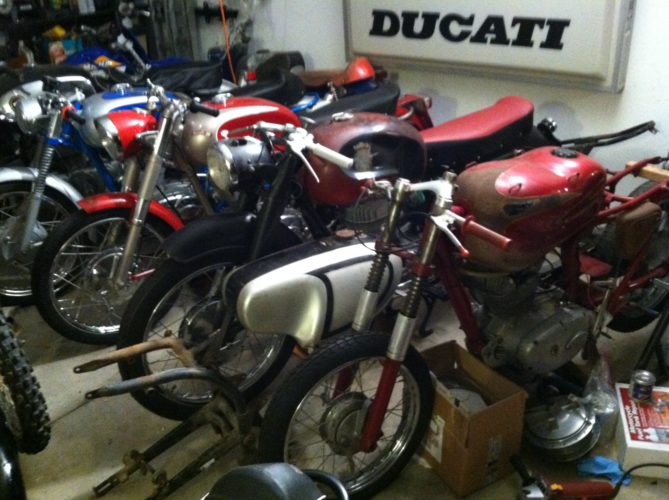 My obsession has been mostly geared towards Ducatis and other early Italian motorcycles.  I have sought after these quirky Italian bikes for decades and have amassed a stock pile of parts and projects that would rival most 1960’s dealerships at the time.  Keeping my ear to the ground, and obsessively scanning eBay has been rewarding, and for a long time I have been quite proud of my array of rare and valuable parts and motorcycles.

Last week I pulled out a piece of paper and wrote out all of my projects and anticipated builds that I have obsessively collected parts for.  The final count was 16.  I had sixteen motorcycles in queue to restore-varying in condition from rollers, to bikes that I had literally assembled from scratch.  The problem is is that as I get older, my restoration pace has slowed dramatically.  Family time, work, and other various obligations have taken priority- rightly so in most cases.  Also, as I get older, those Saturday nights working on bikes until 2 am have ceased.  I find myself calling it quits much, much earlier.  Even at my youngish age (let’s say not quite 40…yet), I calculated that this list of sixteen bikes would keep me busy well into my 60’s.  And that was assuming that I’d never find another bike project to add to my list-an assumption that would be simply ridiculous.  Oh, and there’s the 1969 Porsche 912 needing an entire restoration as well.

Now I am wondering, have I slowly slid down a slippery slope from “collector” to “hoarder?”  The obvious answer in all honesty is- yes.  Which brings up a second question.  Has my fun and rewarding hobby of restoring vintage motorcycles shifted into an unhealthy obsession?  I’ve always likened my collecting to a responsible squirrel, diligently preparing for winter.  Now I am wondering,  am I breaking my back storing nuts in a tree for a winter that will never come?  Hmmmm.  This just got metaphorical.

I’ve always been a fan of comedian, Jerry Seinfeld.  From his 90’s self-titled comedy sitcom, to his interest in Porsches, and his often dead-pan quasi emotionless demeanor- I’ve just always really liked the guy.  In 2016, he shocked many collectors by bringing 16 rare and exquisite Porsches to the Goodings & Company auction at Amelia Island.  Was he getting out of vintage cars?  Had he had enough of Porsches?  Nope.  In an interview before the auction, Jerry said this:   “I don’t really even think of myself as a collector. I just love cars. And I still love these cars. But it’s time to send some of them back into the world, for someone else to enjoy, as I have.”  Jerry sold 15 of the 16 cars brought to the auction (stuffing over $22 million in his back pocket in the process) and hasn’t looked back since. 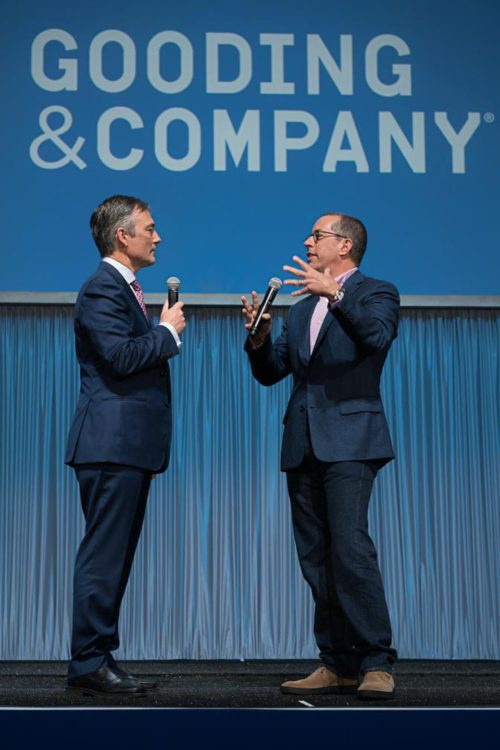 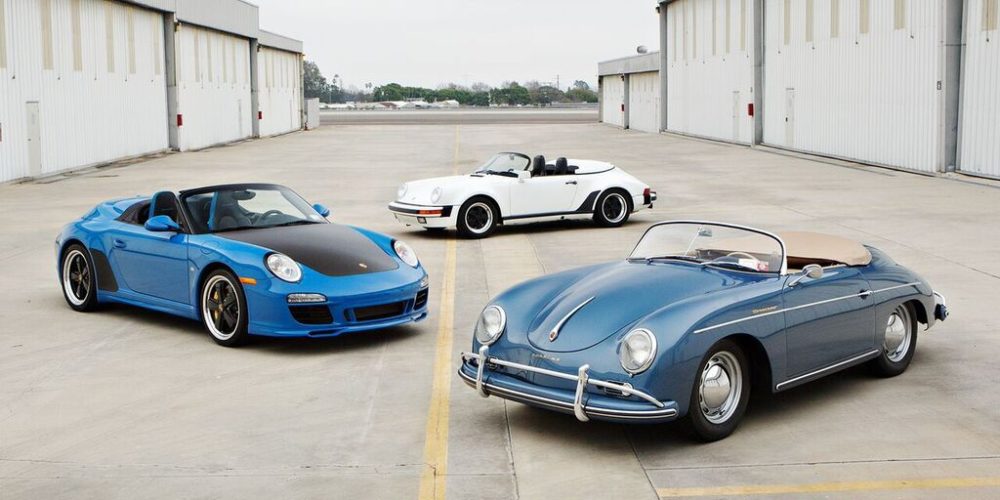 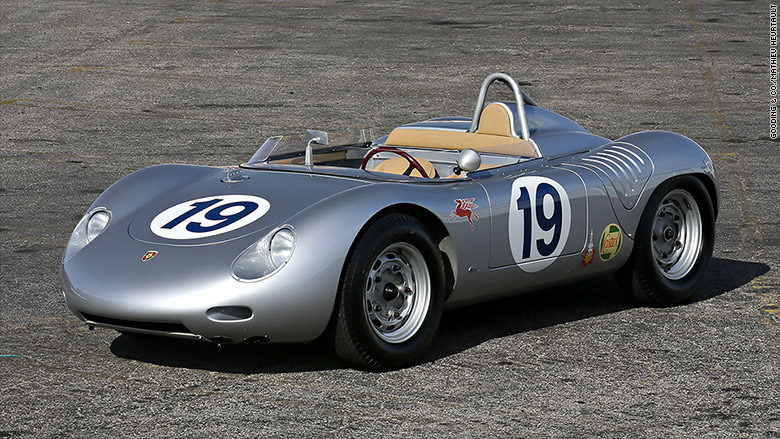 Years later, I am finding wisdom in Jerry’s simple words.  Am I a “collector,” a “hoarder,” or do I just love cars and bikes?  I think I just love this stuff.  But does that mean I have to “own’ it all?  I don’t think so.  Perhaps it’s time to let some of this go for others to enjoy.  Perhaps instead of sitting in my garage, holding an original paint Ducati Mach 1 tank in my arms repeatedly mumbling, “My precious, my precious,” I should send this stuff out into the world for others to enjoy.  What good are all of these precious parts tucked away in my personal storage?

I’m not proposing selling off everything, besides, Seinfeld still has a fleet of cars at his disposal, plus I have several bikes that will net my children a nice chunk of change one inevitable day in the hopefully much distant future.  Clearing all the shelves wouldn’t make sense either, you always need some spares, plus I really do plan on getting to that one project next year.  But, there’s got to be a healthy balance in there somewhere.  I have been on a teeter totter with an Alaskan Grizzly bear for a decade or so.  The weight has kept my legs dangling in the air for quite some time, and I kind of forgot some of the simple joy that attracted me to this part of the playground in the first place.  I think it’s time for me to find some balance, and maybe find the joy of that first bike again.

What do you think?  Am I just going through some kind of mid-life crisis, or it is time for some of us to re-evaluate our collections/hoards?  Please drop your 2-cents in the comments below.