One of the yearly highlights of the Goodwood Revival is the extravagant Bonham’s auction taking place Saturday, September 8th.  We’re sure there will be a few bidders that get swept up in the intoxicating atmosphere of the Revival and end up walking away with an expensive souvenir from the past.  We took a few minutes and thumbed through the catalogue to provide you with our incredibly biased and possibly illogical line up of vehicles we’d raise the paddles for…provided we were actually there….and had the money to spend.  Here are the Top Five.

The ruggedly cool Series 1 Land Rovers have been soaring in value, but they are also bullet proof (not literally unfortunately) vintage off-roaders with quite the cult following.  You don’t see them here in The States too often, but when you do they assert themselves as something very special indeed.  It could be that we just re-watched the second episode of, “For the Love of Cars,” when Ant and Phil delved into the world of Series 1 Land Rovers, but any of us over here would be thrilled to own this truck.  This “Landie” was restored in 2014 and looks fantastic in a dark military green and canvas top.  Expected to sell for a little over $30k USD, the Series 1 could be a real bargain.

This is a real-deal Ex-Team Lotus Cortina race car, driven by a few random drivers over the years, like Jim Clark, Dan Gurney, and Trevor Taylor…no big deal right?  You can imagine, the boxy little Ford has had a bit of work done.  Lotus made 1000 of these Group 2 racers for homologation requirements, but the car seen here was one of the first.  This little 1,600cc Ford became a DOHC fire breather built in conjunction with Cosworth and challenged 2-liter cars in all out horsepower.  Regularly campaigned in vintage road racing, this Lotus Cortina could be yours for an estimated $250-300k USD.

There will be three 246GT Dino’s going up for auction this weekend, but we’d raise the paddles with a bit more enthusiasm for this silver one-and it honestly has nothing to do with the car’s connection to rocker Keith Richards.  With a genuine 30k miles from new, this Dino is a stunning time capsule.  If you have read much on this site you’d know that we are more than smitten with the 246 GT, from it’s styling to it’s mid-engine DOHC V-6.  We would happily clear out any of our garages to see this shimmering silver Dino taking center stage.  What would it take to have this low mileage Ferrari that was never badged a Ferrari?  Bonhams estimates it could go for half a million dollars. 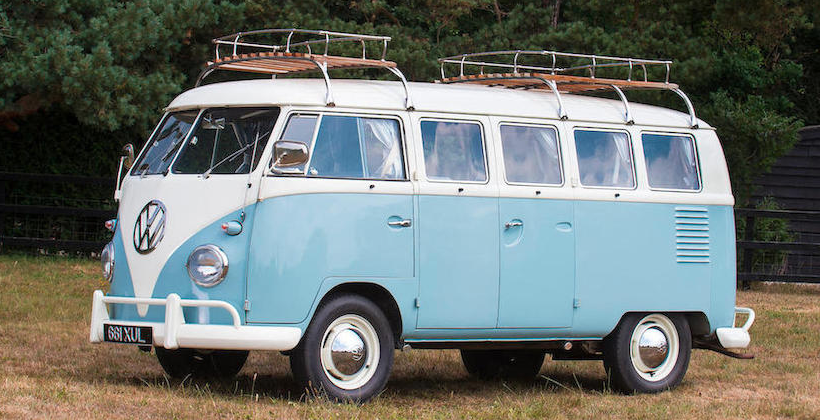 Though this car does not cary the provenance (you have to say the word “provenance” with a snooty tone, perhaps one hand in the air, as if performing Hamlet) of some of it’s auction competitors, this VW camper just looks like a heck of a lot of fun.  This rare “split screen” model was restored only two years ago and features a fully-functional kitchen, wood floors, and full-width sleeping bed.  This VW was done right, the attention to detail fantastic-as evidence by the matching wood used in the floor and roof-rack among other notable details.  For an estimated $50k USD, you can live the Life of Riley, take up surfing, become a hippie, and show your neighbors that you are straight up winning at life.

You can’t fictitiously bid at a British car auction with out fictitiously buying a British sports car- so among the Jag E-types, Austin Heeley’s, and other sleek and shiny UK derived “saloons,” we wouldn’t mind loading this 72 Aston Martin V8 Series 2 onto a shipping container for it’s new life Stateside.  Sure, it’s an automatic, but this un-restored air conditioned Series 2 looks like it’s be a fantastic vintage daily driver. The previous owner recently spent 35K British pounds making sure the car was as good as it could be, though the owner stresses that this car is mainly unrestored and is not a concourse show piece.  Here in the States we call that “patina,” and we also love it.  Bonhams thinks bidding on this Aston will end up right around $100 USD.

Well, we just spent roughly a million dollars in our heads.  Not bad.  How much would your top five be?

Go to Bonhams: Goodwood Revival and click on the “e-catalogue” or click here for the PDF catalogue download to see if there is anything we missed.  Add your comments below!