It seems the owner of one of our favorite South West motorcycle museums is thinning his collection a bit.  Legendary motorcyclist, Buddy Stubbs, owner of three Harley Davidson dealerships in Arizona (One including an incredible vintage motorcycle collection we visited) is auctioning off 30 motorcycles from his personal collection at an upcoming Mecum auction.  As far as we know, the Phoenix -based museum will continue to operate, apparently when you have nearly 200 motorcycles, you can let loose 30 and still have a collection worth seeing.  Looking through the lots listed for auction will give you just an idea of the depth and value of Buddy’s collection.  These are the ones he’s willing to let go!  We wish Buddy the best of luck at the March 14-17 Mecum auction taking place in Glendale, Arizona.  See details below. 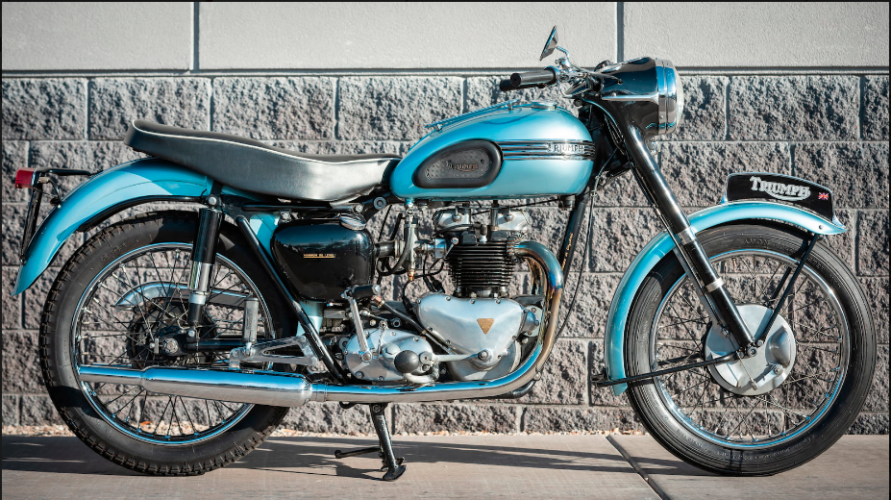 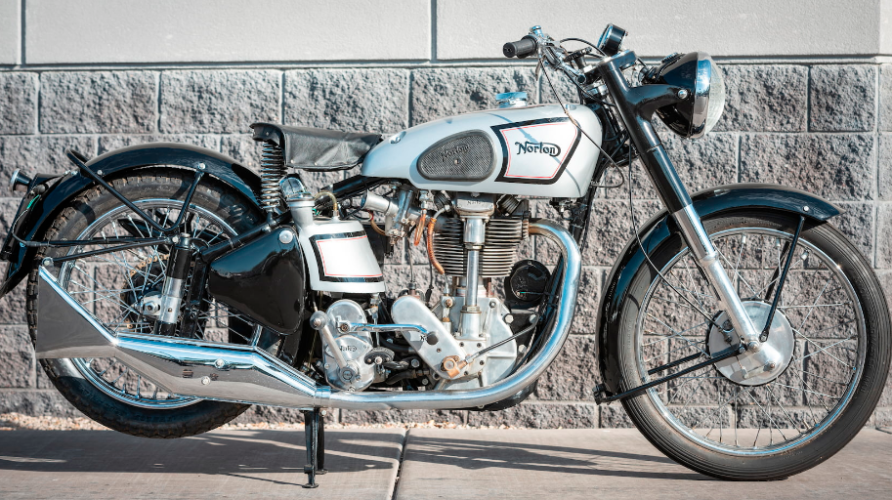 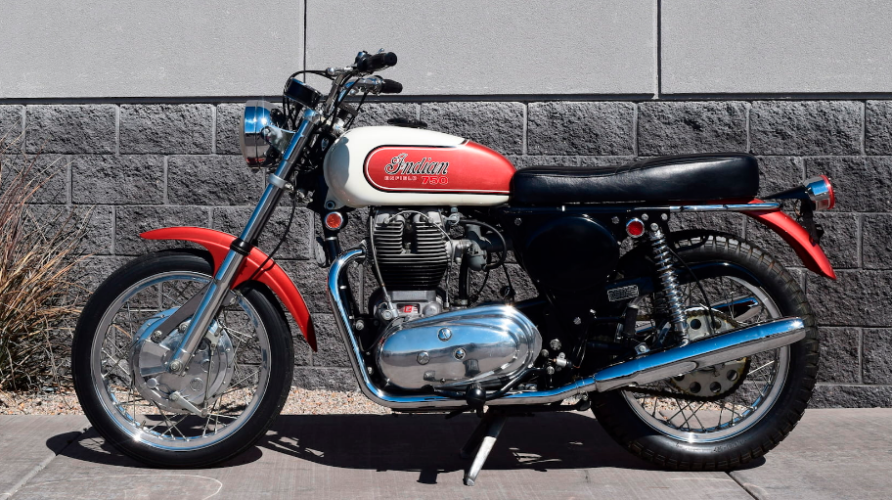 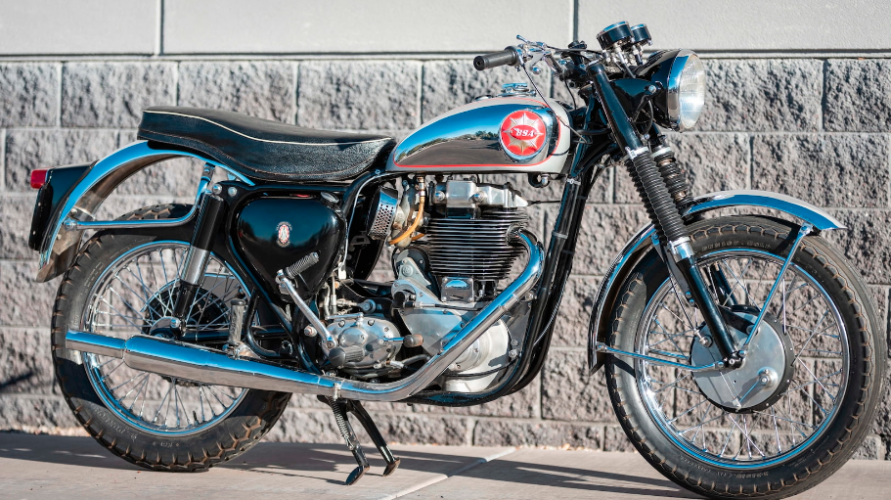 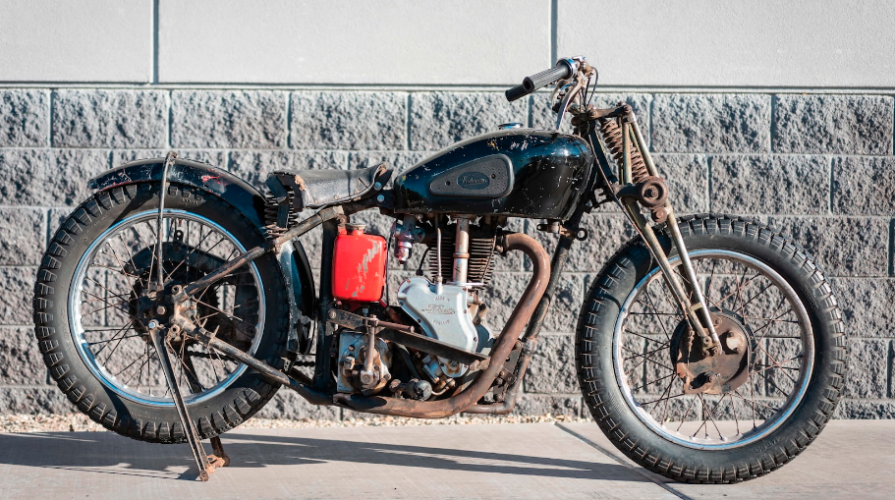 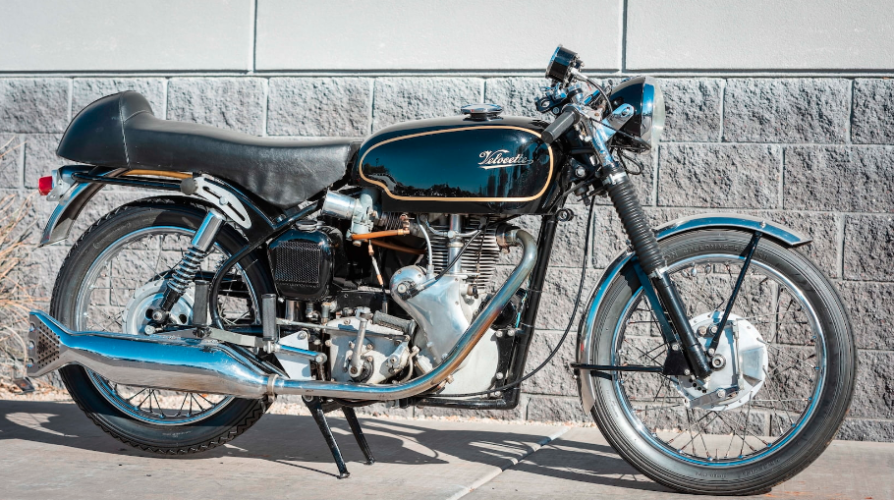 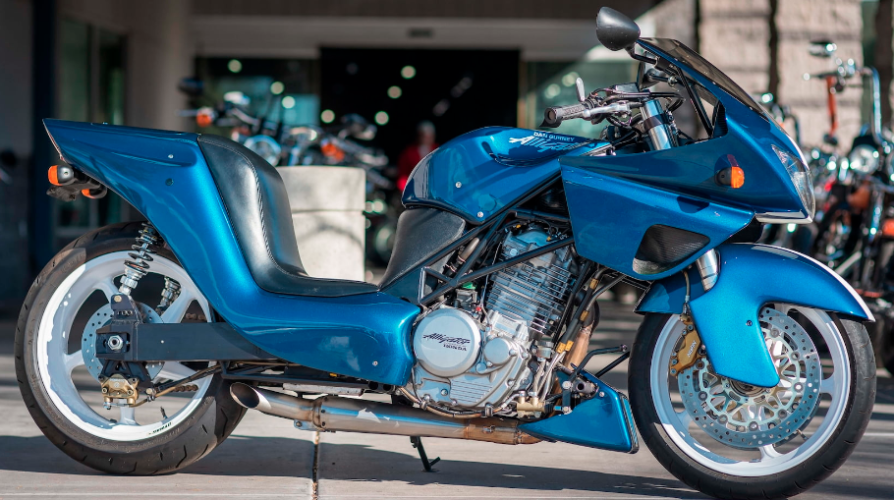 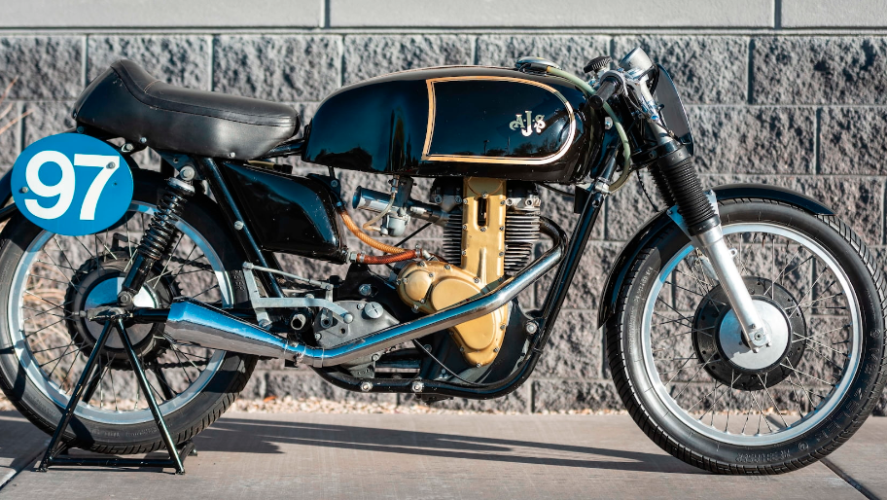 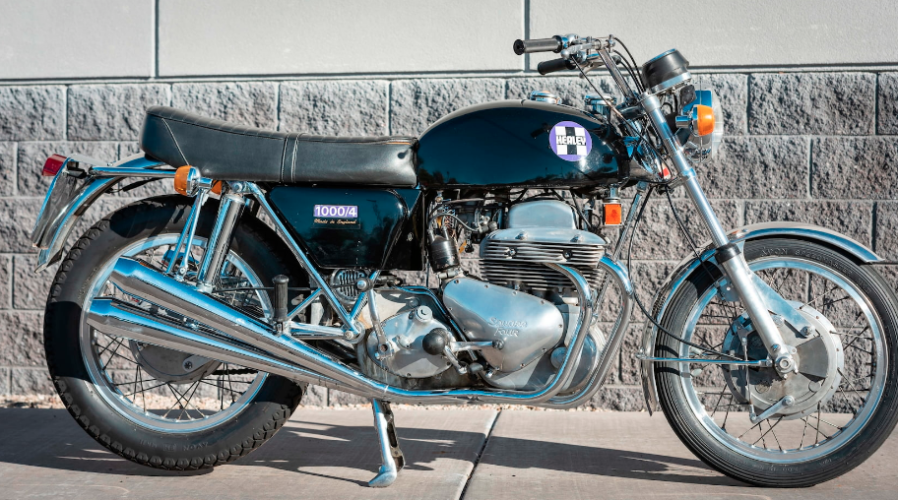 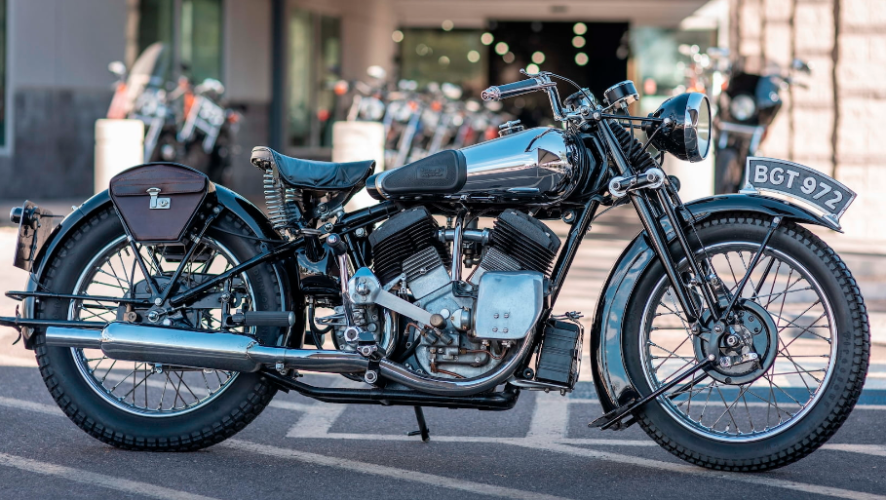 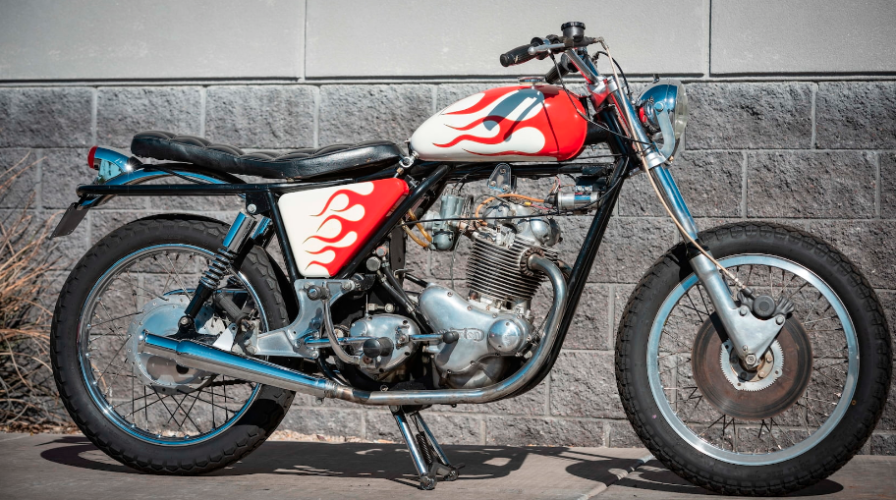 Buddy Stubbs, as he’s known by all, is one of those enthusiasts who is likely to claim that he learned to ride even before learning to walk, and in his case, it’s hardly a stretch of the truth. A truly lifelong lover of motorcycles, Buddy will be bringing a selection of bikes from his private collection to Mecum’s first-ever Arizona-based auction this March at the State Farm Stadium in Glendale, just a stone’s throw away from his own museum and motorcycle dealership.

Buddy himself was born to the owners of a dealership, but money was tight in the early years as his parents had invested everything they had into launching the business. As such, the family set up residence within the walls of their Harley-Davidson storefront and raised Buddy among the multitude of magnificent machines inside.“My father started his dealership in Decatur, Illinois, in March 1939, and I was born November 1939, so I was quite literally born into the business,” Buddy explained. “I grew up there, and my father taught me everything he knew about it.”

While being surrounded by the stationary works of mechanical art was enough to spark the flames of Buddy’s passion, it was his father’s involvement in motorsports that really fed the fire.

Buddy’s father took part in hill-climbing events on a regular basis, and he let his young son tag along and help with motorcycle prep and other small tasks; the training eventually instilled in Buddy the skills to become a master Harley-Davison mechanic, but it also awoke a need for speed in the young Buddy. His father taught him to ride at age 10, and he soon declared that his greatest ambition was to one day race motorcycles.

It was just one year in the saddle before Buddy brought home his first trophy, and in almost no time at all, his racing career took off. In 1961, at age 21, Buddy took the checkered flag on a 1961 KRTT 750cc at the TT event in Peoria, Illinois, and from there, he campaigned extensively on tracks around the country as a factory-sponsored racer. Highlights of his career, including winning the Daytona 100-mile road race and the 25-mile road race in Windber, Pennsylvania, in 1963, caught the attention of various Hollywood “recruiters,” and with some encouragement and help from his friend, professional stuntman Bud Ekins, Buddy embarked on his own foray into film, but not until Ekins first pulled some strings to get him his Screen Actors Guild card. Buddy’s successful 12-year “stint” on screen included appearances in some of the best-known motorcycle movies and television series of the era, such as “Then Came Bronson.” He said his favorite set to work on was for a movie about an officer assigned to patrol the Arizona desert by motorcycle; it was titled “Electra Glide in Blue,” starring Robert Blake. He also did TV commercials on motorcycles.

While still busy with racing and stunt work, Buddy also managed to follow in the path of his parents and start his own Harley-Davidson dealership. Opened in 1966 and dedicated to customer service and high-quality machines, Buddy Stubbs Arizona Harley-Davidson in Phoenix became the Valley’s only Harley-Davidson franchise. Uniquely, Buddy’s dealership includes a 3,000-square-foot wing built specifically as a museum to house his massive and impressive personal collection of vintage motorcycles.

Consisting of 132 motorcycles from more than 14 different countries and encompassing more than 35 different makes, Buddy’s collection is a truly remarkable group. While he of course has a love for Harley-Davidson, Buddy is quick to point out that he nevertheless harbors no prejudice toward any other brand, and his collection proves his point with his love for all things motorcycle on clear display. His is the only museum of its kind in the entire state of Arizona, and Buddy himself even gives some of the tours occasionally. It’s the largest motorcycle museum in the Southwest, it’s open every day and there’s no admission charge.

Buddy is still very active in the business and works full time; his office is based in his Phoenix dealership, but he also makes frequent trips to his two other locations in nearby Anthem and Cave Creek, all three of which are managed by his sons, Frank and Jack.

With Mecum staging its first-ever auction in Buddy’s home state of Arizona this March, he decided to take advantage of the opportunity. “I just have too many,” Buddy said of his motorcycles. “I’ve sold motorcycles at the Mecum auctions three times in the past, in three different years, and through those times, I became good friends with Ron Christenson. I always told him there should be a Mecum motorcycle auction in Phoenix, and he always took that to heart. So here we are!”

Needing to rehome a handful of his motorcycles, Buddy is now set to offer a large selection of his stunning Harley-Davidsons and more at the State Farm Stadium in Glendale, a convenient 30 minutes from his own dealership and museum. For bidders, it’s a wonderful opportunity to place bids on top-quality motorcycles from a well-known collection, and for those lucky enough to win one, maybe it’ll also be a chance to hop on and take a cruise over to Buddy’s museum for a tour from the legend himself.