I have been obsessed with the Dino 246GT for about five years now, but the truth is, I had never actually seen one in metal and oil.  In my mind, the 246GT Dino, the Ferrari that was never actually badged a Ferrari, is quite nearly a perfect car.  I love everything about it, from the seamlessly incorporated headlights, louvered hood, to the uniquely mid-engined, DOHC V-6 engine penned by an ailing Alfredo “Dino” Ferrari, and all the way back to the incredibly-Ferrari cut-off tail.  I’ve been thoroughly involved with vintage motorcycles for the last 25 years and have owned, ridden, or at least seen all of my dream bikes, but as a relatively new convert to the world of four-wheels, even though I’d studied Dinos online, I’d never actually seen one.

While perusing Instagram late one night in a fit of getting-to-old-to-handle-caffeine related insomnia, I searched the hashtag #246GT for lack of anything else to do.  First up was a pic of a gorgeous, deep burgundy 246GT Dino.  The location at the top of the screen caught my eye almost as much as the car:  “Marconi Auto Museum,” it stated.  Never heard of it.  I clicked the location and was shocked to find out that this auto museum was a mere 45 minute drive from me, hanging on the outskirts of Orange County in the largely industrial city called Tustin, California.  The irony and disbelief deepened as I zoomed in on the map and found that I’ve driven within a block of this auto museum literally dozens and dozens of times on my way down the I-55 to Newport Beach-one of my family’s favorite weekend hangouts.  I elbowed my wife, forgetting what time it was, and whispered “Do we have any plans this weekend?  Want to head down to OC?”  I didn’t get an answer, but didn’t need one.  We would be going to Orange County on Saturday.

While walking into the Marconi Auto Museum, all you have to do is swing by the front office to your right and make a donation for your visit.  The suggested donation is only $5, and kids 12 and under are free.  As you enter the museum, superbike enthusiasts, like myself, will be thrilled to see a chronological line up of fantastic high performance motorcycles, many Ducatis, spanning from the 80’s Ducati 750 F3, to the 851, to the truly iconic Ducati 916.  Before I even entered the museum’s main showroom, I had already deemed the museum worth the drive. 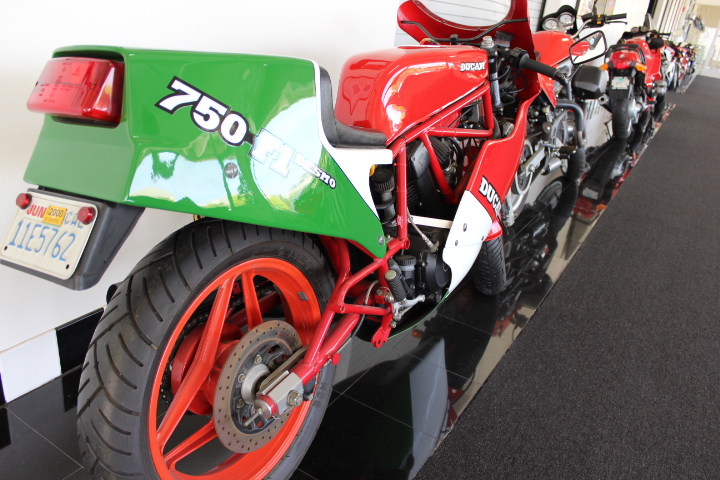 Walking into the main warehouse showroom was just overkill.  A line up of Ferraris, starting with a stunning 1950 195S all the way through to the 80’s rockstar Testarossa.  Sensory overload was nearly instantaneous. 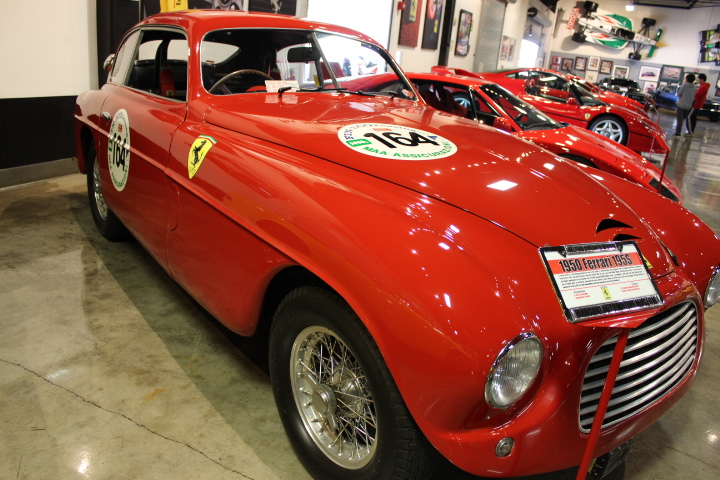 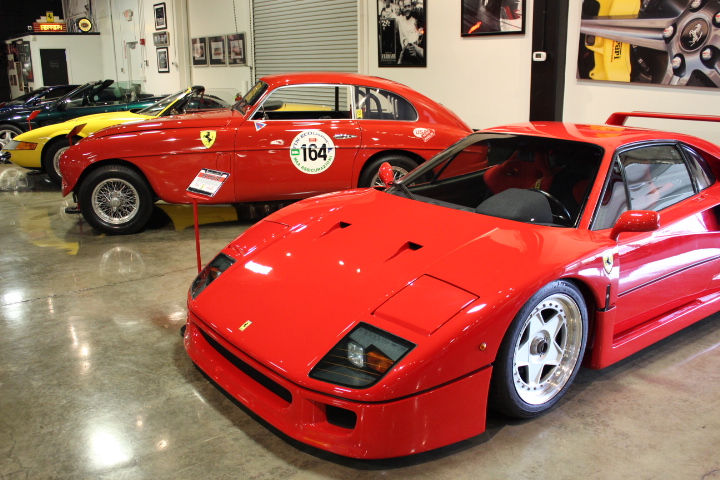 Though the Mercedes 300 SL Gullwing was breathtaking, the Jaguar E-Type a head turner, the line of American muscle just wreaking with testosterone, my attention was held by the not one, but two, yes two, 246 GT Dinos luring me away from the plastic wrapped Lamborghinis most of today’s visitors seemed to be mesmerized with.  You know those moments when that fantasy in your mind is about to meet reality?  It’s often a let down to be honest.  That cheeseburger usually isn’t as good as it looked in the commercial, the trailer for Justice League was much better than the movie, and that bike on eBay that looked like a 100 point restoration on your MacBook turns into a “ten footer” when rolled off the shipping truck.  I’m happy to report the 246 GT Dino did not disappoint.  Not at all.  My goodness-What a gorgeous car.  Sure, people might say they’re not a real Ferrari, they’re too slow-whatever.  I’d own one if it was powered by a hamster wheel.  I truly believe it is one of the most beautiful production cars ever built. 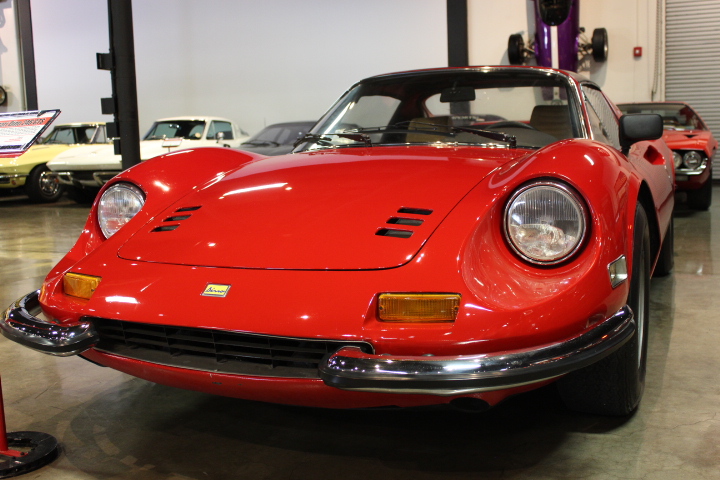 If you ever find yourself in Southern California, a stop at the Marconi Auto Museum is a definite must.  The fact that it’s not too far from the opulent playground that is Orange County, doesn’t hurt either.  Balboa Island down the road is a kick, Disneyland a half hour away, and Bolsa Chica State Beach just a short drive down the I55.  If you need any more encouragement, what if I told you that the museum is a non-profit which donates thousands of dollars a year to at risk children?  Convinced yet? 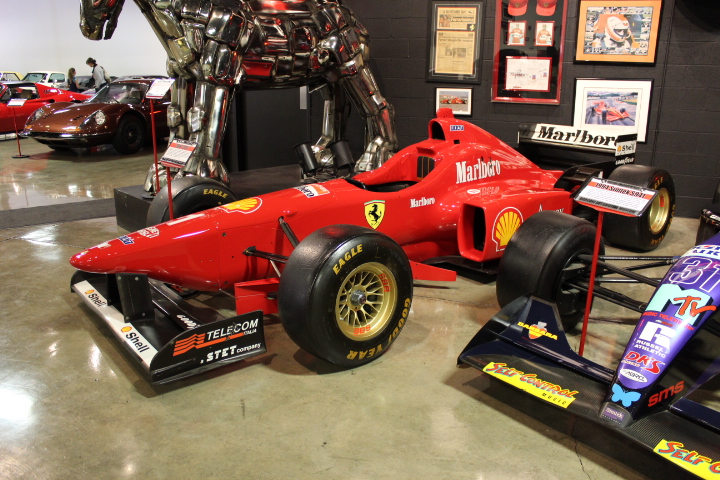 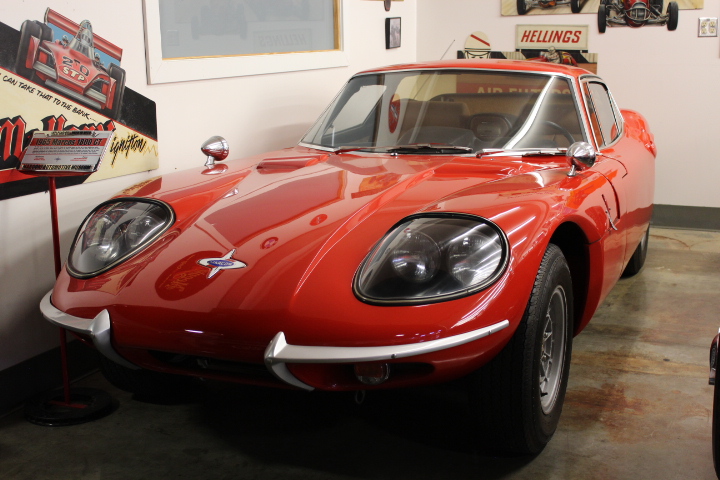 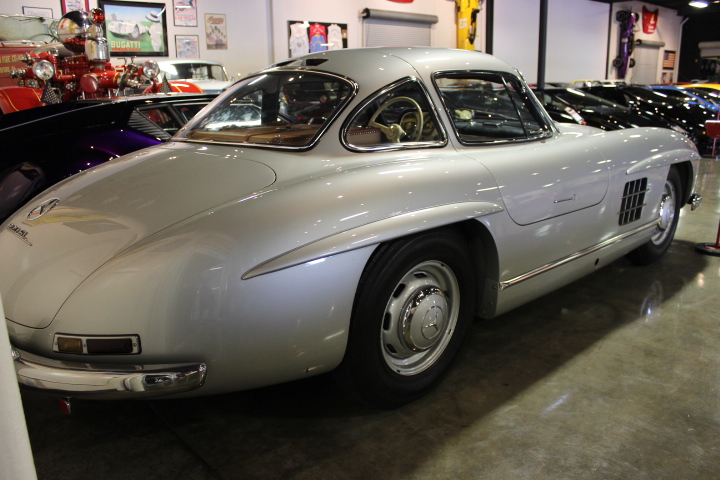