So you love vintage bikes, but are just not into the dripping oil, dead batteries, and crummy suspension that often comes along with a bike born a half a century ago.  Okay, we get it.  A lot of these faults can often be rectified on a properly set up classic, but in all honesty, vintage bikes do break, and have their flaws.  It’s a reality we live with, and in some ways provides a lot of the character we admire about our aging machines, but I digress.  You just want something that is retro-cool, fires up every morning, and functions like a modern bike does-because it is a modern bike.  If that’s the case, we might have a few options for you.  Actually, we have a lot of options for you.  Could we be living in the Golden Age of retro motorcycles? 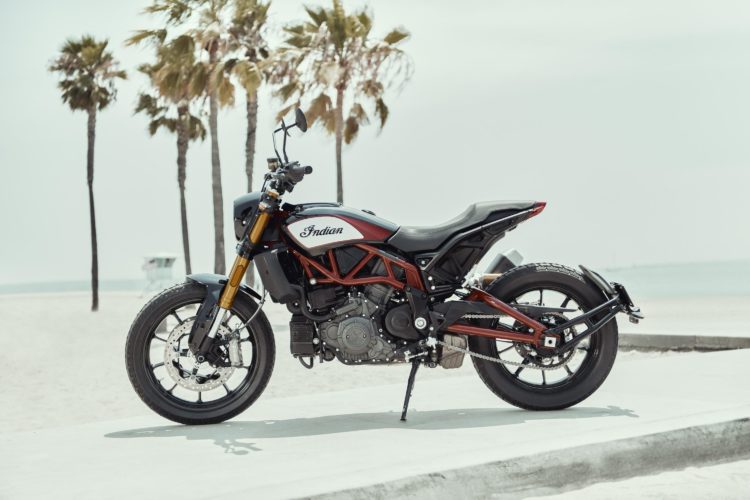 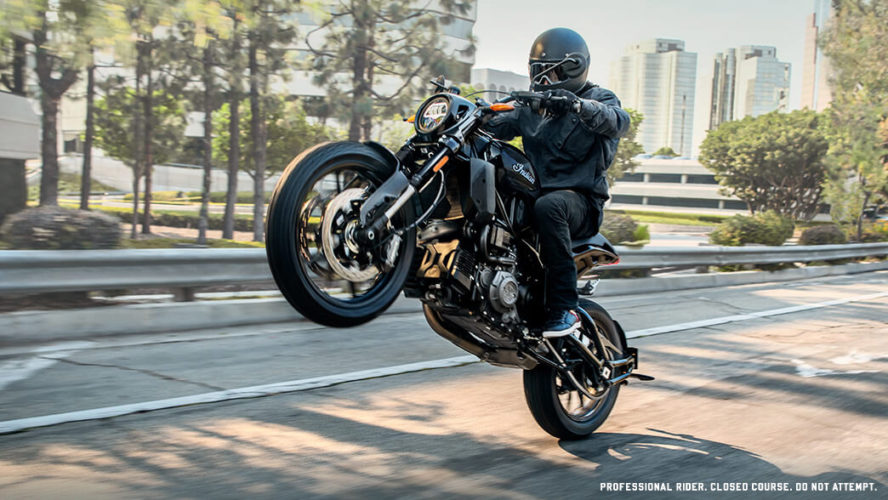 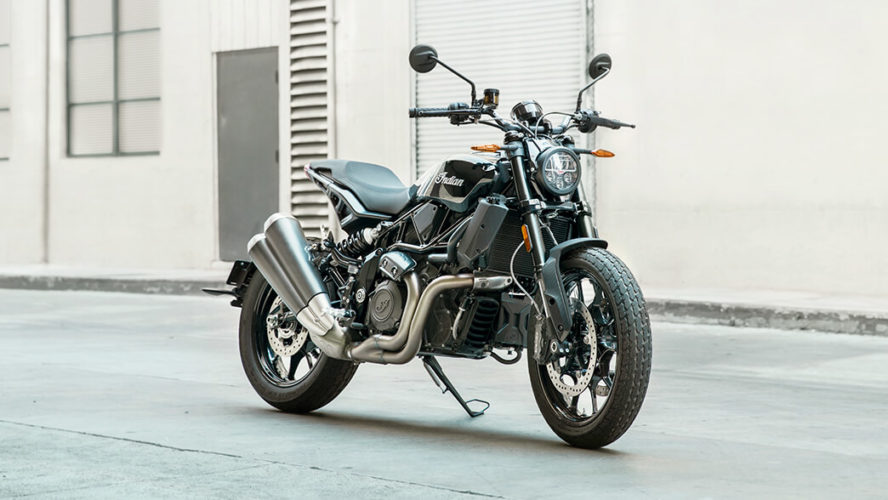 Breaking cover just a few weeks ago, one of the oldest motorcycle names on the planet has finally built something that isn’t a cruiser.  Patterned off of their extremely successful FTR750 flat track competition bike, the FTR1200 is a fully street-legal motorcycle with a retro flair, which celebrates a unique American sport that has recently taken the world by storm-flat track.   Starting at $1299, the 1200cc, 120 hp American built v-twin provides a completely new market segment for fans of American two-wheeled muscle.  Though the exhaust is clunky, and at 488 pound dry, it needs a weight-loss plan, the bike really does look like a street legal flat track bike, which is pretty cool.  The aftermarket might clean up a few of the aesthetic bugs, but until then, we think Indian hit pretty close to the mark on their first try at a sporty, American street tracker. 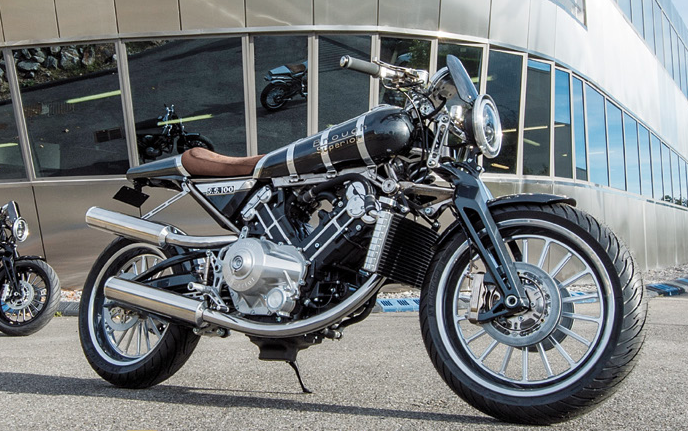 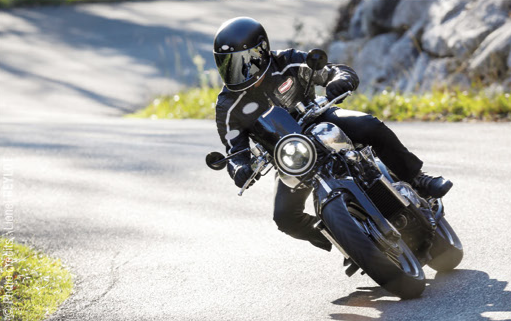 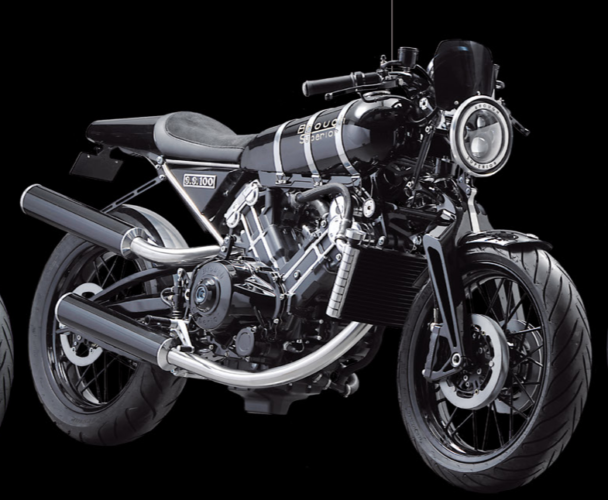 The original 1930’s Brough Superior SS100 is known as one of the most valuable motorcycles of all time.  Kind of like the Ferrari 250 GTO of two-wheels (but not worth nearly as much).  The original Brough’s evoke mental pictures of Laurence of Arabia astride the stately machine-the new Brough Superior would like to capitalize on this image.   Starting at around $60k and going as north of that number as you’d like, these bespoke 30’s inspired machines are the epitome of a modern-retro motorcycle.  There are three different finishes to chose from, and the rest is up to you.  Options like gold leaf decals and a variety of leathers and stitch patterns to chose from should remind anyone that these motorcycles are not entry level motorcycles, but a motorcycle entering into an exclusive niche accompanied by makes like Mercedes AMG or Rolls Royce.  We have yet to swing a let over one of these unusually styled motorcycles, but from what we’ve heard, they’re a unique experience unto themselves. 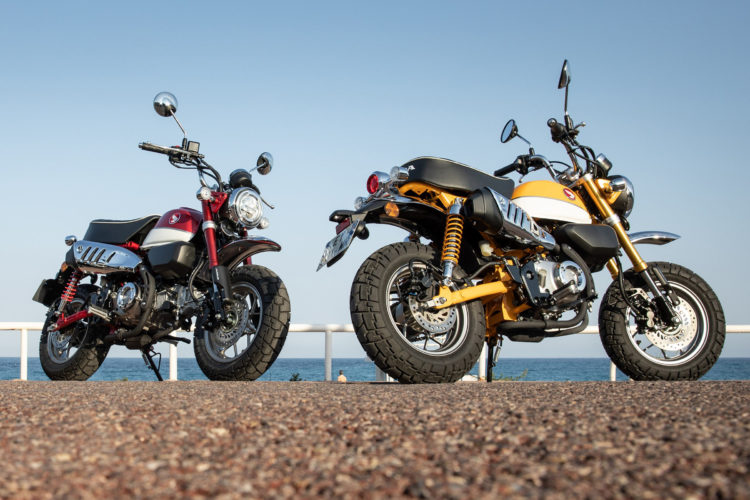 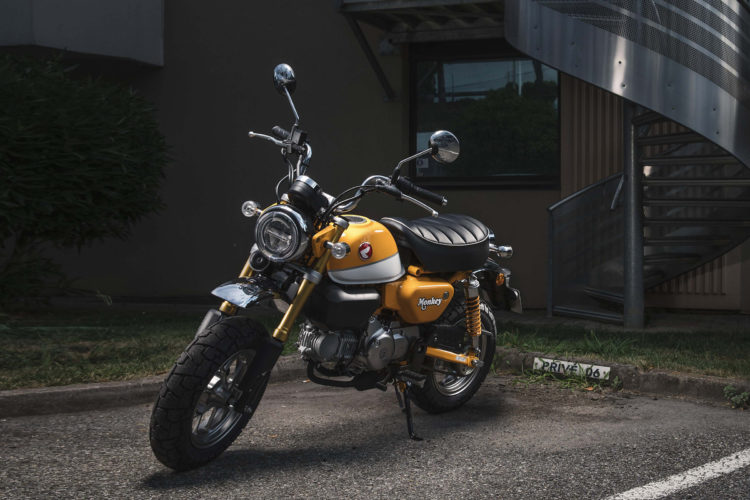 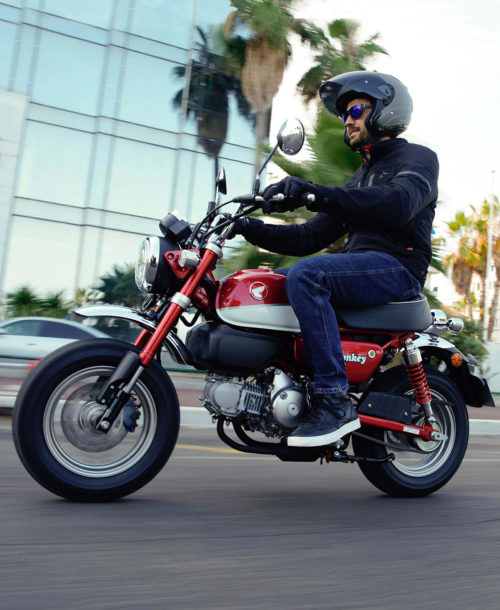 Oh, Honda.  You surprise us every once in a while.  For one of the most analytical and pragmatic manufacturers out there, we totally didn’t see the Monkey coming.  Imagine an even more playful Honda Grom and you’ve got the Monkey-but with way cool retro styling and real metal parts.  Yes, metal, how retro is that?  Arguably one of the most likely to be mistaken for a vintage motorcycle of all of the bikes listed here, and definitely the most affordable ($3999 MSRP)-but the Monkey isn’t really for everyone.  Skirting the edge between real motorcycle and toy, the Monkey utilizes a 125cc fuel-injected, four-stroke single to give the nine ponies to the ground.  Not much power on tap, but at a 235 pounds, you don’t need much either.  Click here to read more our thoughts on the Honda Monkey. 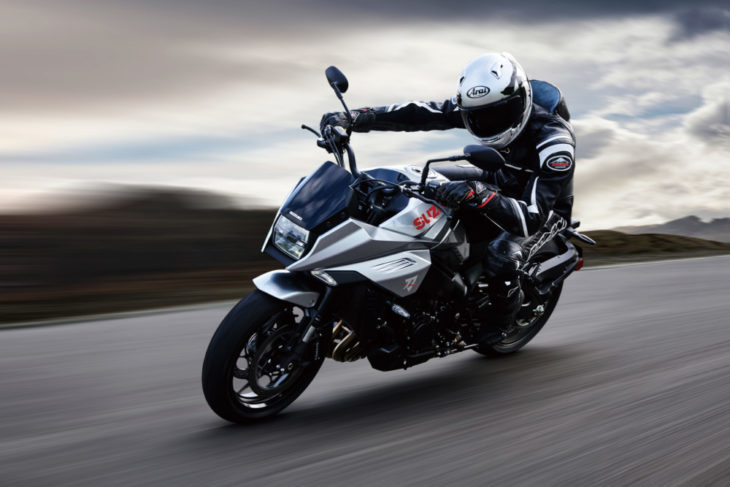 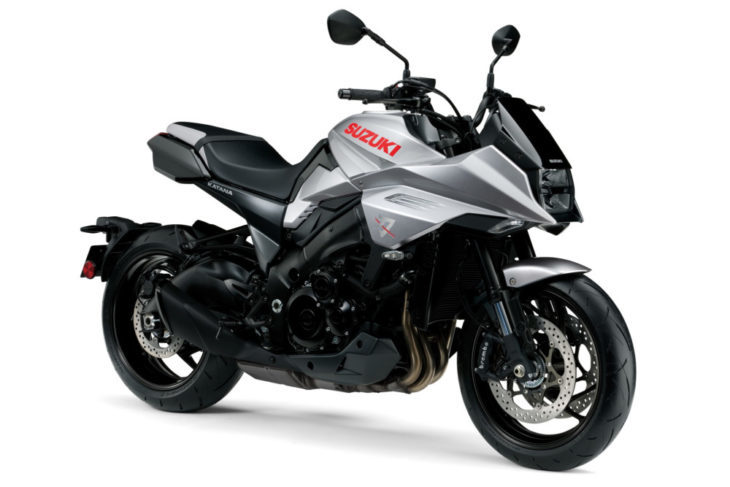 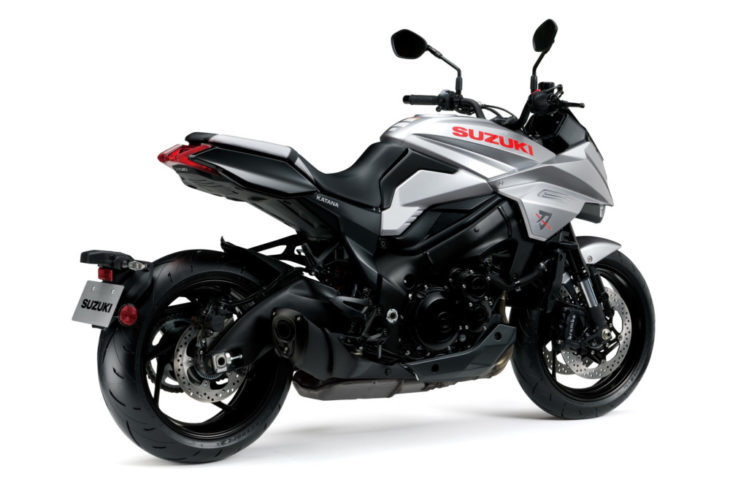 Not expected to hit showrooms until 2020, the new 80’s redux Suzuki Katana debuted recently.  Most of the bikes on this list are meant to bring one back to the 50’s, 60’s, or even 70’s…the Katana is more of a Magnum PI, white slacks, and sock-less penny loafers kind of a bike.  The 999cc inline four is tuned for great mid-range, making this bike sporty, but not too sporty.  The upright bars, and slightly rear set pegs reaffirm this assertion.  No pricing is available yet, but it’s essentially a Suzuki standard, so expect it to come in a lot less than nearly all of the bikes listed here, with the exception of the Honda Monkey. 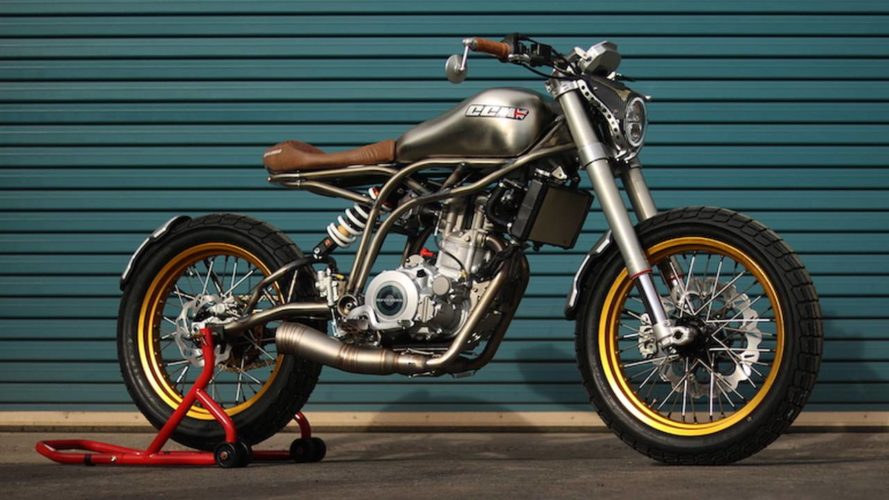 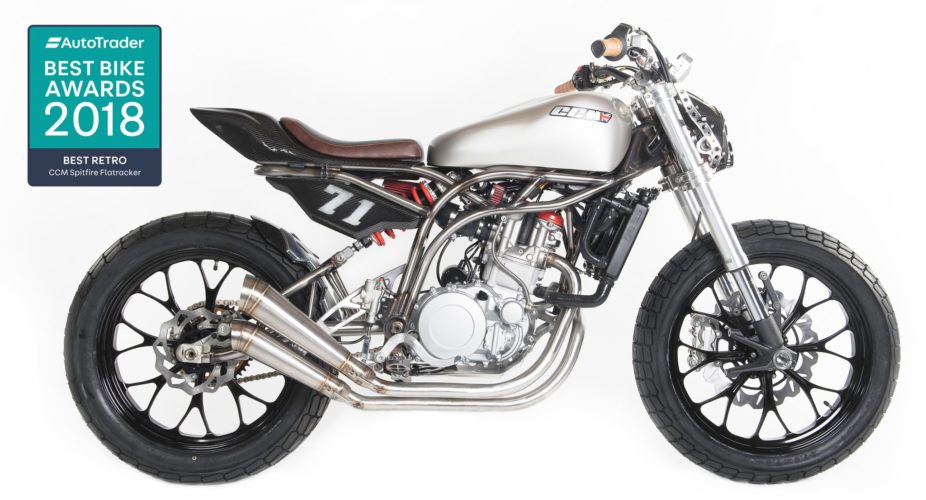 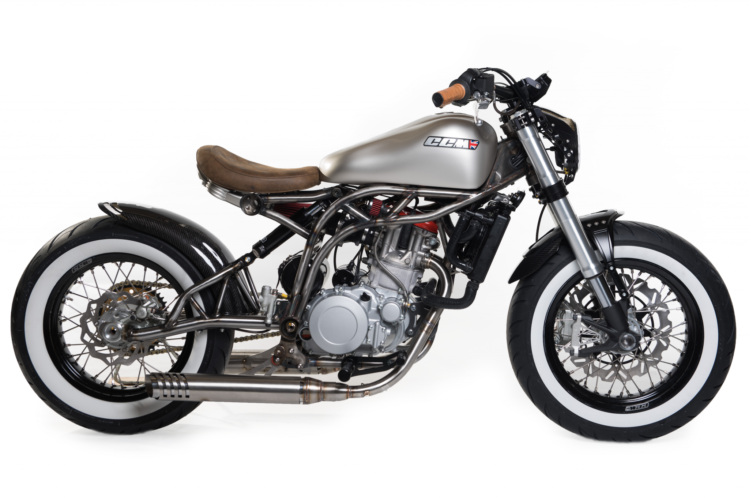 I am probably not going to make any fans over at CCM with this, but here we go.  The new 600cc line up of CCM Spitfires are retro inspired models that are extremely creative and unlike just about anything else on the market at the moment.  These competent single-cylinder bikes scream retro and look like a blast to ride-But, in the opinion of this writer, they are super awkward looking.  The BMW/Husqvarna derived 600cc engine is a well regarded motor, the chassis has some nice features, but the overall package is on the edge of unsightly.  Perhaps its the unnecessarily swoopy and stylized trellis frame, or maybe its the oddly-shaped aluminum blob of a tank, but most of the Spitfire models available are styling nightmares (though the Flat Tracker is the best of the bunch).  To play the devil’s advocate, one might say, “yah, but wait until you ride it!”  Okay, I get your point, but my bikes spend more time parked then they do getting ridden, and unless you are some kind of workaholic-motorcycle courier, your bike likely does too.  When I grab a cup of decaf late at night after the kids and wife are asleep in bed and I sit and stair at my chaotic garage full of bikes and projects I want to see something pleasing-a CCM Spitfire would likely leave a confused look on my face.  Sorry CCM owners.  Please explain how I’m wrong in the comments below! 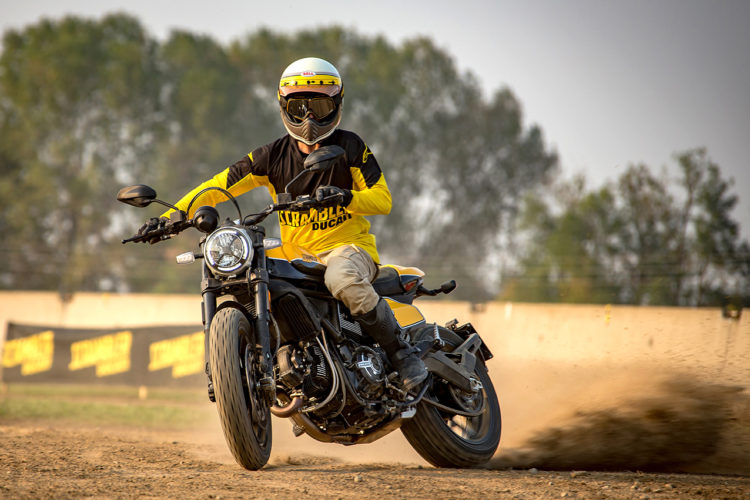 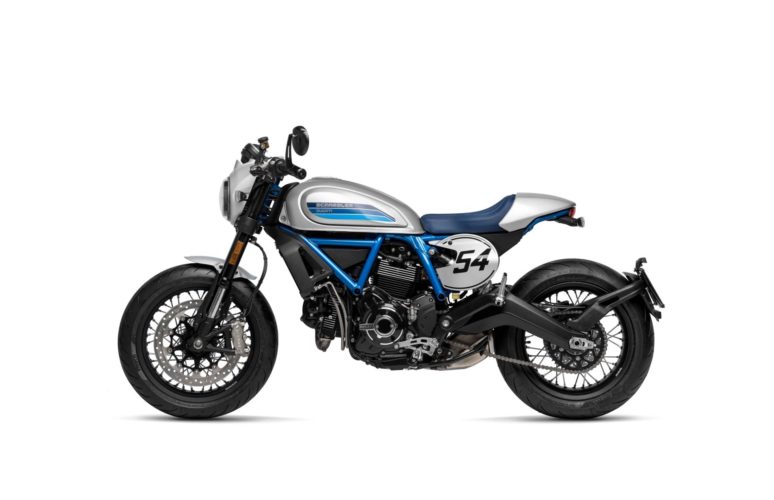 The Ducati Scrambler was quite a big deal when it bursted back into the motorcycle scene back in 2015.  With it’s first update coming out this past week, Ducati is already fine tuning an already great retro inspired motorcycle.  There are critics out there, and Scrambler’s styling is not for everyone, but the Ducati brand within a brand method has created some unique bikes like the Dessert Sled, Cafe Racer, Sixty2, Icon, and Classic and now a 1200cc monster.  While designing the Scrambler, the sub 30-year old team attempted to create a bike that would exist if Ducati never ceased building the Scrambler back in the mid-70’s.  A cool goal, and many would say mission accomplished.  We’d like the bike a little more if it shed a few pounds, but overall it’s a versatile bike that will let the world know you like to ride something a little bit different than everyone else. 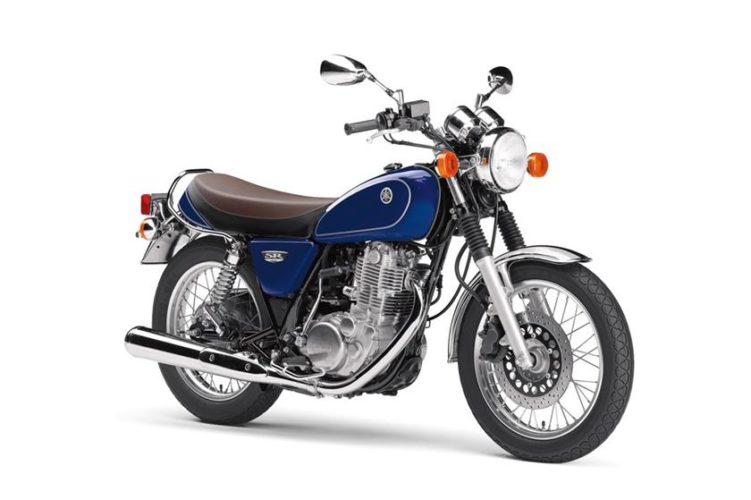 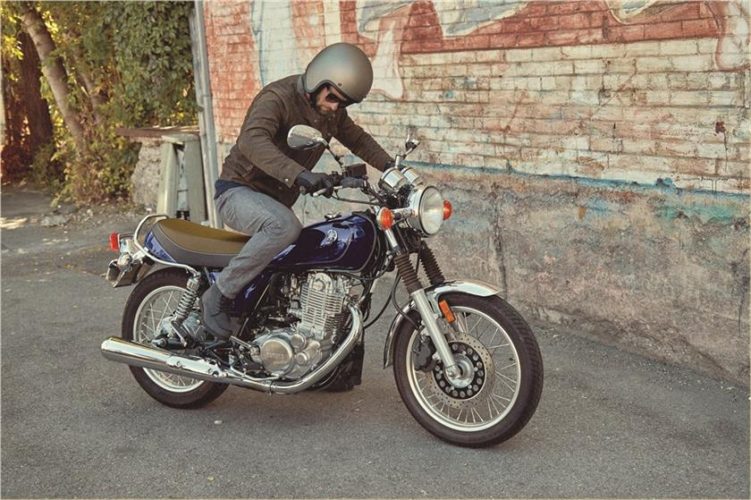 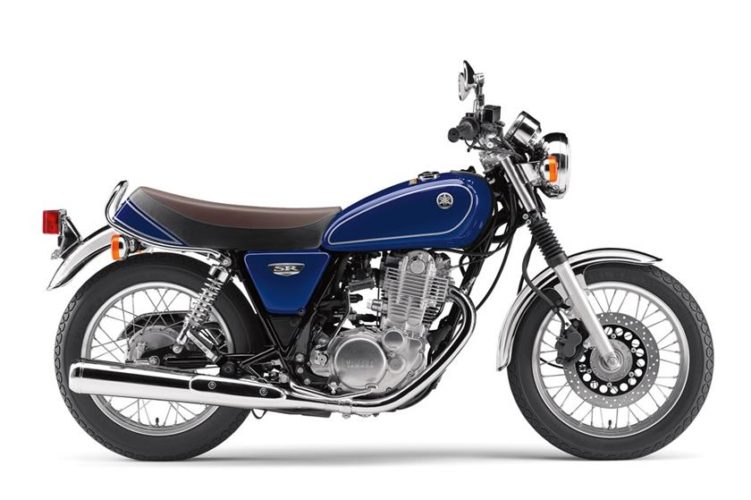 Every once in a while a product goes away, just to come back a few years later, with a shrugging manufacturer wondering what they were thinking discontinuing something that was still popular with consumers.  Mother’s Cookies did this with those pink and white Circus Animals cookies (they’re great frozen by the way),  Twinkies did the same thing (incredibly good frozen)-even the Furby went away just to come back (don’t recommend freezing these).  Yamaha admitted the same mistake was made with the SR400.   The single-overhead cam, 399cc four-stroke single maybe the most genuinely retro bike in our line up because it really hasn’t changed much since it was originally released in 1978.  Talk about a thoroughly tested product, we’re pretty sure Yamaha has got the bugs worked out of this one.  The SR400 is advertised as a blank-slate kind of a bike.  The build is rather boring for a reason, the bikes owner is encouraged to customize it and make it into a unique personalized ride courtesy of the Yamaha catalog and a thriving aftermarket.  At $5999 it’s a bit pricey for what it is, but quite a bargain when compared to a few of the other bikes on this list. 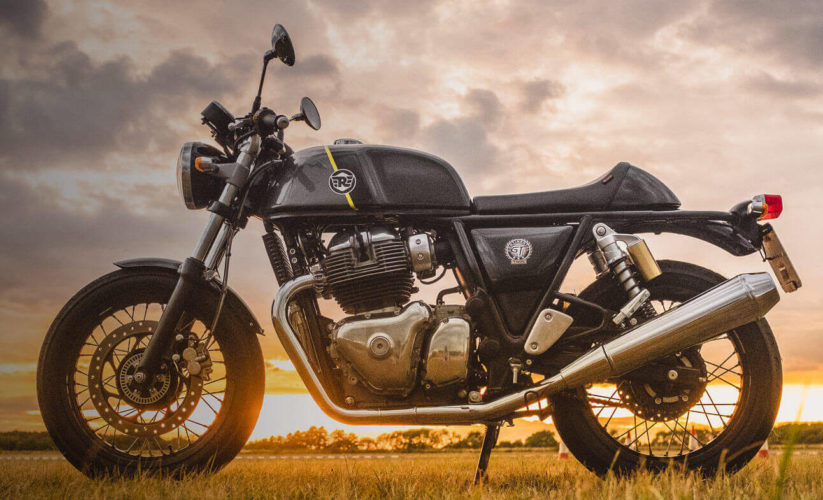 Last year Royal Enfield finally debuted their first truly new engine design in half a century.  The 650 twin is meant to be the best of both worlds.  The bike features tons of traditional vibe with the air-cooled, parallel-twins construction, but fuel injection disguised as a pair of old Amals, disc brakes, and available ABS makes the Royal Enfield a bit more comparable with modern counterparts than ever before.  In two different builds, the sport-standard Interceptor and the cafe racer Continental GT, you can have an Indian built British icon starting at $5,999, coincidently the same price as the SR400.  Interesting. 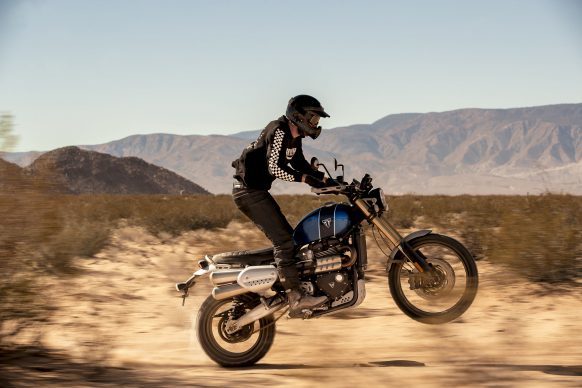 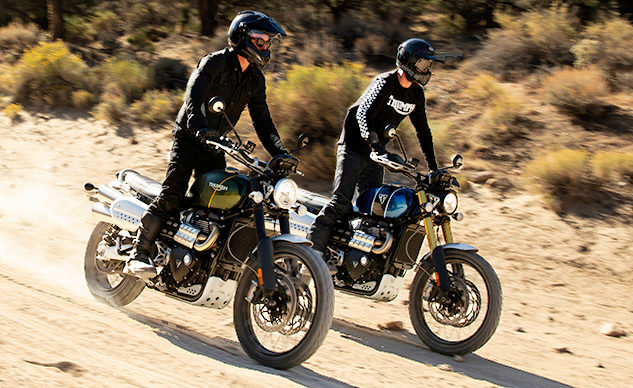 We’re pretty sure that if Steve McQueen was still around, you’d see him cruising down Ventura Boulevard on either a beat to heck 1960’s Triumph Metisse, or this, the completely re-vamped 1200 XC Triumph Scrambler.  Summoning just about all of the 60’s dessert-sled ruggedness as possible and still being a modern motorcycle, the 2019 Triumph Scrambler is a sharp looking bike and more capable than ever.  With 88.7hp on tap the XC, or the more off-road friendly XE are being called “real-deal” scramblers.  Triumph is saying both of these bikes are meant to be great street bikes, but are not limited to just riding on the black stuff.  If you’re looking for an attractive, reliable, unique retro bike, the new 1200cc Triumph Scrambler are great candidates.  Pricing isn’t available yet, but we’d expect this beefy, new Scrambler re-deux to fall somewhere between $12-15K USD. 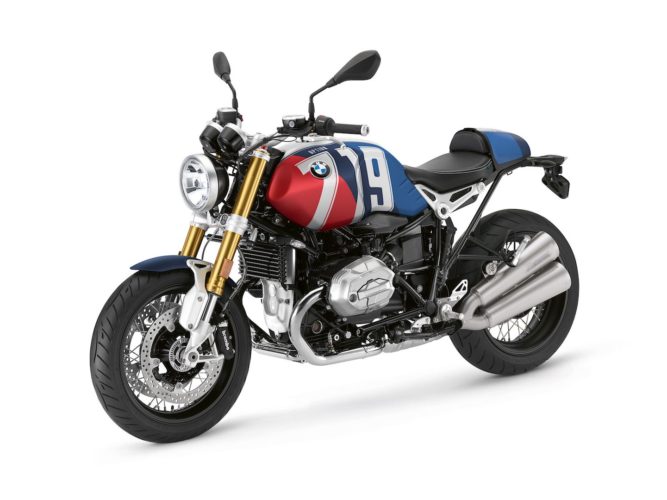 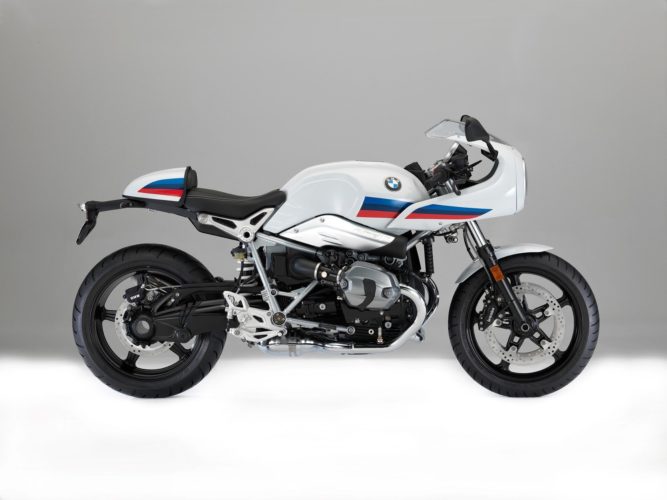 Arriving back in 2014, the BMW Heritage line has developed from the original Heritage 9T to the 9T Racer, Pure, Urban, and Scrambler.  The BMW boxer twin has been in production for nearly a hundred years, and this 1170cc DOHC version is one of the best with a potent 96 hp on tap.  This classic Beemer is just as gorgeous now as it was when debuted four years ago.  With some of the models utilizing spoked wheels, brown leather seats, and even retro inspired number plates, the classically inspired Beamers definitely stand out in a line up of plastic-clad performance bikes.  The boxer, air-cooled twins are arguably some of the most attractive bikes in our line up.  Obviously, you’re going to have to dig a bit deeper for one of these, starting at $15,495.

So, which retro would you add to your garage?  Tell us below in the comments section!