After the longest dry spell in Los Angeles County for over 12 years, the skies felt like it would be a good time to play catch up at the exact moment crews began setting up for the return of the El Camino Motorcycle Show and Swap Meet.  The clouds then decided to clear out exactly when it was time to start packing things up.  Yep, you just can’t make this stuff up.  For the rest of the world, a rainy bike show or swap meet might be the norm, but for Southern Californians, the rainfall was a freakily timed natural phenomenon that kept a lot the show goers and swap meeters hiding behind curtained windows.  Even with the strange wet stuff falling from the sky, a decent amount of diehards like ourselves made the event pure joy.  Soggy socks, melting card board boxes, and leaking EZ Ups just added to the fun.

The El Camino Show and Swap Meet has been a Southern California motorcycling staple event since the 1970’s-before a lot of these bikes were even vintage.  Conflicts with the quickly growing host, El Camino College, moved the event to Irwindale Speedway for a couple of years, but the hot location on the outskirts of Los Angeles County just wasn’t working.  Earlier this year, El Camino College finally agreed to allow the event to return to the top of their parking garage, just like old times.  Normally hosted by Classic Cycle Events, another organizer, Toppings Events, stepped in to help with the return of El Camino.  Toppings has been pulling off car and motorcycle swap meets in So Cal for years and were able to create a very professional and well organized event.  It’s really a shame the weather kept some of the spectators and showbike owners at home and didn’t allow more people to enjoy the fantastic event the Toppings crew put together. 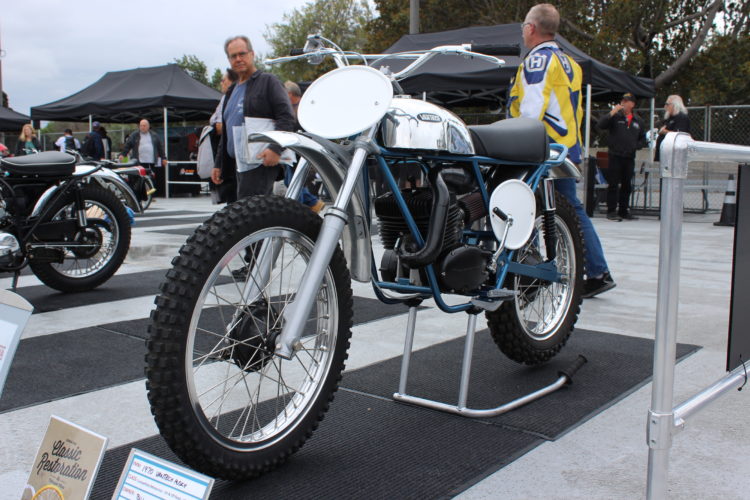 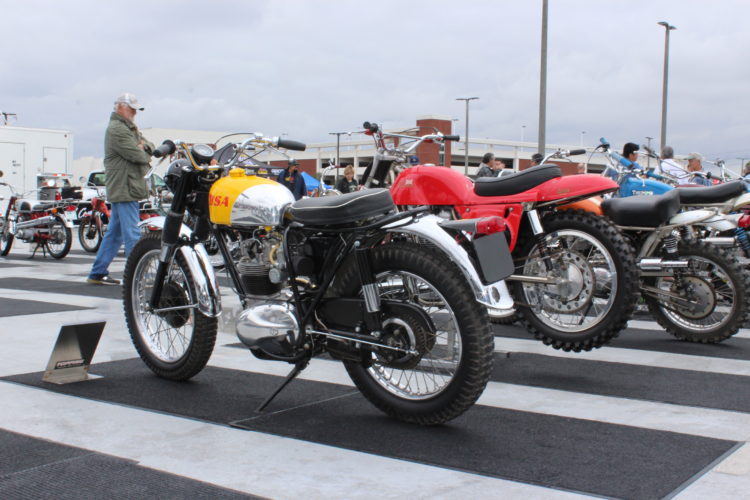 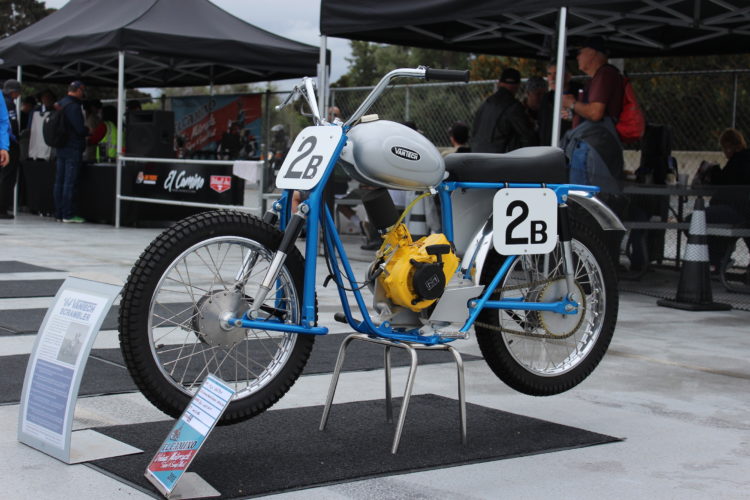 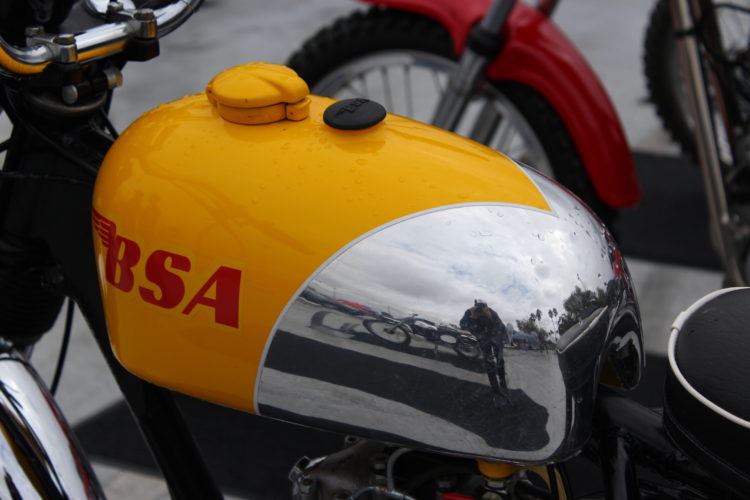 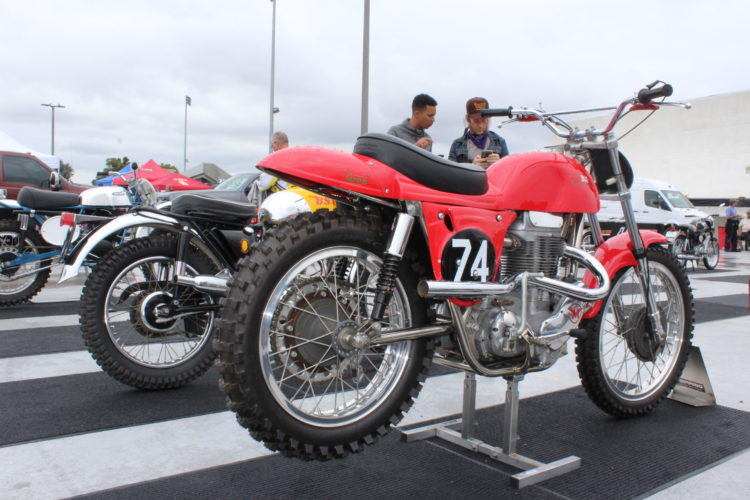 Though there were gaping holes in the show due to the weather (a little rain wont hurt your bike!), the bikes that were there were definitely worth seeing.  I guess it’s not a huge surprise that the least weather-impacted show category was the off-road competition bikes-I guess those guys are used to a little smudge here and there.   We especially enjoyed the trio of Rickmans.  One a red, Matchless powered MK3, a burgundy, Triumph 500 powered MK3, and a blue, Triumph 500 powered MK4.  It was interesting see the iconic MK3 design, and then the updated one (MK4) side by side.  We have to admit, the curvy nature of the MK3 is a bit more visually appealing, but the MK4’s frame looks like a stronger and more compact design update (which it was).  It was also entertaining to see the “other Dick Mann Daytona Winner” BSA Rocket 3.  If you don’t know what we mean, click here and read the article-it’s interesting, we promise. 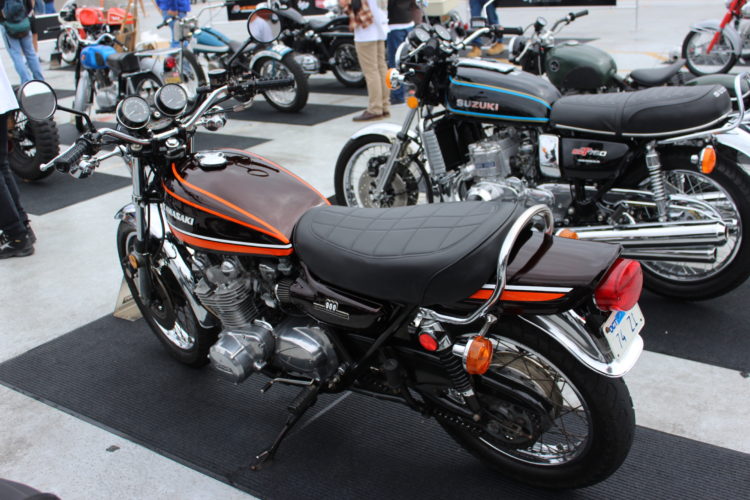 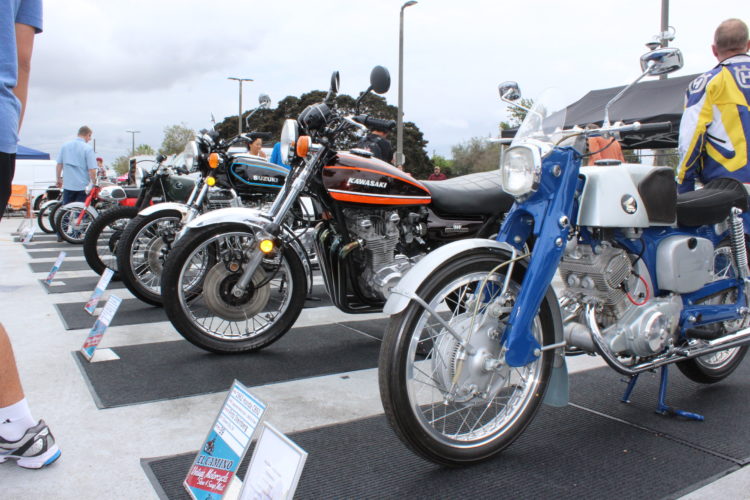 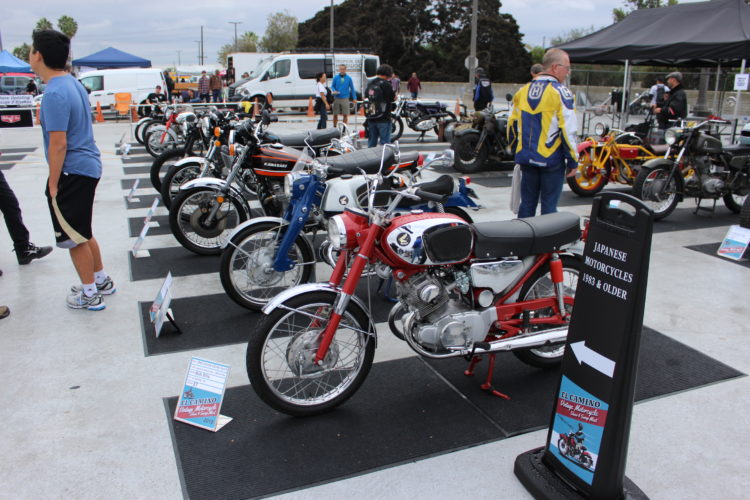 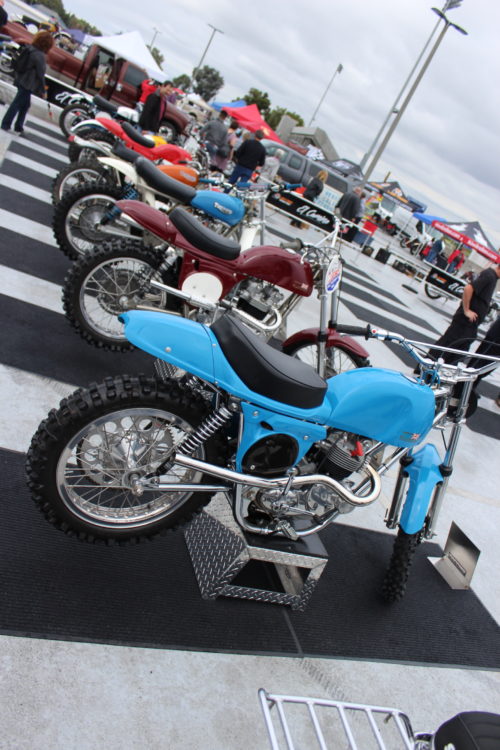 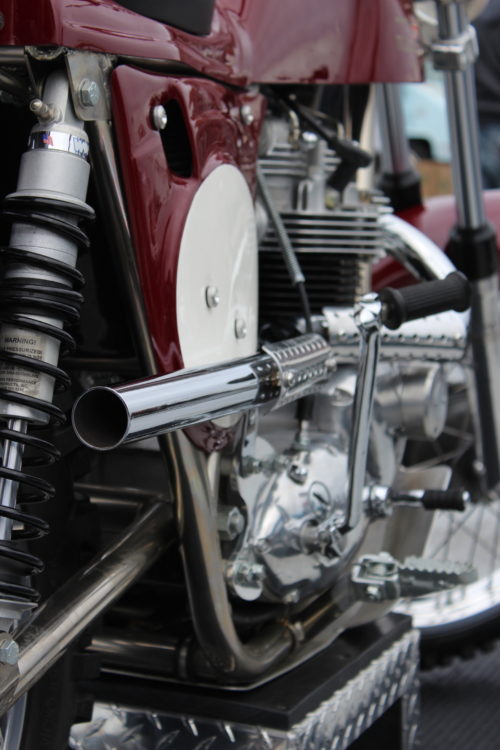 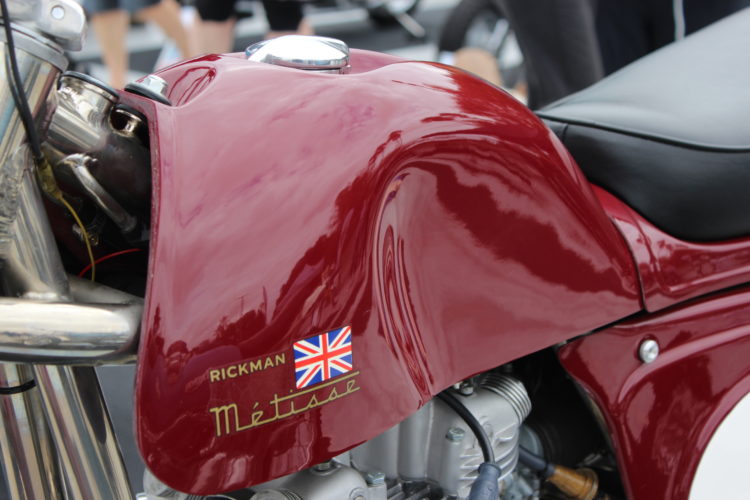 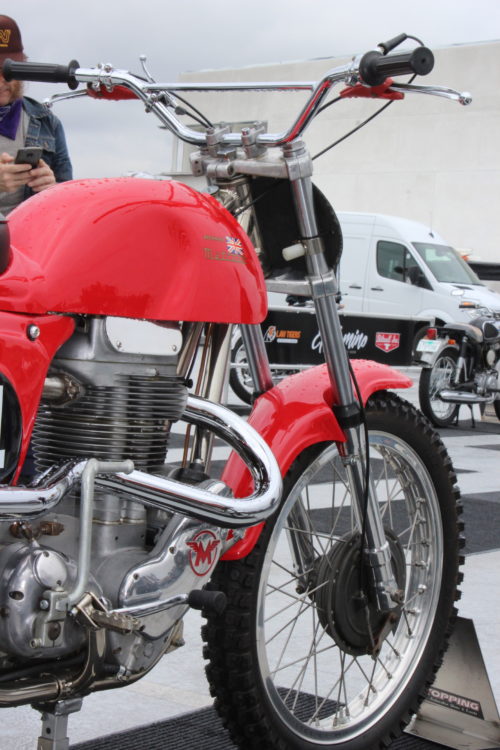