The yearly Giro di California is on my short list of events to participate in next year.  The ride mimics the fabled Italian street race of the 1950’s, the Giro d’Italia Motociclistico (often called the MotoGiro), and takes place in a different California location around September each year.  Open to pre-1958 175cc and smaller Italian machines (and like models) this event is the real-deal, complete with roll charts, time keeping, agility tests, and intricate back country roads.  With awards given to first, second, and third place in several different displacement categories, the Giro di California can be a serious competition, or a fun few days of riding with friends-or both? 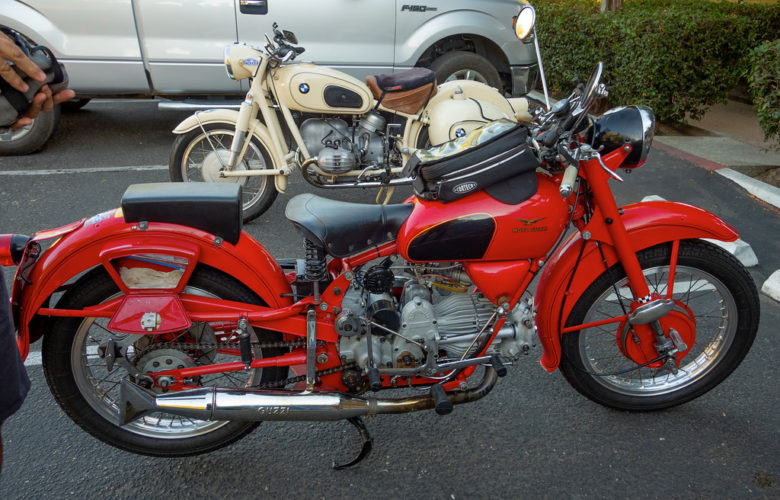 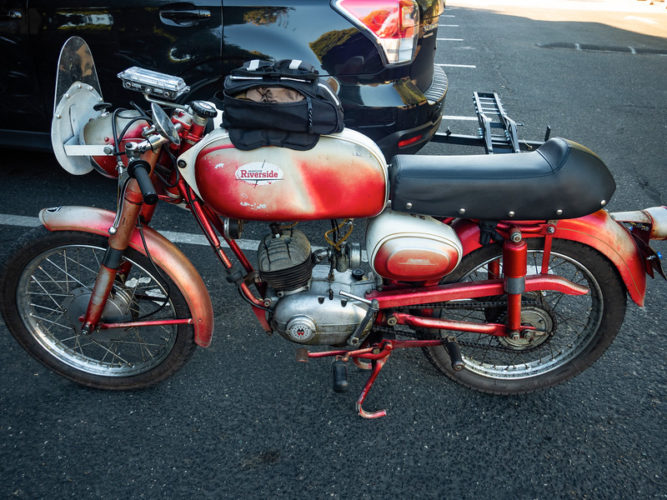 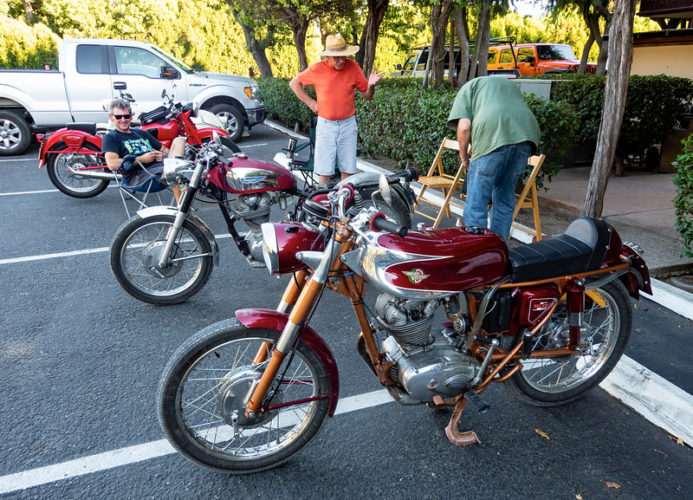 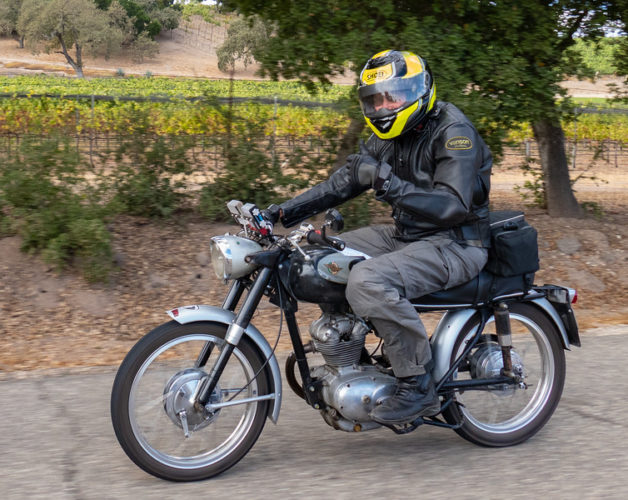 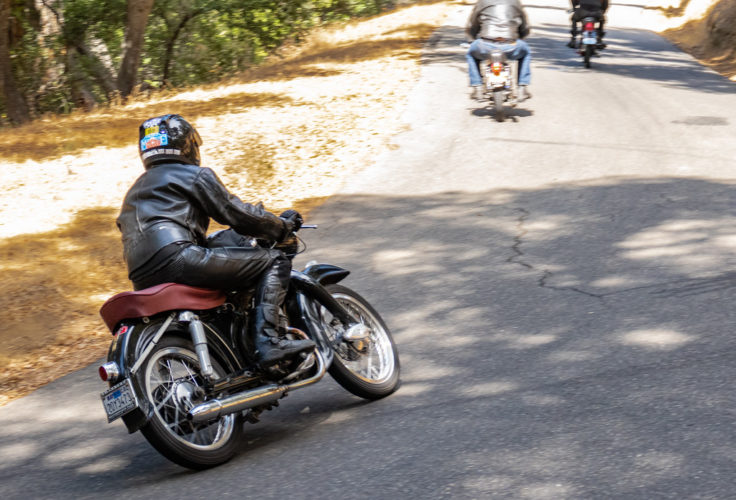 Organized by keen motorsports enthusiasts and event coordinator, Harley Welch, the 2018 Giro di California was all but cancelled due to poor timing with employment commitments.  However, the Giro  fraternity just wouldn’t have it.  Soon after Harley’s apologetic announcement that he would be unable to run the event per usual, the challenge was accepted by several Giro riders to put on the first “self-service” Giro.  Harley created an itinerary, rider Ralph Nobel created a route, and chase trucks and hotel reservations were arranged and the 2018 Non-Giro was born.  There may not have been official roll-charts and a concluding awards banquet, but a good time and plenty of camaraderie was had regardless.  Hats off to Harley for creating and maintaining an event so popular that word of it’s cancellation was rejected! 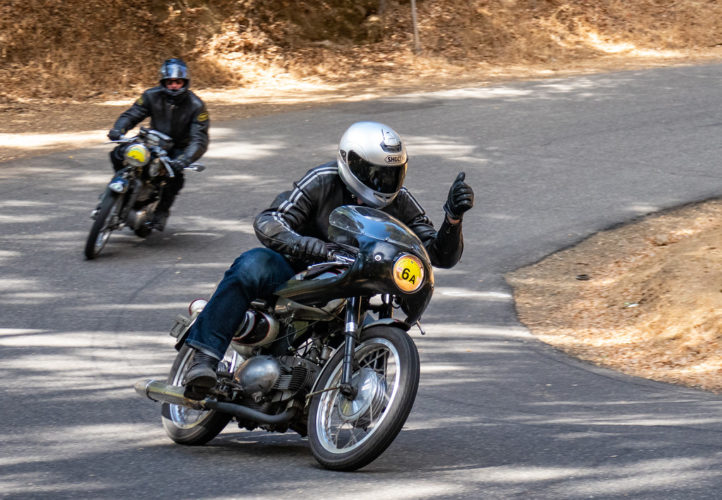 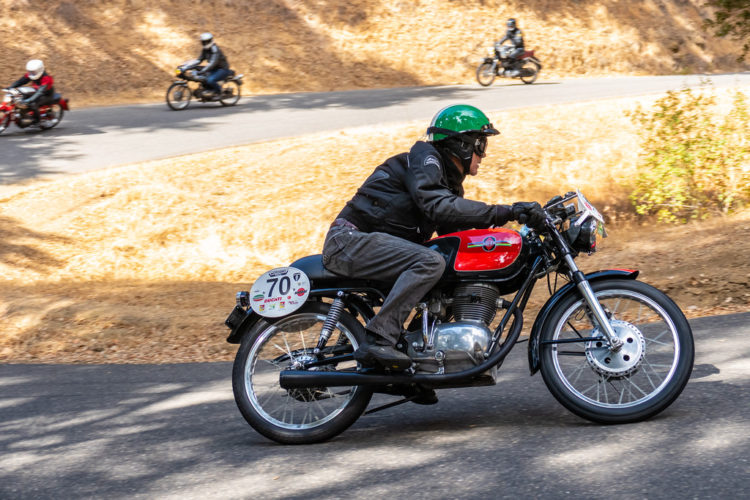 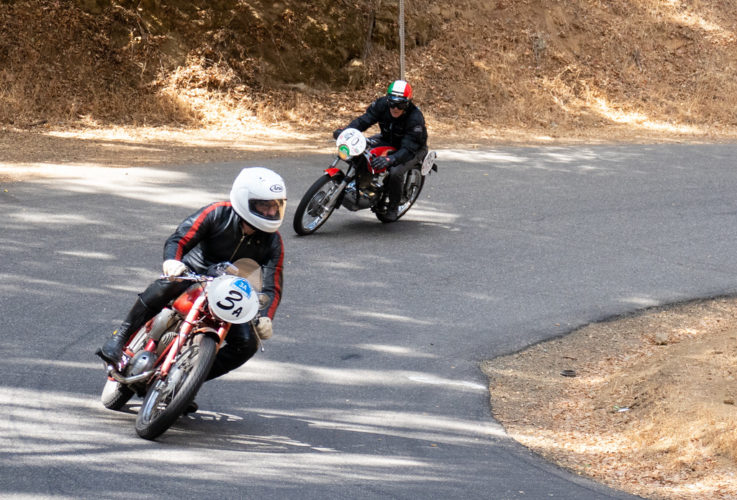 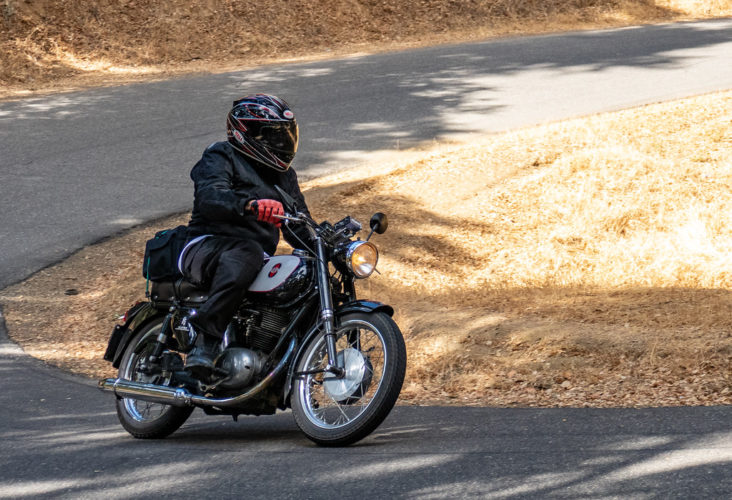 The 2018 California Non-Giro was based out of Buelton, California, and consisted of picturesque rides through the surrounding Central California valleys.  One of the popular stops was a ride through the the quirky Dutch-themed town of Solvang, and of course a visit to the Solvang Motorcycle Museum, where owner Virgil Elings gave the Non-Giro riders a personal tour.  A special thanks to the rider and photographer Craig Howell for sharing these fantastic pictures of the 2018 California Non-Giro.  Another thanks to all of the organizers and riders of this event.  Seeing vintage Italian motorcycles carving through the mountains of Central California should give any vintage motorsports enthusiast a reason to smile. 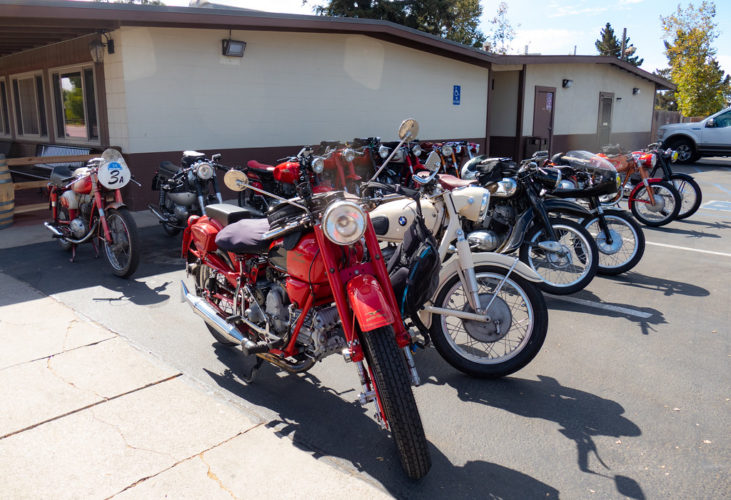 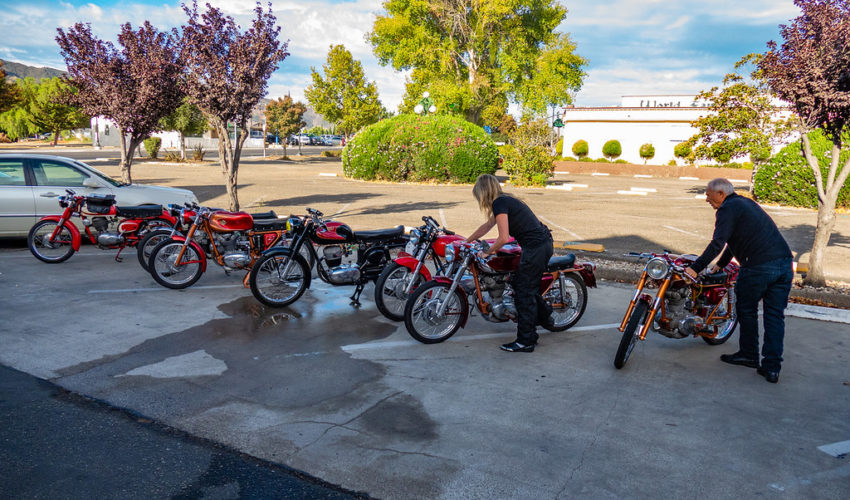 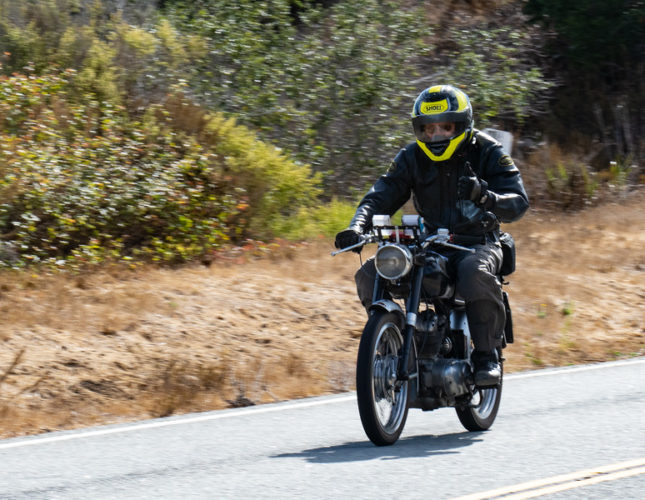 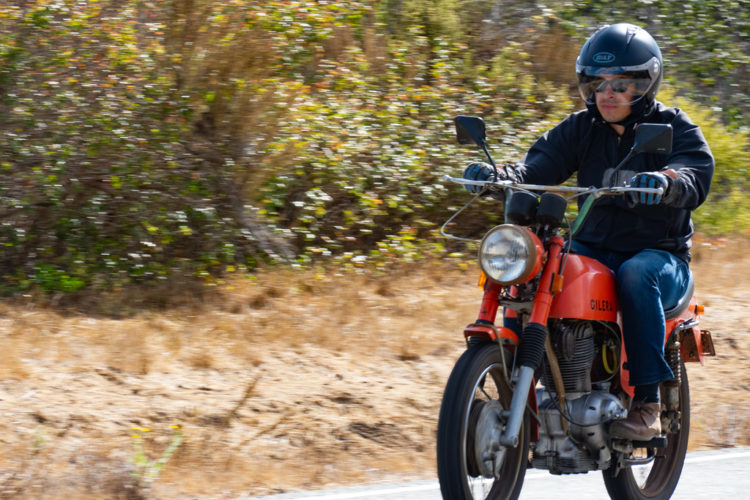 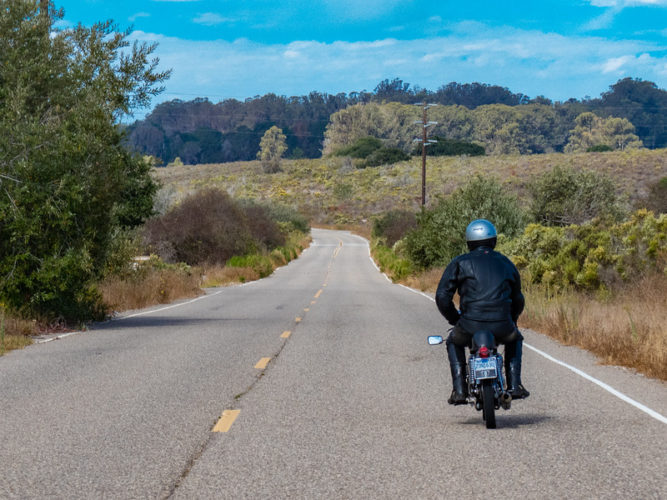 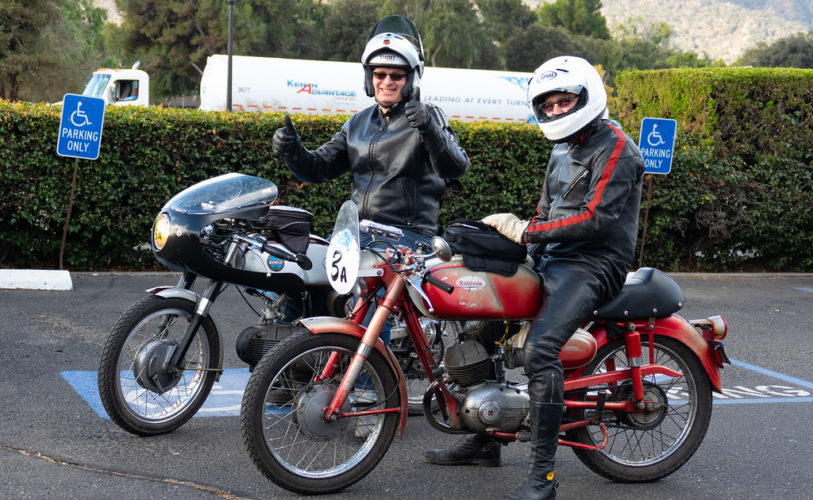 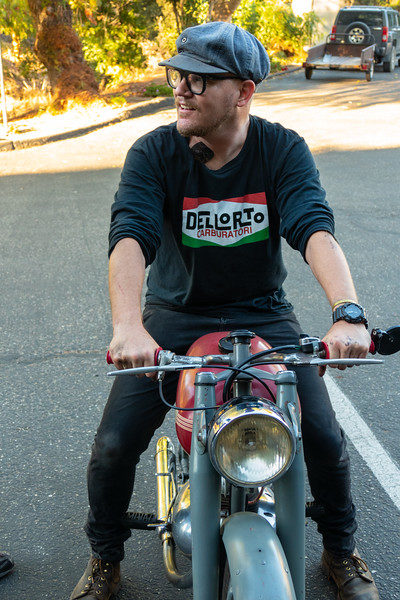 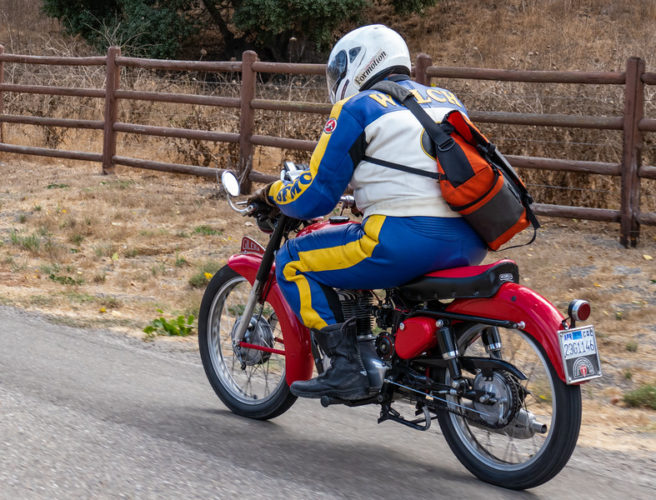 For more information check out the following sites:   Giro d’ California and The Solvang Motorcycle Museum