BMW Group Classic is showing its commitment as the main sponsor of the youngtimer tour once again. The iconic BMW M1 and BMW 3.0 CSL coupés are reminiscent of the 1970s and will lead a colourful flotilla of vehicles. For the first time, the 17th edition of the cult touring event will also include two classics from BMW Motorrad.

Munich. Whenever you find noticeably jovial people climbing out of youngtimers and oldtimers somewhere in Germany or in a neighbouring country in order to test their mettle in tea-bag throwing competitions or parking-lot Mikado, it can only mean one thing: “Creme 21” is back. The somewhat alternative regularity test for cars, most of which are at least 21 years old, will be held this year between the city of Essen and Luxembourg from September 12th to 16th. BMW Group Classic is again the main sponsor of the 17thedition of the youngtimer tour and is represented with seven vehicles in the field of around 250 participating teams. For the first time, two classics from BMW Motorrad will also roll up to the starting line. 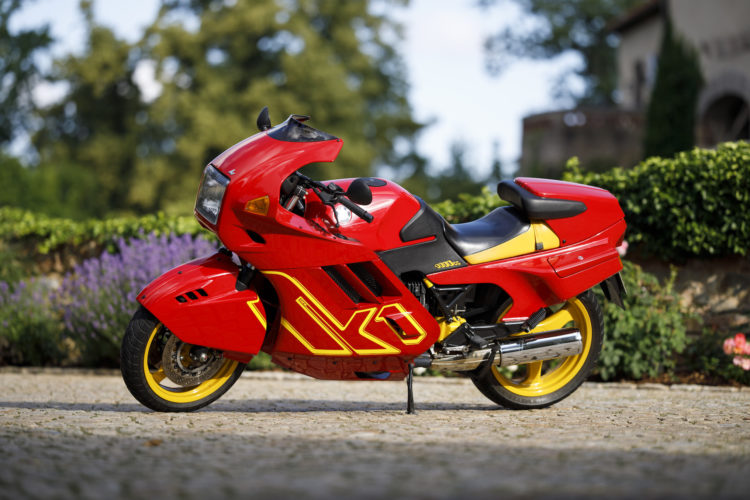 The “Creme 21” rally is named after a range of cosmetic products from the 1970s that came in bright orange pots. The “21” in its name reflects the legal age at the time and was meant to convey the fact that the skin cream was beneficial to old and young alike. By the same token, the youngtimer rally celebrates the period between 1970 and 1990 – with Capri sun instead of champagne, with Ahoi-Brause sherbet powder instead of muesli bars and with TriTop instead of popsicle cocktails. “Creme 21” still cares for the skin – as well as paying homage to people’s relationship with the beloved automobile.

The starting point of the cult tour this year will be in the grounds of the Zollverein Coal Mine Industrial Complex in Essen. Following a technical inspection of the vehicles in the shunting yard of the former coal mine on Wednesday, September 12th 2018, the tour will get underway there on the following day. As a special tribute to times past, it will end in the evening with a film shown at a drive-in cinema in Essen. Not only the teams and their vehicles will gather there: other visitors are also welcome to pull up in front of the large screen.

The next stage of the rally on Friday, September 14th will take the convoy to the Zinkhütter Hof Museum, which presents the industrial, commercial and social history of the Aachen region. It will then proceed to the Aldenhoven Testing Centre, an interdisciplinary mobility test centre run by RWTH Aachen University, where, among other things, there will be ample opportunity for difficult but entertaining tests on the two-kilometre oval track, the rough terrain track, the driving dynamics range, the braking lane and the handling course. On the following day, the participants will enjoy a stopover at the Vulkan Brewery in the Eifel Mountains, after which they will head for the neighbouring country of Luxembourg, where BMW Group Classic will hold an evening event. The finale and high point of the “Creme 21” rally is the awards ceremony, which will be held on the Goodyear Proving Ground in Colmar-Berg after the final stage.

This year BMW Group Classic is sending five cars and, for the first time, two motorcycles to the “Creme 21”. The oldest vehicle is the iconic BMW 3.0 CSL, which in its original version dominated the roads from 1971. First powered by 180 hp and from 1973 by 206 hp, the lightweight coupé was lightning fast. A curious feature that still turns heads is its oversized rear spoiler, which was not approved for road use and was supplied unmounted in the car’s boot. The racing version secured the European Touring Car Championship for BMW first in 1973 and then every year between 1975 und 1979.

The BMW M1 is celebrating its 40th birthday. Presented in 1978, it was BMW Motorsport’s first racing car that was not based on a production platform. Among other events, the BMW M1 caused a sensation at the 1979 and 1980 Procar Championship, which was created specifically for it. The road version was the first car sporting the now world-famous “M” in its model designation. The BMW M1 with 277 hp of muscle was the brand’s most expensive vehicle to date with a price tag of 100,000 marks. And with a top speed of 260 kph or more, it was the fastest German road sports car of its time. It still manages the sprint in 5.6 seconds.

A genuine youngtimer is the BMW 323i from the third model generation of the mid-class series built from 1990. The BMW 323i, powered by a six-cylinder in-line engine generating 170 hp, was available from 1994. In total, BMW produced more than 1.5 million units of the saloon. Counting other body variants, more than 2.3 million units of this model generation were built – a whole fleet of future classics.

A youngster among the classics is the BMW Z3, which completes the brand’s phalanx. The roadster was presented in 1995 and was built in the BMW plant in Spartanburg, South Carolina. Four and six-cylinder engines ensured a sporty performance. The two-seater BMW M roadster generated up to 325 hp.

The MINI brand is represented at the “Creme 21” rally by a unique specimen. The imaginatively embellished classic Mini was created for this year’s International Mini Meeting (IMM) in Portugal. It is one of the last of its kind to roll off the assembly line in Longbridge, UK in 2000. Artist Nic Nagel has embellished the car’s bodywork with colourful surfer motifs and slogans. Thanks to this striking design, the classic Mini elicited waves of enthusiasm at the IMM in the surfing paradise of Praia de Mira. 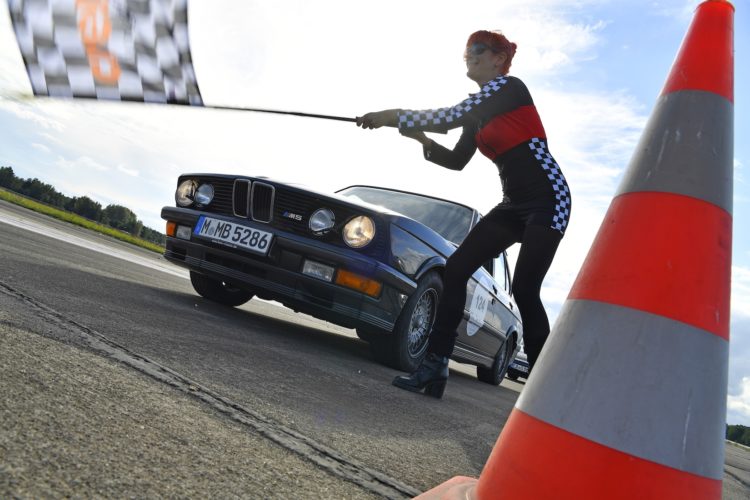 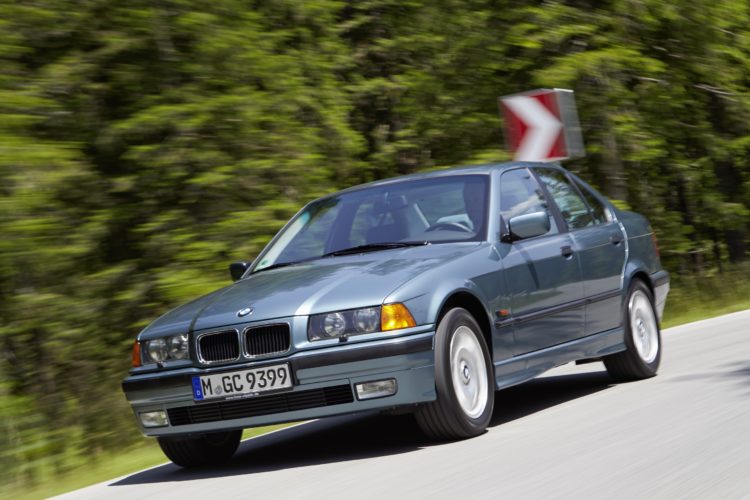 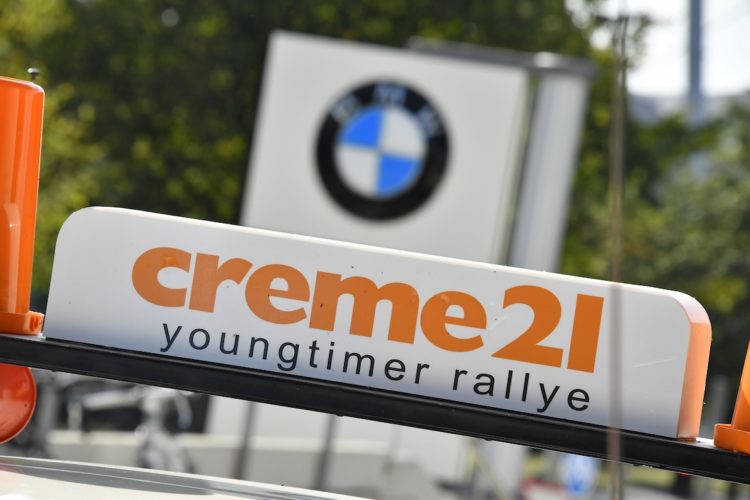 For the first time, BMW Group Classic has also chosen two motorcycles for the “Creme 21” rally. The BMW K1, which will turn 30 this year, is considered to be one of the first super sports motorcycles. Its hallmark is a full fibreglass fairing comprising seven parts. A 100-hp four-cylinder, 16-valve in-line engine propels the BMW K1 to a top speed of 240 kph. Almost 7,000 units of this model were built at the BMW motorcycle plant in Berlin-Spandau.

The second two-wheeled classic in the rally field is the BMW R80 G/S. It was the first multi-cylinder enduro motorcycle and BMW Motorrad’s first production model with a single-sided swingarm. Its boxer engine with a capacity of 797 cubic centimetres delivers 50 hp. The BMW R 80 G/S triggered fresh enthusiasm for enduro sports in the early 1980s. By 1987 more than 33,000 units of the model had been manufactured. It set the stage for the GS success story at BMW Motorrad and the continuing triumphant march of the brand’s touring enduros that feature outstanding off-road and all-round characteristics, large-volume boxer engines and single-sided swingarms − a design that, among other successes, led to four overall victories in the Dakar Rally.