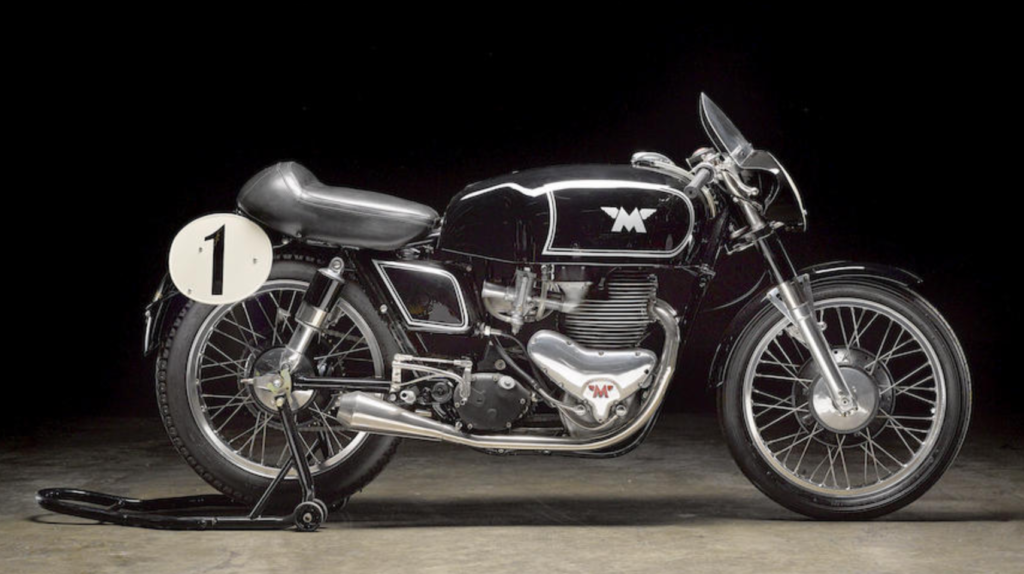 If you are anything like us, you watched the Barry Sheene Memorial races at this weekend’s Goodwood Revival and quickly added riding a genuine British 500cc gran prix racing machine to your moto bucket list.  Well, we’ve got good news.  Movie industry motorcycle suppliers and vintage restoration specialists Glory Motorworks (www.glorymotorworks.com) have decided to move on their 1955 Matchless G45, genuine grand prix road racer to a new home.

This Matchless G45 is one of approximately 80 machines ever constructed and represents a unique phase in the Matchless racing history.  The bulky machines bucked the new trend of the era, which was building overhead cam singles, and staked the Matchless racing department’s  reputation on a rev-happy parallel twin.  The G45 was loosely based off of the G9 street variation, and produced competitive horsepower in the mid-fifties by the end of it’s development the late 1950’s. The pre-unit lower end comprised of a three bearing crankshaft which powered the roller cam followers high behind the motor.  These abnormally high cam followers meant the ultra-light pushrod tubes could be extremely short and sustain much more abuse than most pushrods. A pair of massive Amal carburetors poured fuel into the cylinder head, which bared a resemblance to the G9, but with massive cooling fins and much larger valves.  The curvaceous black-alloy tank and leather covered seat may remind you of the more popular, Matchless G50, and that would be because this bike was essentially the G50’s father (or mom, we don’t want to be sexist).

This specific machine spent it’s competitive racing years in South Africa, where Borro “Beppe” Castellani, seven-time South African Road Racing champion put the bike to good use, upsetting many foreigners, such as world champion, Jim Redman, by his unarguable talent on the South African short-circuit tracks.  Sometimes it is hard to prove a bike’s previous owner, not the case here.  This machine was branded by “Beppe,” as he imbedded a South African coin into the crank cases, a tradition “Bepe” carried out on many of his racing machines.

Want to make this incredibly beautiful motorcycle yours?  Click here to see the Ebay auction, or contact Glory Motorworks directly.   If you do, let us know…we really want to ride it.

(All Photography Courtesy of Glory Motorworks) 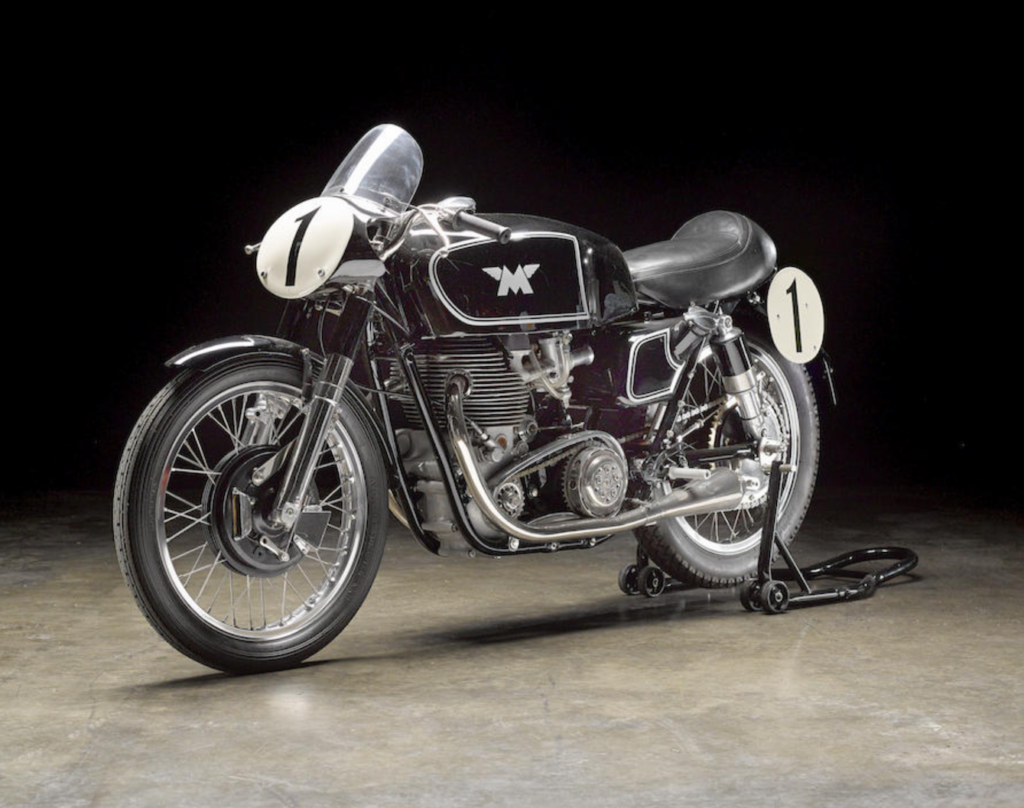 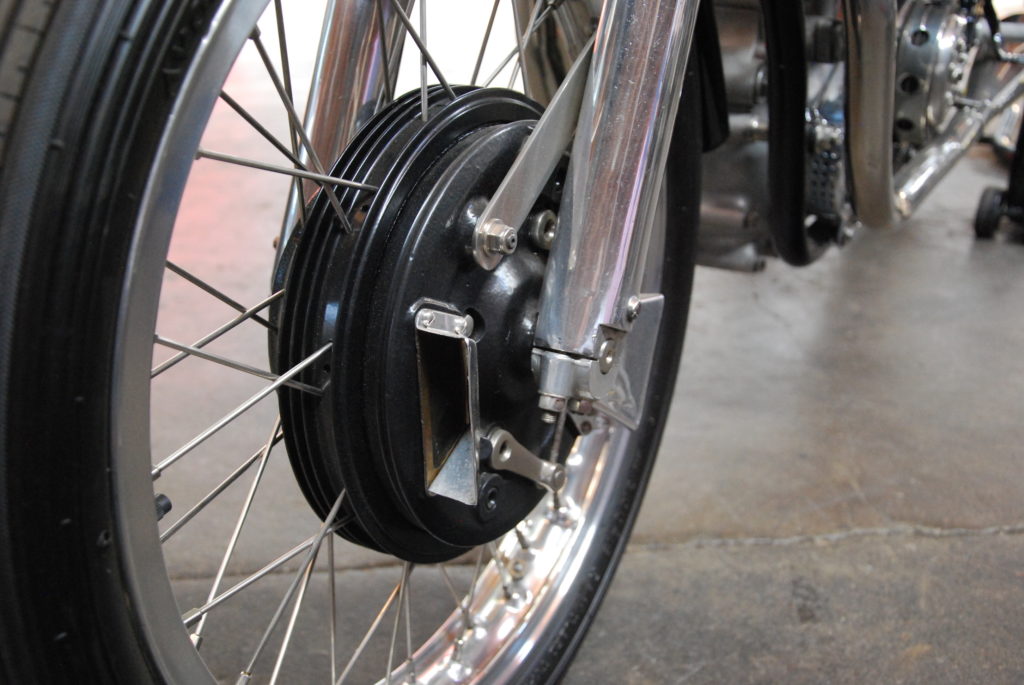 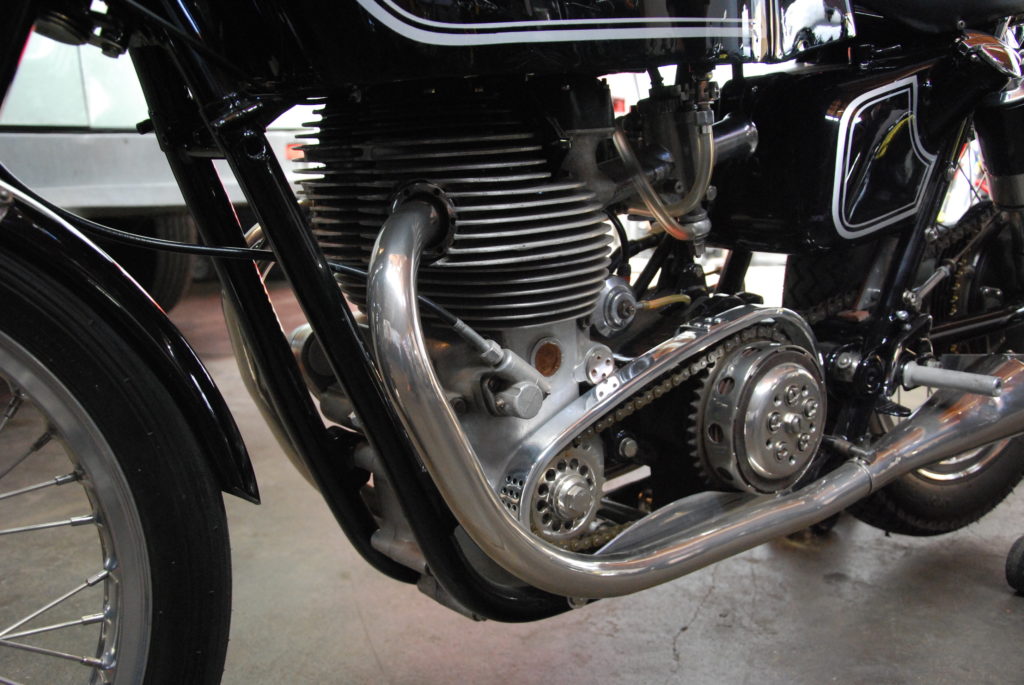