The premier motorcycling culture celebration will honor off-road racing icon Malcolm Smith as the 2019 Legend of the Sport, alongside a showcase of 300 priceless historic classics and incredible food. 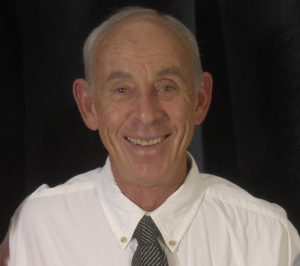 Carmel, Calif. (March 25, 2019) – The Quail Motorcycle Gathering, a Peninsula Hotels’ Signature Motoring Event, has announced it will honor off-road racing legend Malcolm Smith, one of the winningest riders in the history of off-road endurance motorcycling and co-star of the historic motorcycling documentary “On Any Sunday”, as the 2019 Legend of the Sport at this year’s event.

“It’s an incredible honor to be named the 2019 Legend of the Sport,” said Malcolm Smith. “The Quail Motorcycle Gathering is a truly world-class event and being spotlighted here is one of the highlights of my career.”

Since his first race in 1956, Malcolm Smith has been a fixture in off-road motorcycling. Over the course of his career, Smith has won many top-level endurance off-road events, including six victories at the Baja 1000, four victories in the Baja 500 and eight gold medals in the International Six Day Trial, among many others. In addition to his success as a racer, Smith has become an ambassador for motorcycling in film, most famously as a co-star alongside legendary actor Steve McQueen in 1972’s “On Any Sunday”. He has also been a leading force in the motorsports business for the past 50 years and continues to leave his mark in Southern California and Baja, Mexico which inspired the creation of The Malcolm Smith Foundation.

“The Quail Motorcycle Gathering is thrilled to pay homage to Malcolm Smith,” said Gordon McCall, Director of Motorsports for The Peninsula Signature Events. “His career and legacy have done more to promote the sport of motorcycling than almost anyone else. We can’t wait to hear his stories.”

As always, the show will take place on the pristine lawns of Quail Lodge & Golf Club. Featuring a variety of activities for people of all ages to enjoy, guests can indulge in farm-to-table Mexican cuisine and goods from lifestyle vendors. Children, families and even pets are welcome at this inclusive and relaxed event.

Witness this celebration only at The Quail Motorcycle Gathering on Saturday, May 4, 2019. Pre-sale tickets are $85 and are available online at www.quaillodgeevents.com. Entry includes a gourmet lunch, parking, and gear valet service for those riding a motorcycle to the event. Doors open 9:00 AM for VIP Lounge ticket holders and 10:00 AM for General Public ticket holders. Learn more on the event website.