The start of of just about any 125cc road race in the late 1970s’s most assuredly resembled a horde of very angry bees trailing a cloud of blue smoke into turn one.   The throaty roar of 60’s four-strokes had long faded away by now.  Two-strokes singles were beginning to be the name of the game, and the Honda MT125R was becoming the go-to bike for amateurs and up and coming racers.  The lightweight Honda MT125R was essentially a CR125 motocross engine in a road racer frame-not a technological marvel, but it did the job.

So, let’s imagine it’s 1979, and you are Carl Brown, the tuner for a young up-and-comer racer named, Eddie Lawson.  You want to find your son a bike to road race the 125cc class.   But, you’re a race tuner-a builder.  You’re not just going waltz into a Honda dealership and plunk down a small fortune for a motorcrosser-based bike that you’ll probably just end up taking apart and rebuilding anyway.  Carl wanted something special.  Enter father and son team, Rudy and Dean Dickenson, or R&D.  These two had been doing some top-secret tuning work for American Suzuki, and happened to have a few of last year’s factory 125cc motocross engines on the bench.  An idea was brewing. 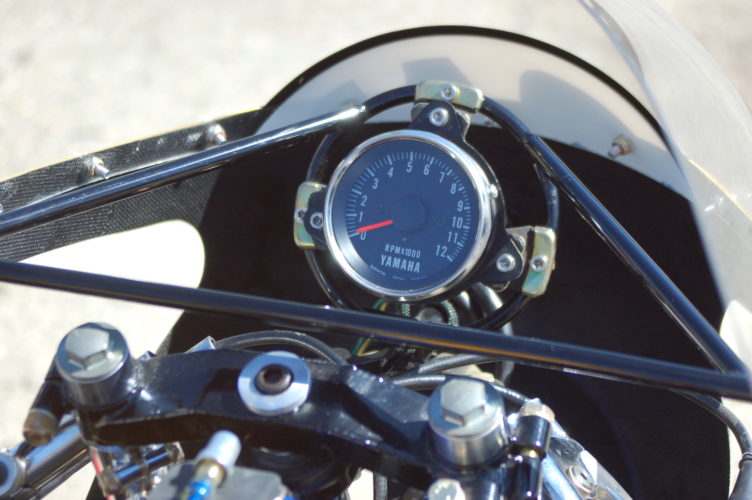 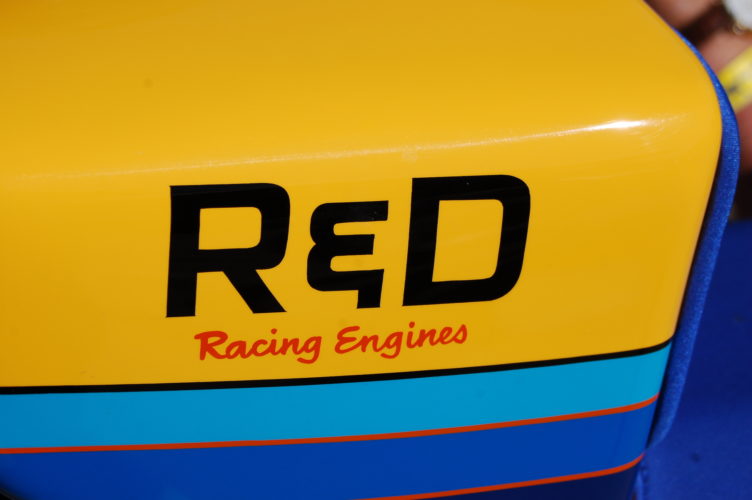 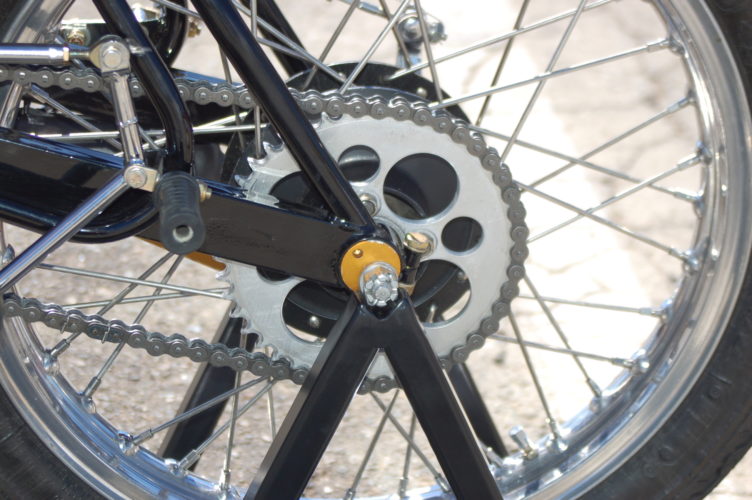 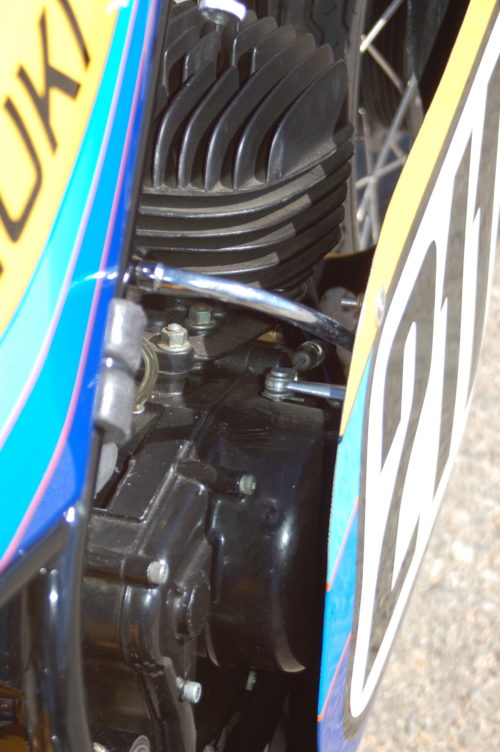 With the blessings of American Suzuki, the R&D duo put together an extremely potent engine for Carl, using the left over factory bits.  Now a chassis was needed.  Enter, master fabricator, Tom Rightmyer.  Tom built the unique and narrow mono-shock frame from 4130 chromoly, and the slender tank and seat from aluminum.  A few other parts-bin dives came up with the rest of the bike and a local painter whipped up something eye-catching.  The 1979 Suzuki 125 GP bike was born.

At this point of the story, you’d expect to hear of the bikes exploits and the numerous championships it earned its rider, but if that was the case, you probably would have heard of this quirky little racer already.  After about three races, Yamaha rolled the TZ125 onto the grid.  Though the home-built Suzuki could hang with the mx-based Honda MT125R, it couldn’t hang with the new liquid-cooled, disc braked baby TZ.  The blue and yellow Suzuki was all but obsolete, and quickly sold to a privateer rider named Jeff Terry in 1980.  Jeff raced the ‘Zuke a few times, claimed he “had no talent,” and parked the one-off bike in his garage, essentially forgetting about it for several decades.

Nearly 40 years later Jeff still owned the racer, decided it was about time, and rolled the bike out from the garage.  He performed this beautiful restoration with the help of some of the original builders, in fact.  Now the bike is a gorgeous reminder of what happens when ingenuity, incredible skill, and some spare parts parts arrive at the same place and the same time.  This Suzuki 125 may not have been successful on the track, but it is definitely a great example of why we appreciate vintage motorsports here at Cut From Metal.  In fact, this may be the best example of our slogan, “Designed by hand and cut from metal” on our site. 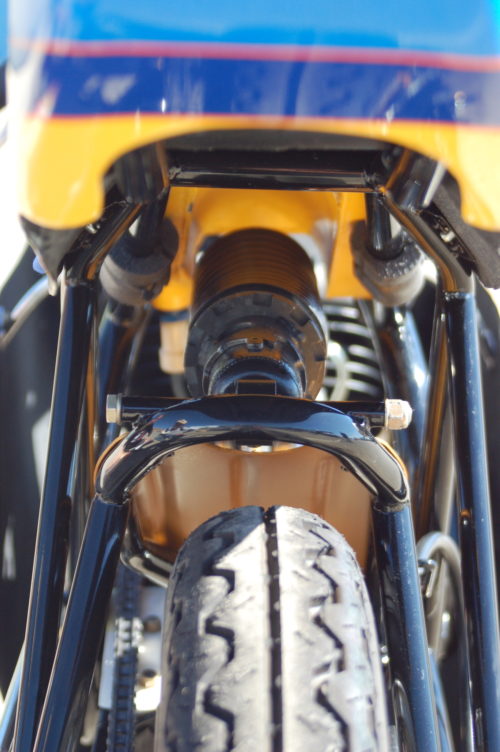 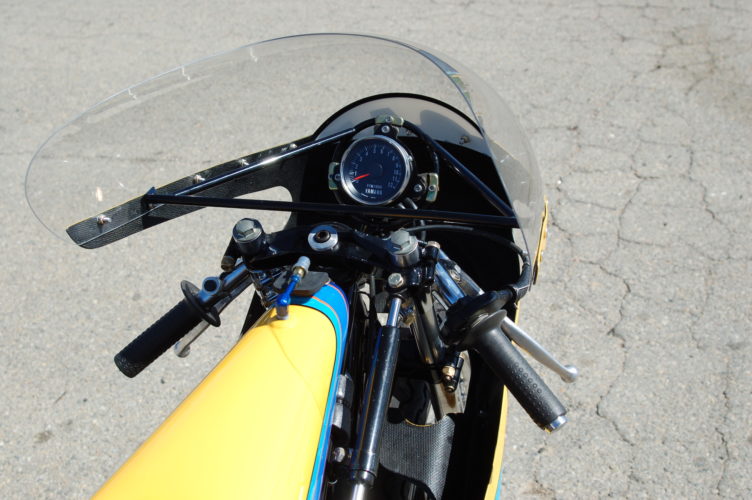 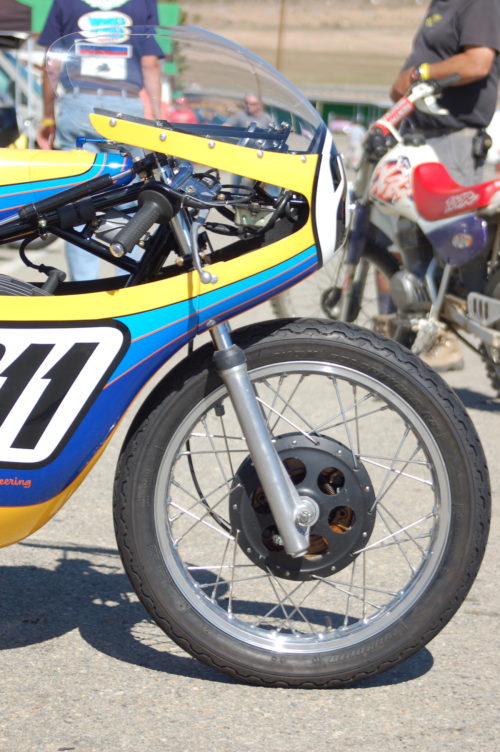 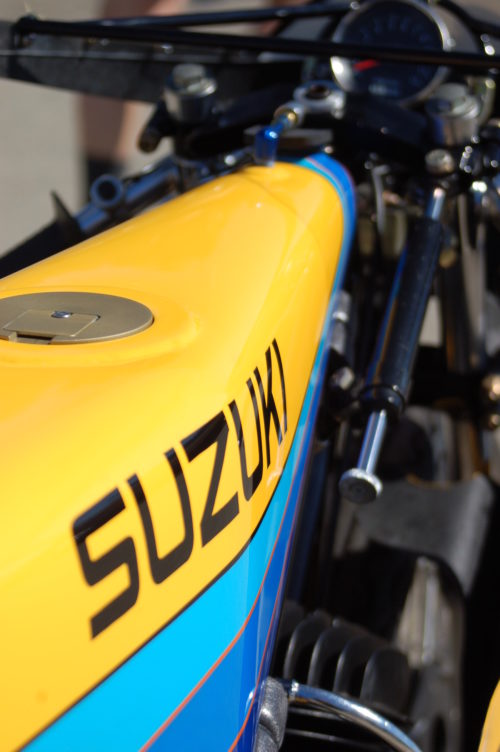 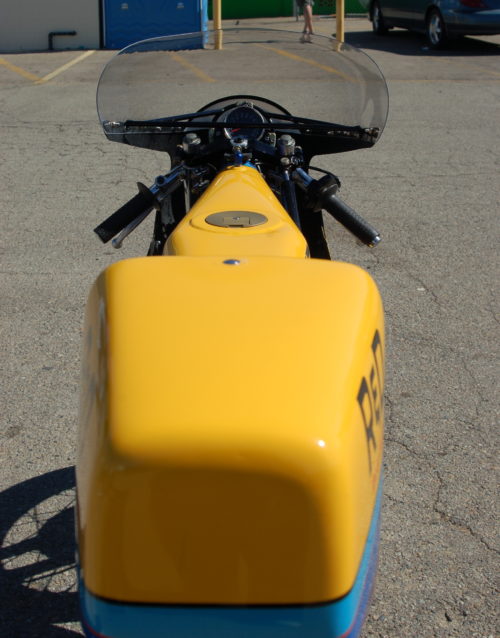 Do you have something interesting, something unique, something “designed by hand and cut from metal,” in your garage?  Drop us a line!!!