There’s a well known saying:  “A jack of all trades, master of none.”  Typically these words are tossed out in an insulting manner, but if you think about it, being a jack of all trades is pretty impressive.  And honestly, how could one person or thing properly master several different “trades” anyway?  I’d be quite pleased with this old adage being tossed in my direction.  It’s with this mentality that we admire our current test item, the Shinko SR241 Trail Tire.

To say that we have put these Shinko SR241 tires through a variety of challenges is an understatement.  We contacted Shinko about a vintage friendly motorcycle tire that came in small sizes, that could handle a variety of riding situations-street, trail, and even some light scrambles racing.  When we said “vintage friendly,” what we really meant was something that would look right on a 50 year old machine.  In all honesty, there are a lot of great enduro/dual sport tires that just look completely wrong on vintage bikes.  We could argue about aesthetics versus performance all day, but I’m a believer that old bikes should look old, and the wrong set of tires can adversely effect the overall looks of a vintage motorcycle.  Shinko Tires USA sent us a classic looking tire, with a large block-pattern knobs, much like you’d find as factory fitment on some 60’s and 70’s enduro and scrambler motorcycles called the SR241 Tail Tire.  Importantly, the SR241’s looked instantly at home on our Honda CL90 project bike.  We requested bigger than stock sizes (3.00-18 front and rear), and had to pay for our enthusiasm by adding a couple links to the chain and scooting the rear wheel back as far as possible with the swing arm’s axle adjustment.  These tires seem to run a little big.  We also had to tweak our center stand and rear brake stay in order to give the necessary clearance, but again, that was our fault, and we honestly do not recommend modifying your motorcycle in order to fit a bigger tire…but we did.  Do as we say, not as we do! 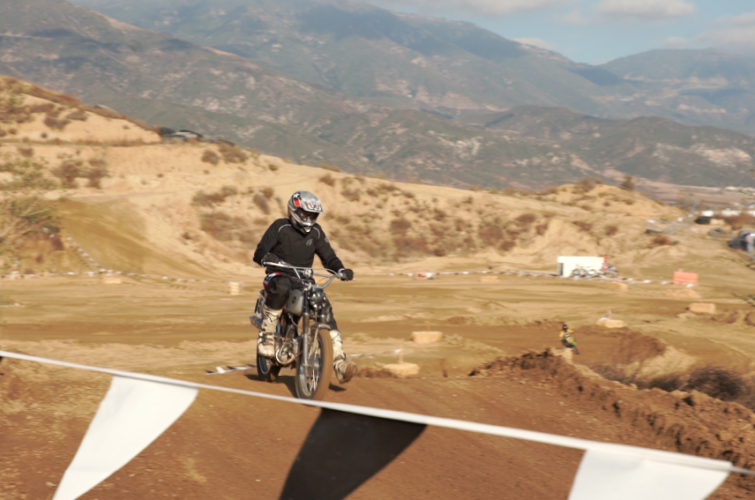 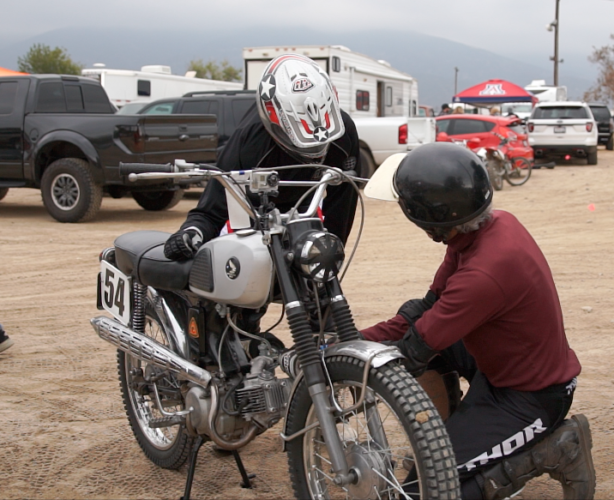 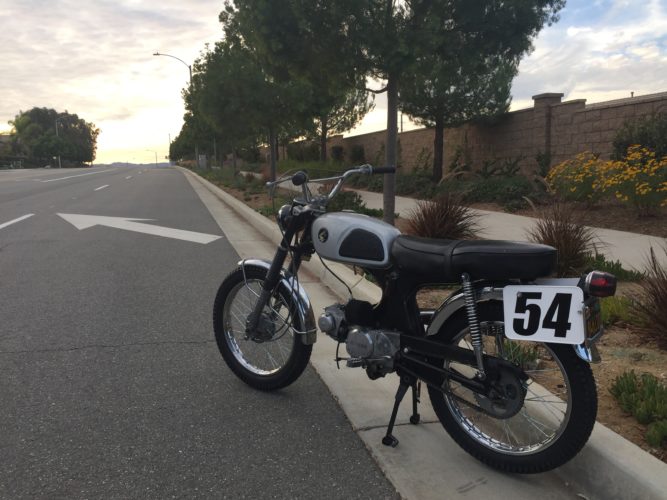 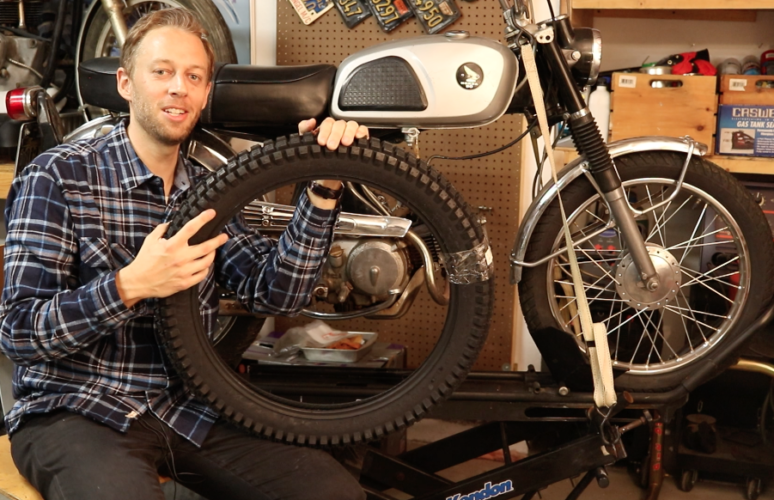 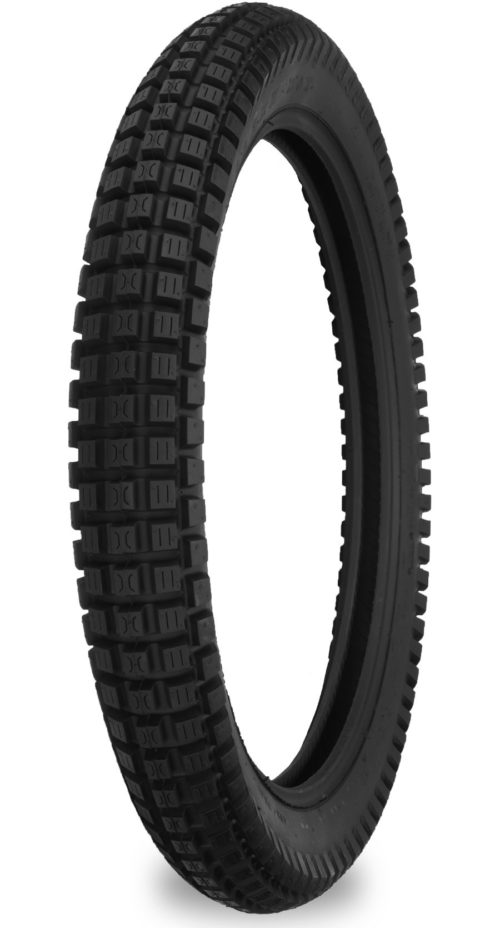 First impressions on the street were positive.  Being a non-directional tire, we did find that the rows of square knobs caused the front end to wonder just slightly.   When ridden aggressively (keep perspective, this is a 90cc bike by the way), we even felt the knobs move around on the pavement slightly.  It was nothing concerning, but you could tell that long distance, high-speed highway use is not what these tires are made for-especially on a heavier and more powerful bike, where these symptoms would be magnified.  Overall grip was good, and cornering was safe and predictable thanks to the rounded profile of the tire carcass.  Are they as good on the street as directional street tire?  No, but how could they?  Don’t forget that these tires have other obligations to attend to, not just rolling around on smooth black stuff.

Hitting the dirt instantly showed these tires “jack of all trades” abilities begin to appear.  Southern California is filled with hard-packed dirt trails, many with loose, marble-like surfaces.  This is instantaneous hit-the-deck kind of stuff when riding on a smooth, knob-free street tire. I’ve ridden enough supermoto to know that slick-surfaced tires on hard-packed Cali dirt is tip-toe time, and don’t even think about touching that front brake.  The Shinko’s knobs bit the hard pack beautifully.  Unlike a “real” trials tires, that tend to be more square in carcass shape, the Shinkos have a rounded overall design allowing the rider to continue to use the tires when leaned over and cornering, an attribute just as welcome in the dirt as on the pavement.

At Day in the Dirt at Glen Helen Raceway, we were given the opportunity to actually ride in a trials event, and the SR241’s and our placid little CL90 were tossed into a dirt ravine full of damp and sandy loam courtesy of an unfortunately rare rain storm from the day before.  This is where we found the block-pattern Shinkos begin to suffer a bit.  The gaps between the blocks clogged up with the fine sediment quickly, and turned the two wheels of the little Scrambler into pontoons.  Lowering the tire pressure, in pure trials riding fashion, did create a bit more flex in the tires, allowing the dirt to pop out, much like twisting a plastic ice cube tray.  However, as one of the trials sector marshals pointed out while filling in my max score (unfortunately trials is like golf, lowest score wins), “But, you didn’t crash!” 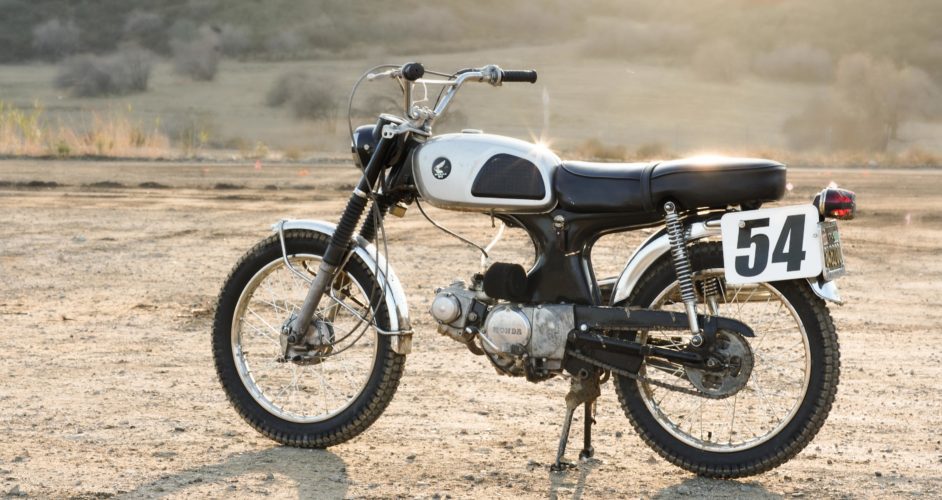 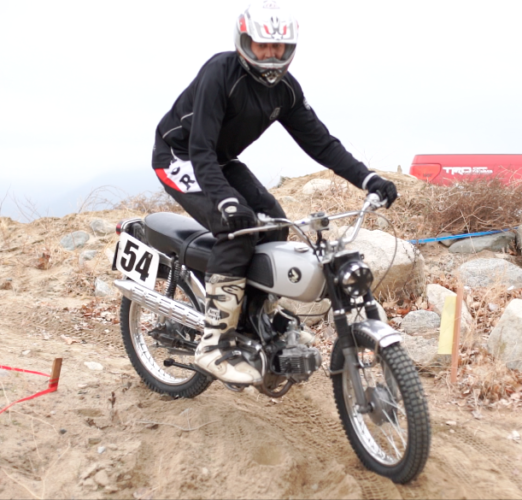 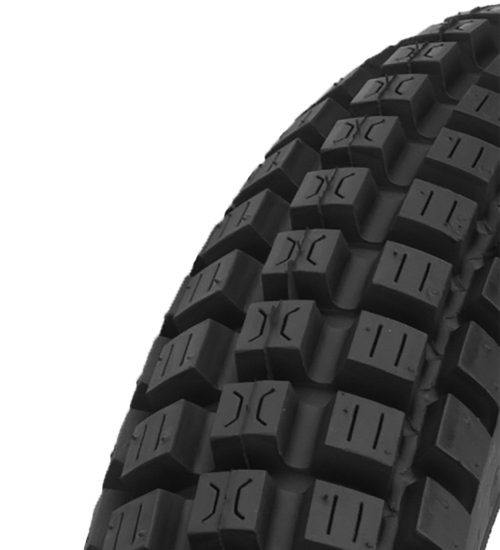 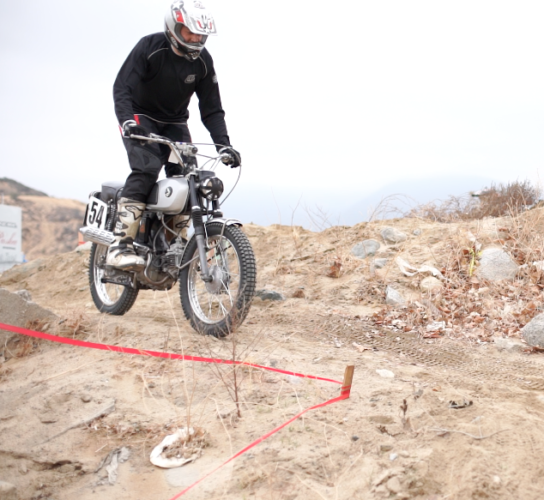 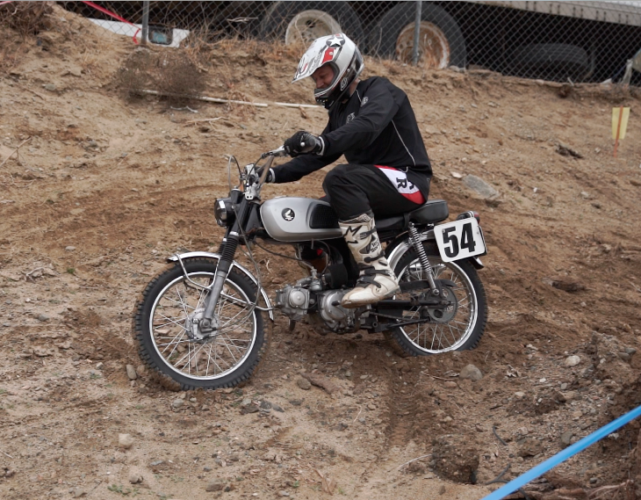 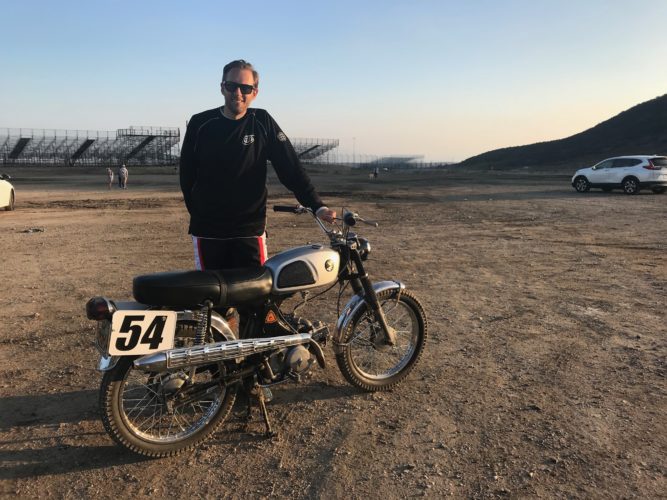 The true test of the Shinkos SR241’s came in the Hell on Wheels TT Scrambles race at the end of the day.  We originally planned on running the flat track race, but the TT course just looked like too much fun to pass up.  The track consisted of a well-watered natural terrain motocross track.  A few flat left and right handers, a horseshoe bend, a miniature, left hand-version of “Mt. Saint Helens,” and a couple of table-top like leaps, where a little bit of air would appear under our Shinko tires.  A few ruts were beginning to develop after practice, but for the most part, each corner had numerous lines to chose.  Were the Shinko tires the best tires to have on this track?  Absolutely not, every other bike on track was on an aggressive, full motocross knobbie tire, not DOT rated in the least.  However, did our street friendly Shinko tires get us around the track with enough grip to start growing our confidence each and every lap-incredibly, yes!  In fact, in our practice session and race, we never did dump the little CL due to lack of traction.  The rear did lock up and skid unexpectedly  more than one would like, and on one occasion, the little Honda lost it’s grip, regained, and veered right into an unsuspecting hay bail, but hey, these things happen in the rough and tumble world of scrambles racing.

The Verdict:  Shinko tires claim that the SR241’s are a “versatile performer that work well in a variety of terrain.”  We’d have to say that this is a modest statement not fully giving credit to these very capable and aesthetically vintage friendly tires.  We should preface the fact that all of our testing of these tires took place on our placidly low horse-powered 1965 Honda CL90.  With more weight and more power, the results could have been different-but they weren’t.  Also, Shinko does say right on their website that the SR241’s are not meant for “Extended Highway Use.” Again, we’d have to agree, as the tires did begin to gently “wonder” at speeds in the 50 mile per hour range on our extremely light test machine.  However, for a versatile, quality tire that actually looks right on a vintage machine for $30-60 depending on size, how could you go wrong with the Shinko SR241 tires?  We’d ride on these “Jack of all trades” tires any day.