Though there were dozens of fantastic vintage motocross bikes at this year’s Lake Elsinore Grand Prix, a lanky four-stroke caught and then maintained our attention as modern Honda’s and Yamaha’s blitzed down the streets of Lake Elsinore at alarmingly close proximity.  As we continued to look over our shoulders, wondering if we were at a safe vantage point, studying this long-stroke BSA single with off-set cooling fins and nickel-plated frame became more and more consuming.  What BSA would be worth such a long look?  A CCM BSA of course.

If it wasn’t for CCM, BSA’s foray into competition dirt machines  would have been quite a failure.  The flailing British motorcycle manufacturer was more focused on the gargantuan task of paying their electricity bill in the early 70’s, so developing and racing a competition off-road bike just wasn’t a practical endeavor.  Fortunately for BSA, a man by the name of Alan Clews helped the dying manufacturer save face by showing the word that at the heart of the new BSA off-road singles was a lion waiting to be uncaged. 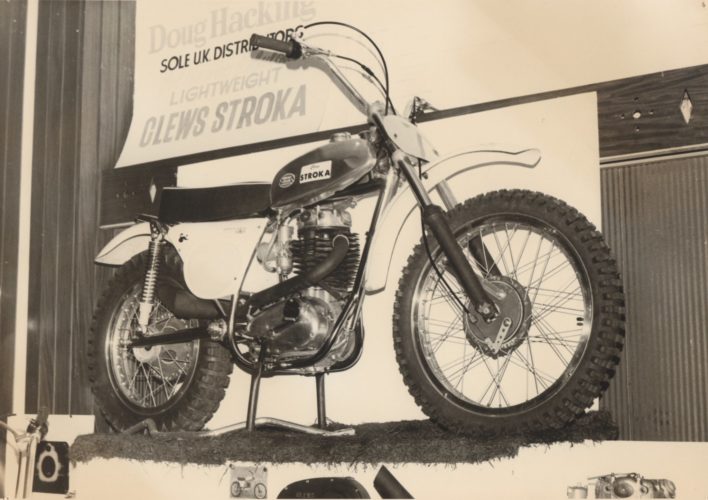 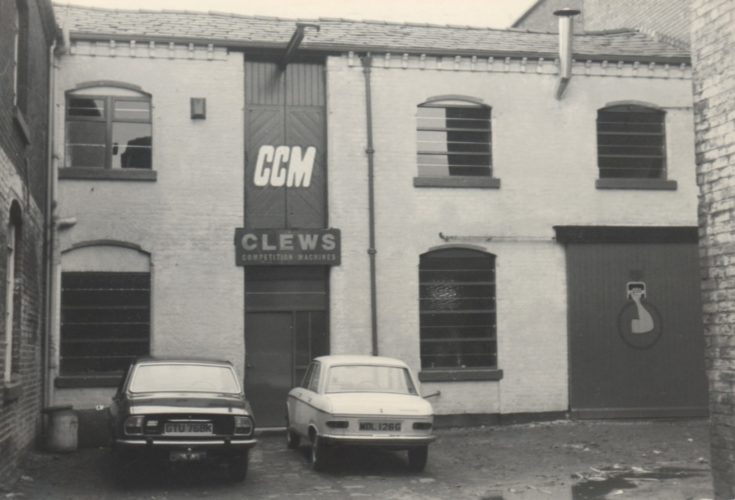 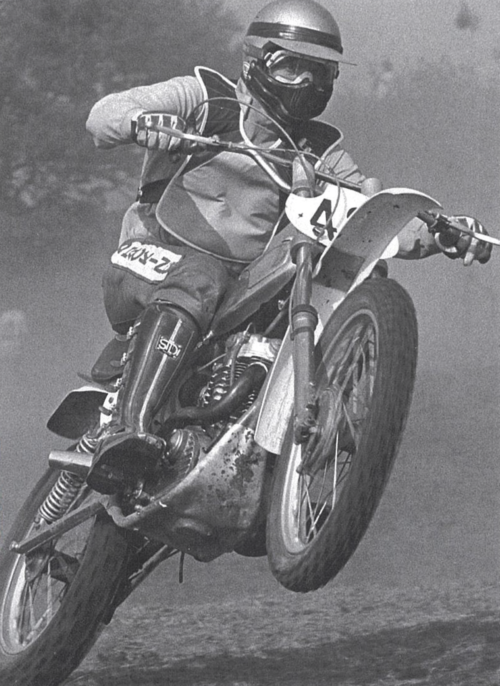 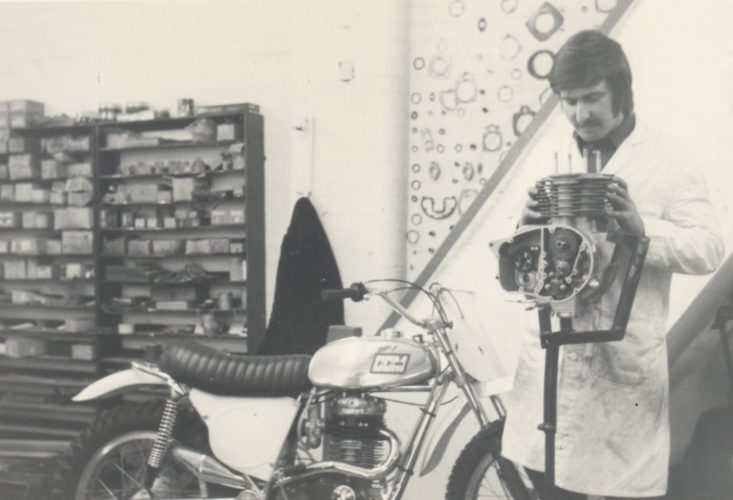 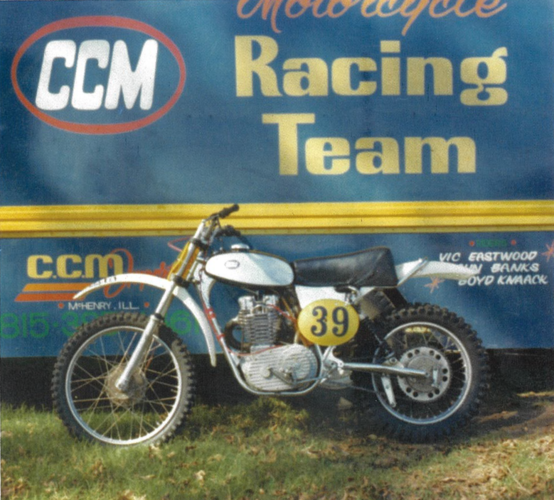 As the story goes, Alan Clews heard of the closure of BSA’s off-road competition department and caught a glimmer of opportunity.  After a phone call and a drive to the Small Heath factory, Clews left with his transporter packed out with bits and pieces of nearly twelve unassembled BSA off-road singles for exactly £750.  This pile of parts would fulfill a long standing dream of Clews’, building a batch of competent off-road racers.  Still deeply engrossed in the family business he married into, Clews hired civil-engineering student, Martin Hemingway, and got started on the first batch of “Clews Stroka” off-road racers. 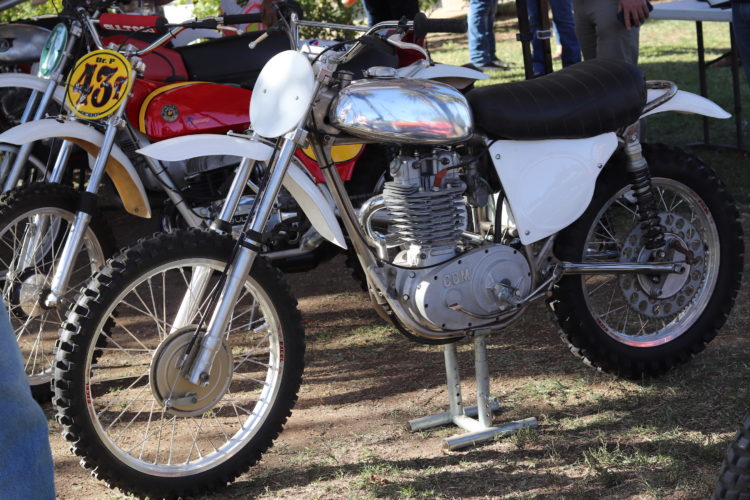 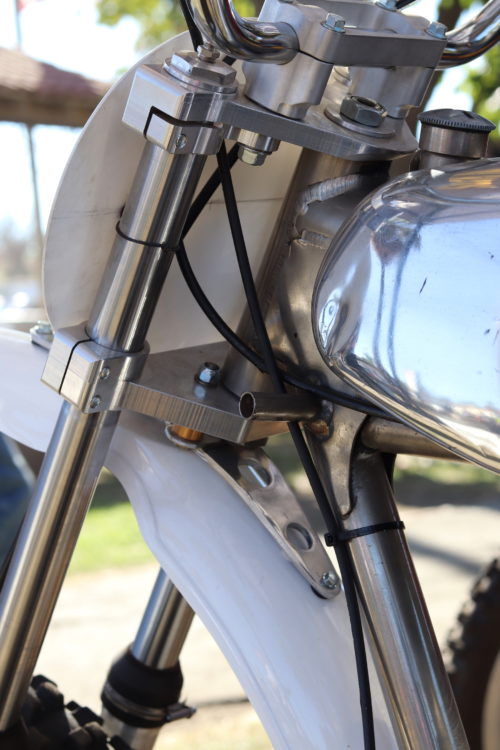 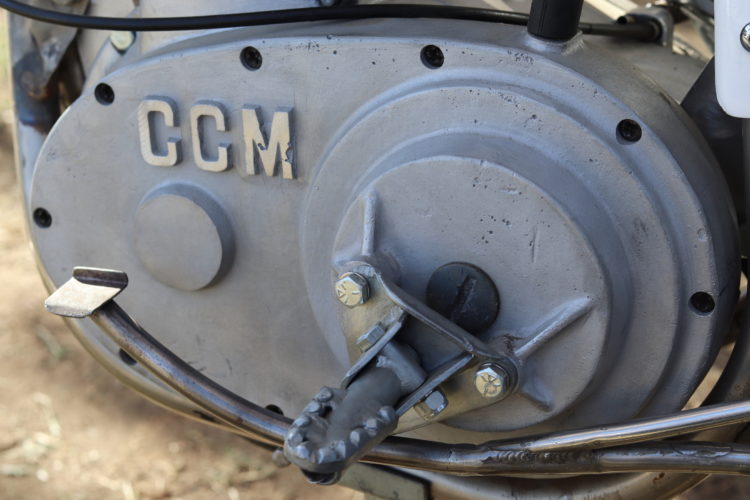 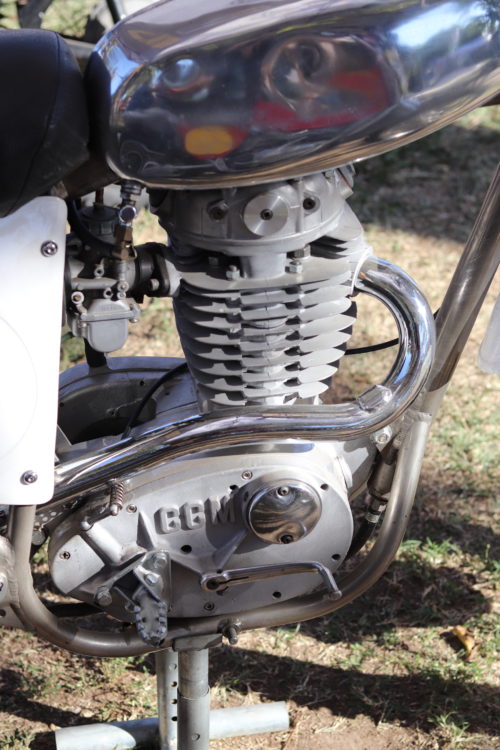 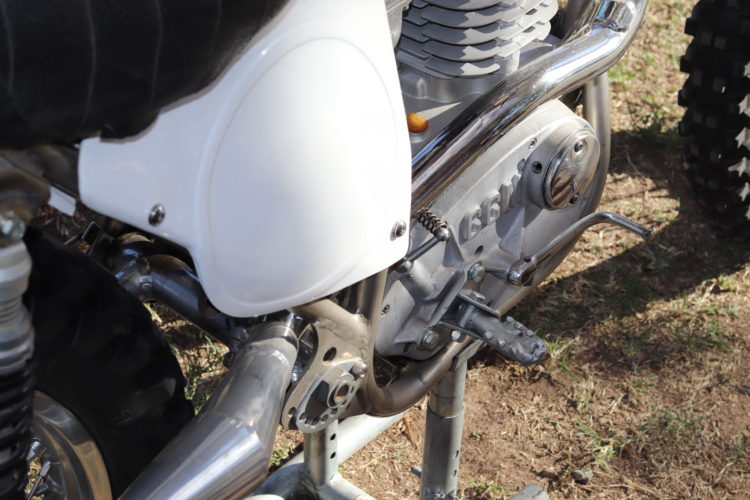 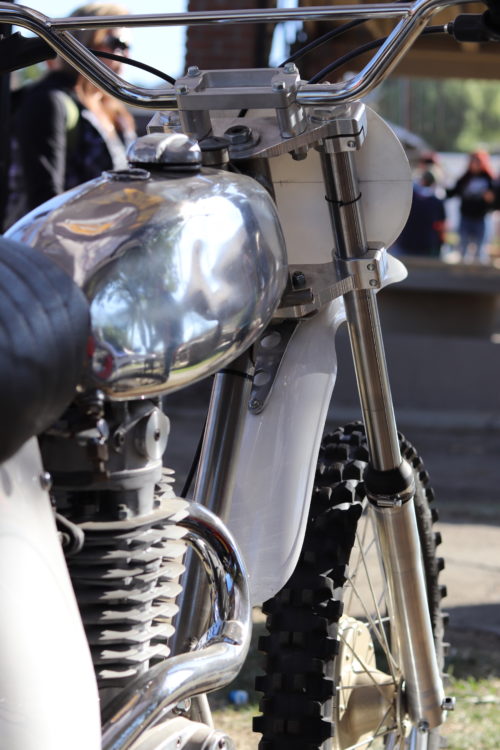 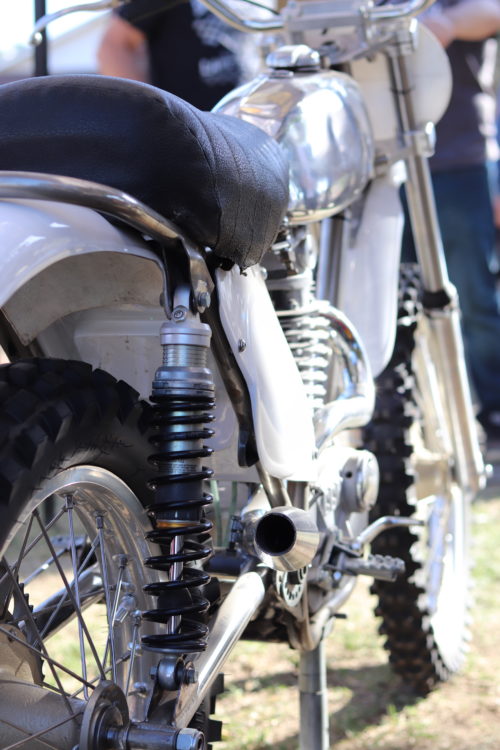 In early 1972, Alan Clews, his wife, Gail, and new hire, Martin Hemingway, began work in their small “factory” in Bolton, England.  By 1973, now under the official name of CCM Britain Ltd, the small motorcycle manufacturer began pioneering new innovations in motocross including long travel suspension, electronic ignition, and incredible modifications to the aging BSA engines, making them the most powerful four-stroke motocross bikes in the world. 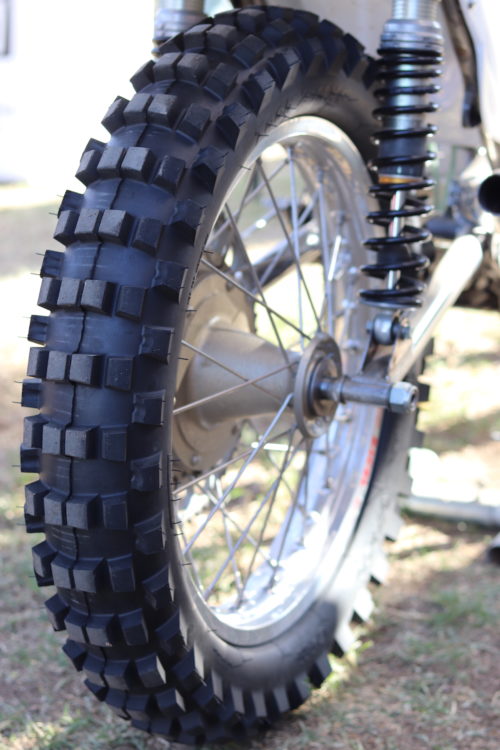 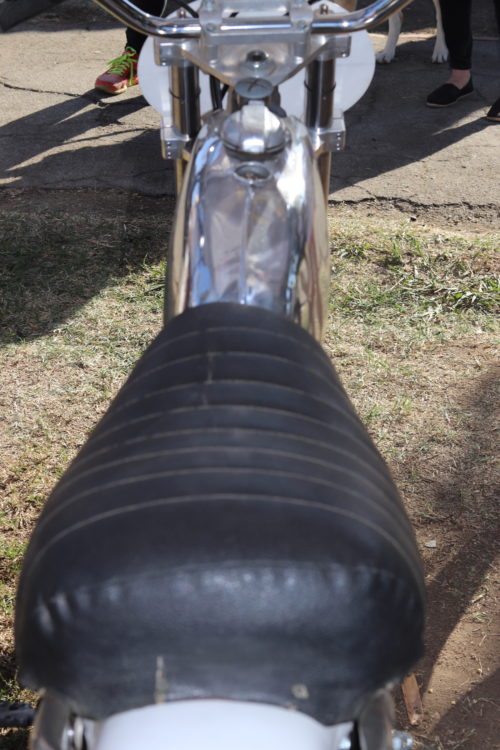 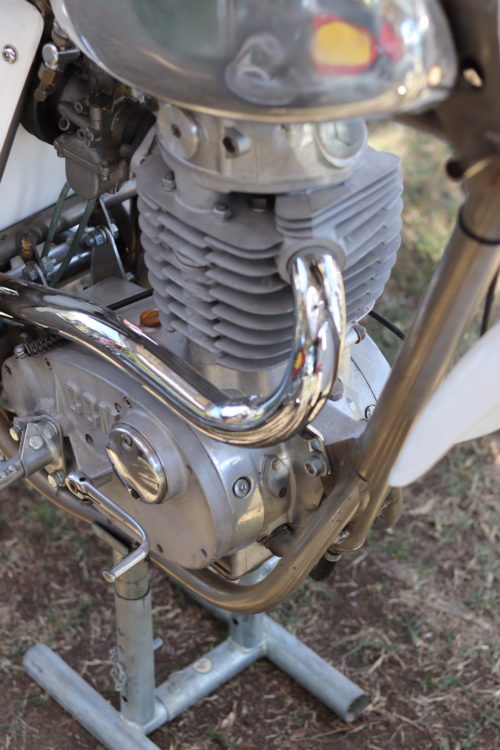 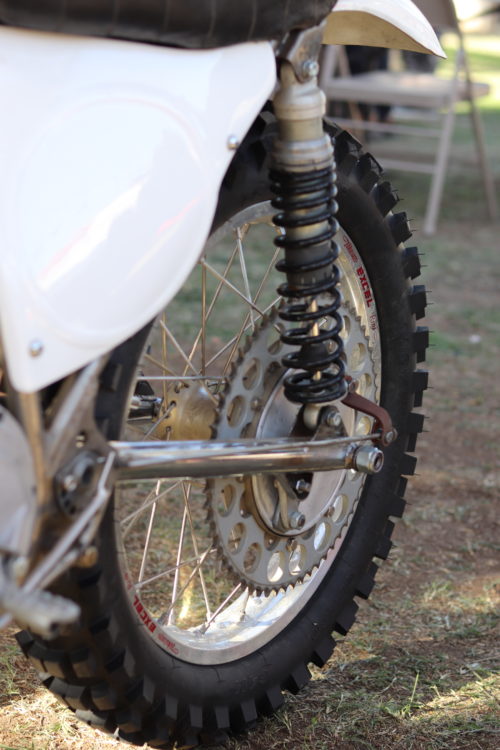 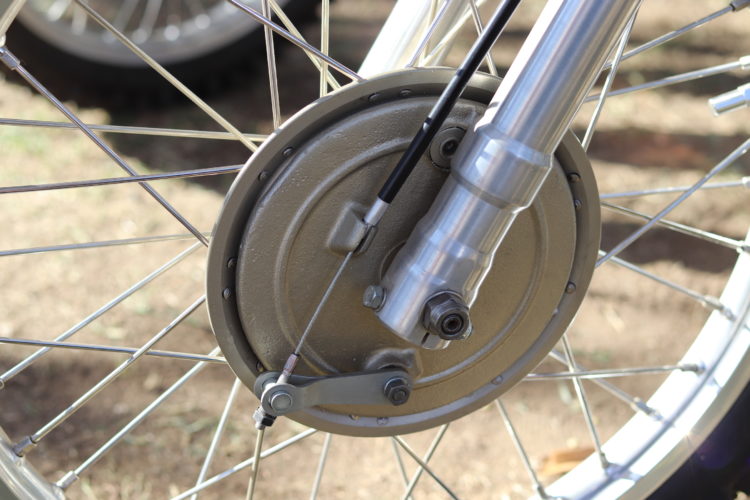 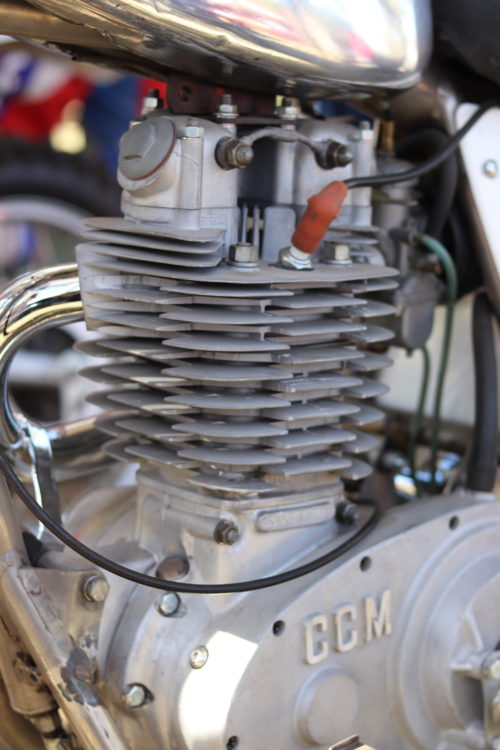 After taking the risk of racing internationally in the American Trans Am series in 1974, US importer, Martin Horn, supplied Alan Clews with an order for 26 motorcycles-all fully paid for in advance.  After winning the Trans Am title in 1975, CCM took orders to build 176 of the new short-stroke machines a year for the next two years.  As the late 70’s approached, the long-in-the-tooth BSA thumpers gave way to two-stroke engines and then back to four-strokes, with various Rotax powered designs.  Throughout the 80’s the company built numerous machines, reaching up to 4,000 a year at times.  Today CCM motorcycles has a complete line of uniquely styled single-cylinder motorcycles using a 600c BMW/Husqvarna designed engine.