Japan’s first real motocrosss bike.  That’s how the 1973 Honda CR250M Elsinore is often described.  I guess the world “real” being the clarifier in that sentence.  Yamaha released the DT1MX in 1971-a full two years earlier, and they did show up on numerous motocross tracks.  Though the DT1MX was fast and had a 21 inch front wheel, it was a compromised package, based off of the street legal DT1-Light as a street bike, but a toad of a motocrosser.   So, there’s that title of Japan’s first “real” motocross bike again.  And don’t forget the Kawasaki F21m from way back in 1968.  This rotary-valved screamer was way ahead of it’s time, but even though it was a genuine competition bike from the get-go, it was more of a scrambles, TT, flat tracker-shod with trials pattern tires, and not quite a real motocrosser either.  So, Japan’s first real motocross bike?  Yah, it was the 1973 Honda CR250M Elsinore.

The Honda CR250M Elsinore was truly an oddball bike for Honda to build at the time.  The 29hp two-stroke single was the first production racer Honda had built since they dropped of of road racing in the late 60’s.  It was also the first two-stroke that the, previously anti-two stroke, company had ever built.  It was also the companies first off-road-only bike.  Honda checked a lot of “first time” boxes with the Elsinore. 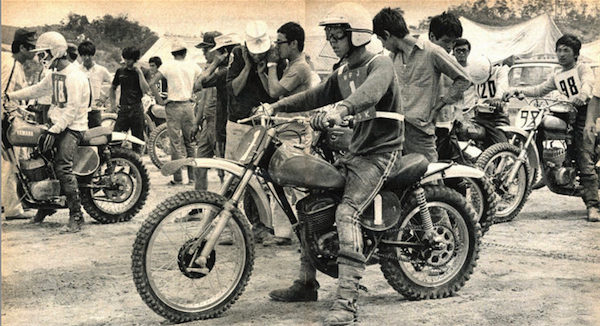 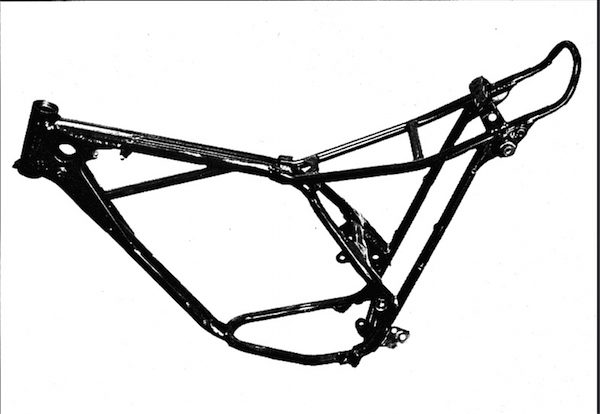 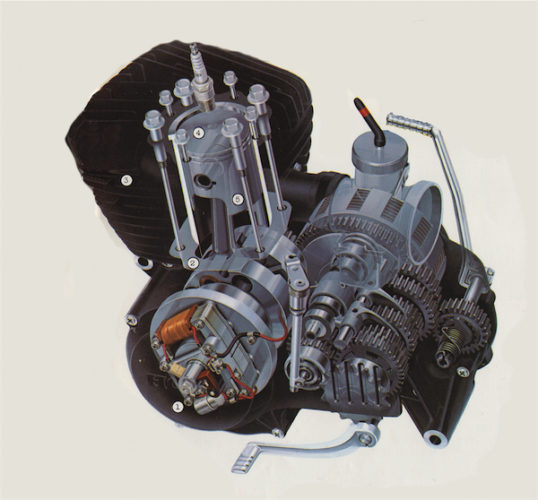 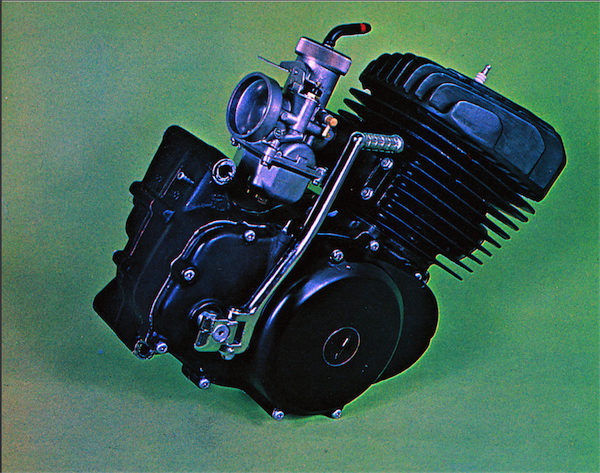 Honda first started to get interested in the two-stroke off-road market around 1967, when Japan introduced their first domestic motocross championship.  This series became known as the unofficial testing grounds for Honda, Yamaha, Suzuki, and Kawasaki, as they began to dabble with the idea of a purpose-built mx bike.  Manufacturers would show up with bespoke motocrossers at each event-what an incredible time it must have been.  Honda had a prototype “CR250” racing in the series by 1971, patterned off of several “works” models.  Designed by Soichiro Miyakoshi, the project was reluctantly given the green flag by another Soichiro, this one with the last name of Honda.  By 1972 the prototype was seen in California testing in what was at the time (and arguably still is) the preverbal “hot-bed” of motocross.

The year was 1973 and Honda made just about every European motocross bike seemingly obsolete.  Once the new CR250M Elsinore began populating the starting gates, it took a very talented rider to compete on anything different, especially at the amateur level, where most bikes remained stock and didn’t have the benefit of a talented tuner to unleash it’s deep down potential.  The reasons the Honda Elsinore changed the world were numerous-the bike did so many different things better than everyone else. 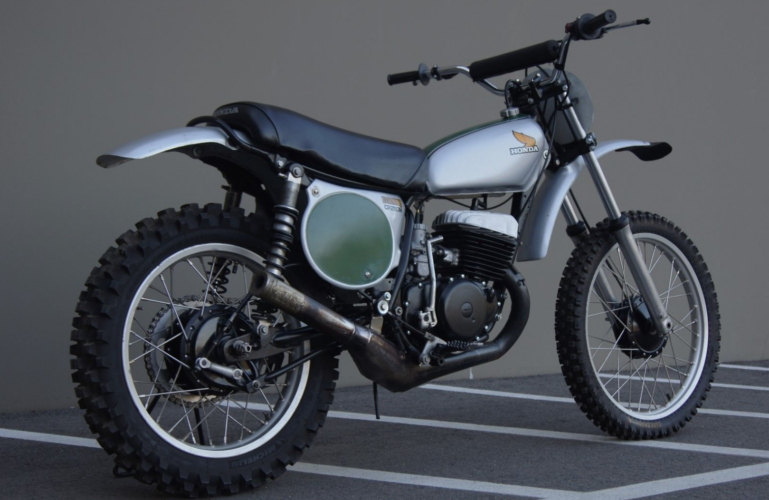 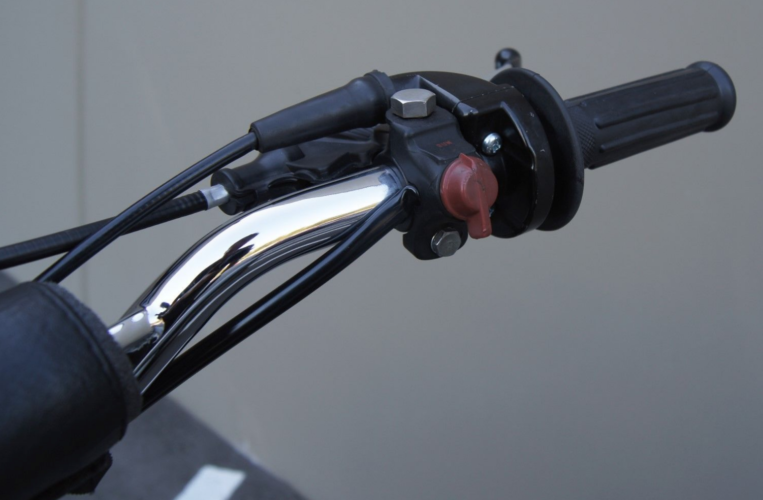 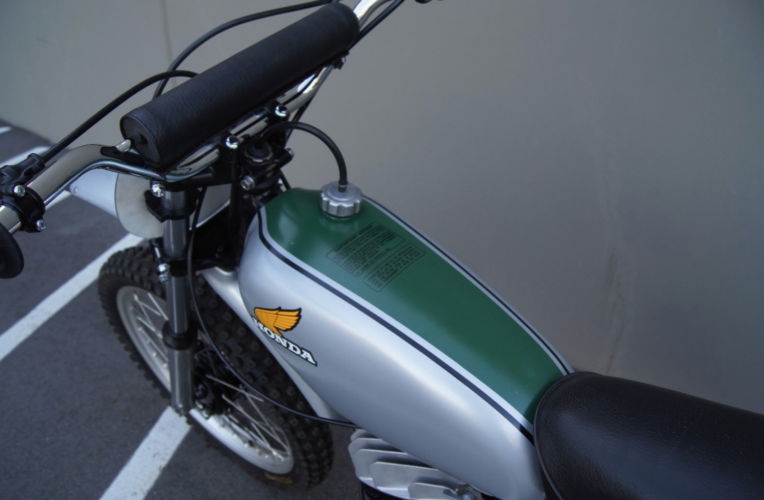 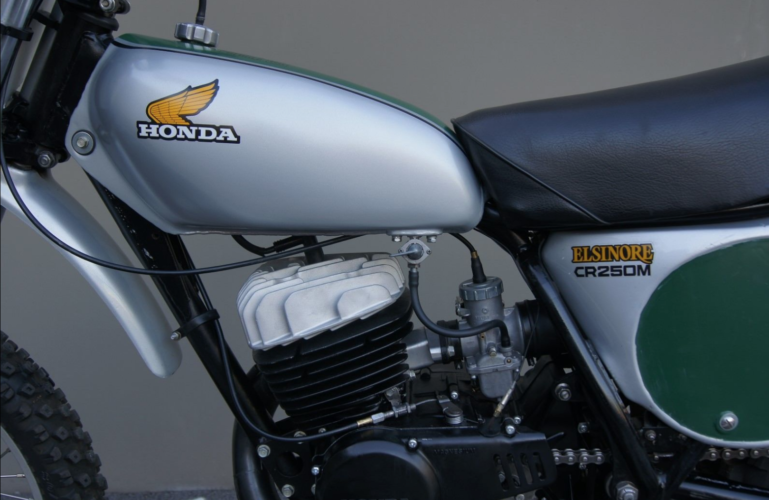 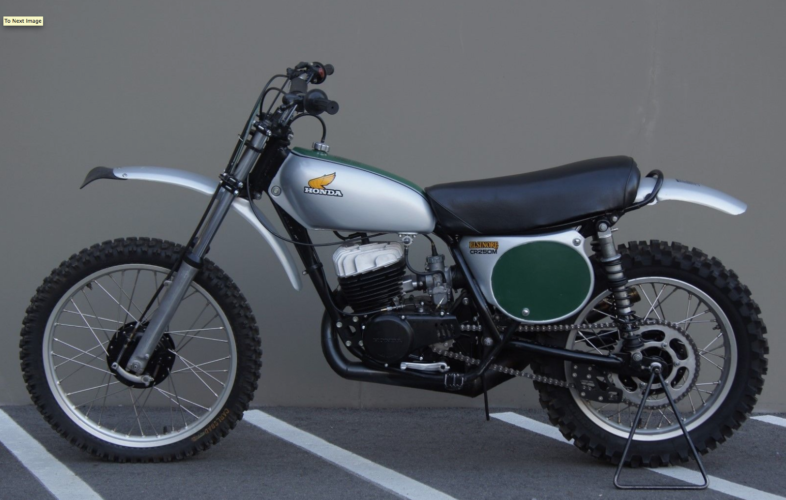 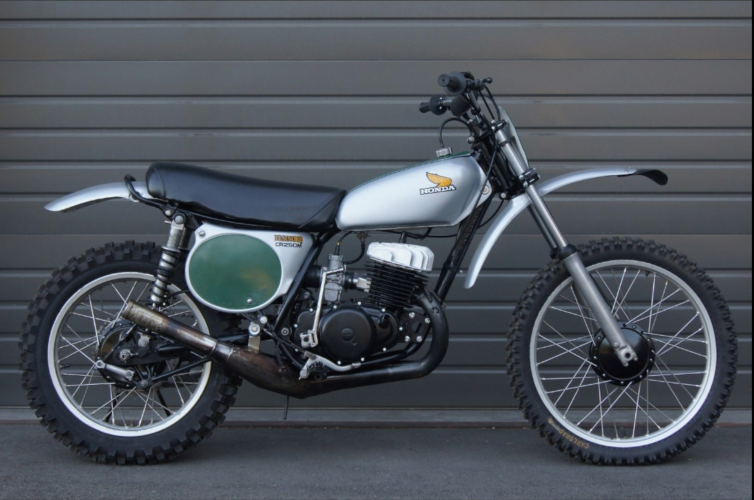 The Elsinore frames were purpose-built, and made of chromoly-a hardened steel known for it’s strength and lightness.  The 21/18 inch wheels used the smallest and lightest brake hubs they could get away with, laced to shoulder-less DID aluminum rims.  These little brakes were probably the weakest link on the bike, but the “shoulderless” rims instantly made any of the old shouldered, “mud-catchers” rims look about a decade out of date.  The rear shocks had finned aluminum bodies to aid in cooling, the front forks 35mm with the lathed down look of a factory effort.  The tank was aluminum, and the bodywork durable plastic-all of these things creating a motorcycle weighing 213 pounds dry.  The green stripe down the middle of the tank was the only departure from the greyscale theme, other than the yellow Honda wing an the tank.  In all honestly, the bikes were stunning, and worked as good as they looked.

Though the chassis was at the sharp end of sophistication, the engine was truly the heart of this new mx-er.  Using some new ideas, and refining some old ones, the 247.8 cc’ed two-stroke single featured magnesium side covers, and an over-square, high-revving 70×64.4mm bore and stroke to make nearly 30 hp.  A 34mm Kehin carburetor and closely tucked in expansion chamber allowed the engine to ingest and expel the pre-mixed oil and gasoline streaming from that satin finished tank.  The ignition was taken care of by plain old contact breakers-but the build was durable and reliable.  Easier to time electronic ignition and reed-valve induction was a couple of years away, but the dated systems worked faultlessly.  Transferring the power to the back wheel with a close-ratio five-speed transmission made the new Honda pretty darn comparable to factory racing machines of the era.  The kicker?  This new silver Honda could be owned by literally anyone with $1145 plus tax and fees.  This price put the Honda Elsinore right in the same range, and even cheaper than many other “motocross” style bikes that did not even come close to the reliability and performance the CR250M provided.  Unless you were a WW2 vet with serious issues with Japanese products (which there were in the 60’s and 70’s), buying your next competition offload bike was not a question which bike, it was more of a question of “where am I on the wait list?”

Check out Part 2 later this week when we look at how Honda not only built a world class motocross bike first try, but they even had a back up plan. 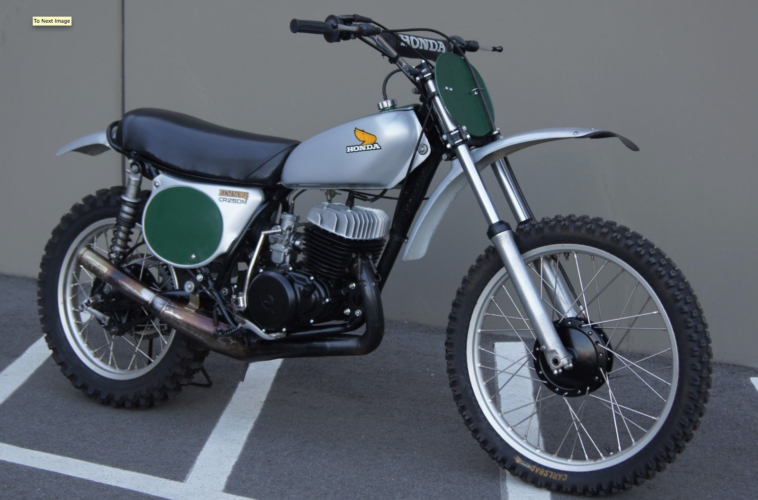 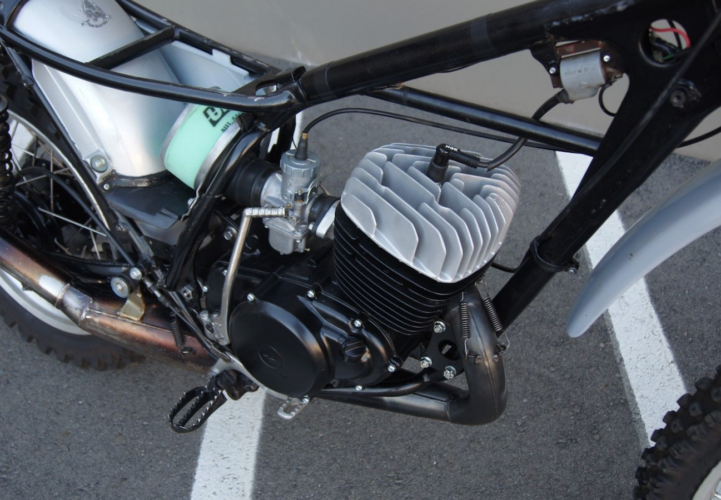 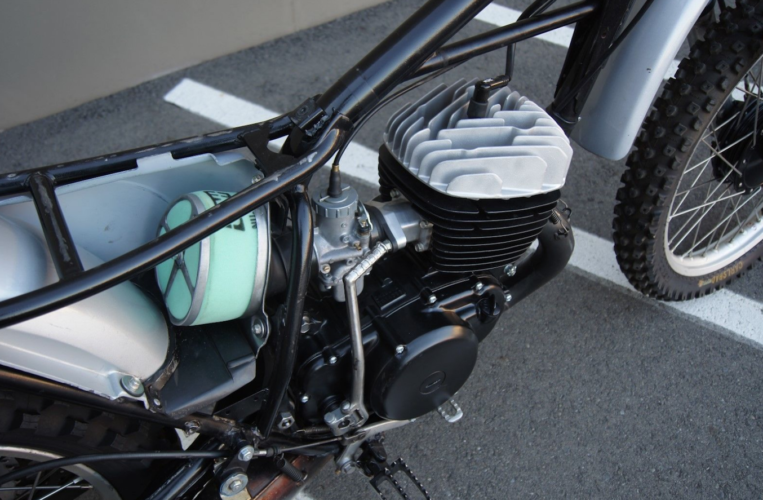 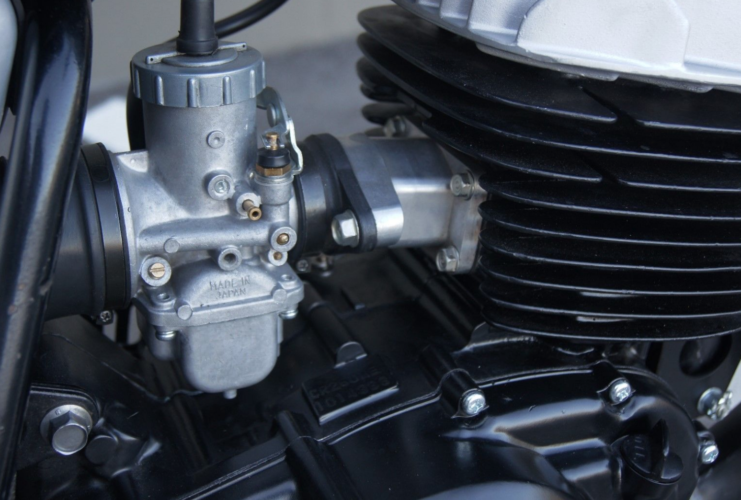 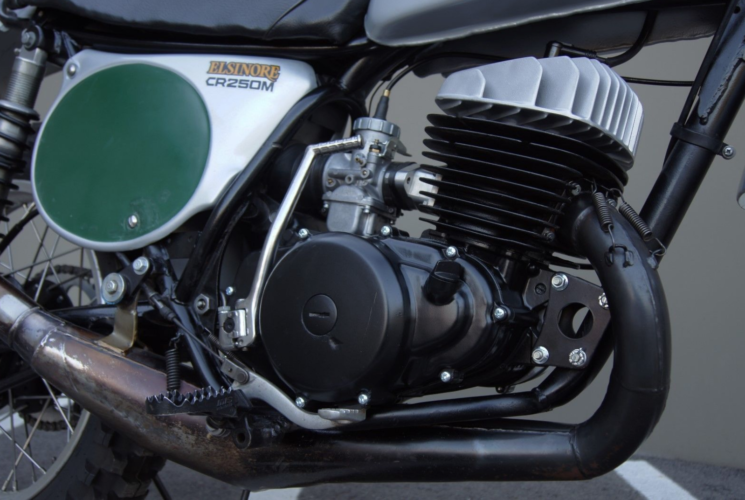 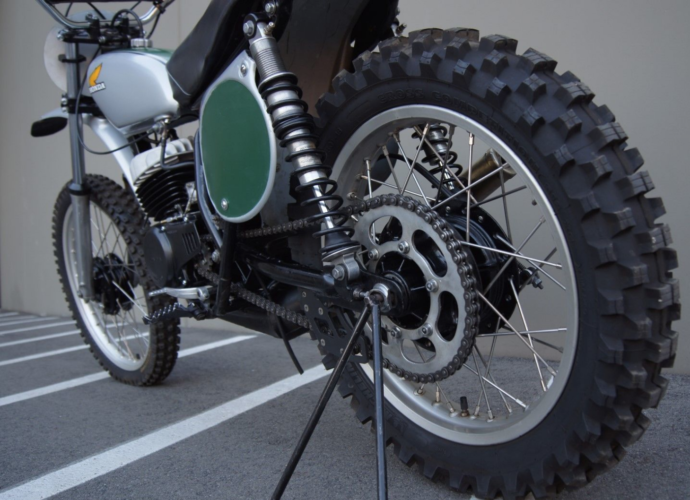 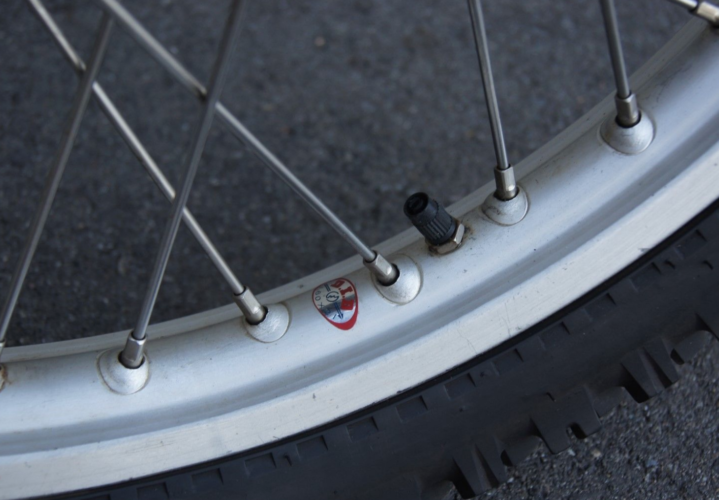 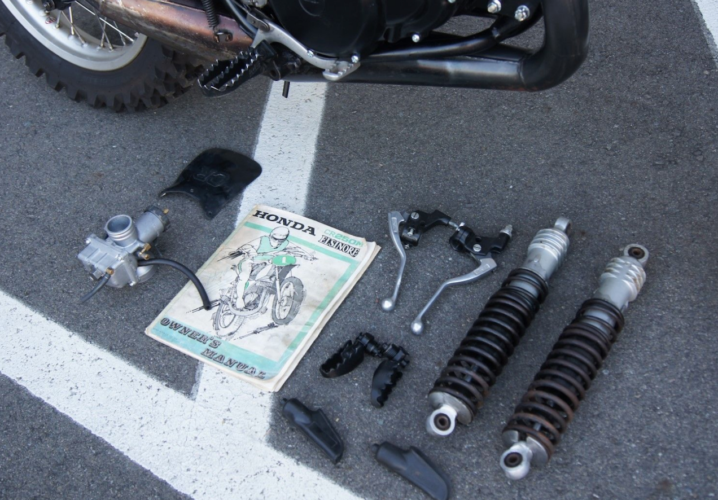