One of the coolest things about an old motorcycle is that it’s old.  Isn’t that where the interest lies?  Otherwise, you’d just go down to your local dealer and buy a new bike.  We’re here because there is something special about a motorcycle (or car, or boat, or tractor, or airplane…..you get it)  that has survived a half a century.  Who knows, maybe you fall into this category too.  I am of the persuasion that old bikes and cars are old, and should look old.  Not that a 100 point restoration is a bad thing (it’s quite amazing really), but if you can leave an old bike or car in original paint, please do.   If you can lovingly shine up that original dash, leave it!   As they say, they’re only original once. 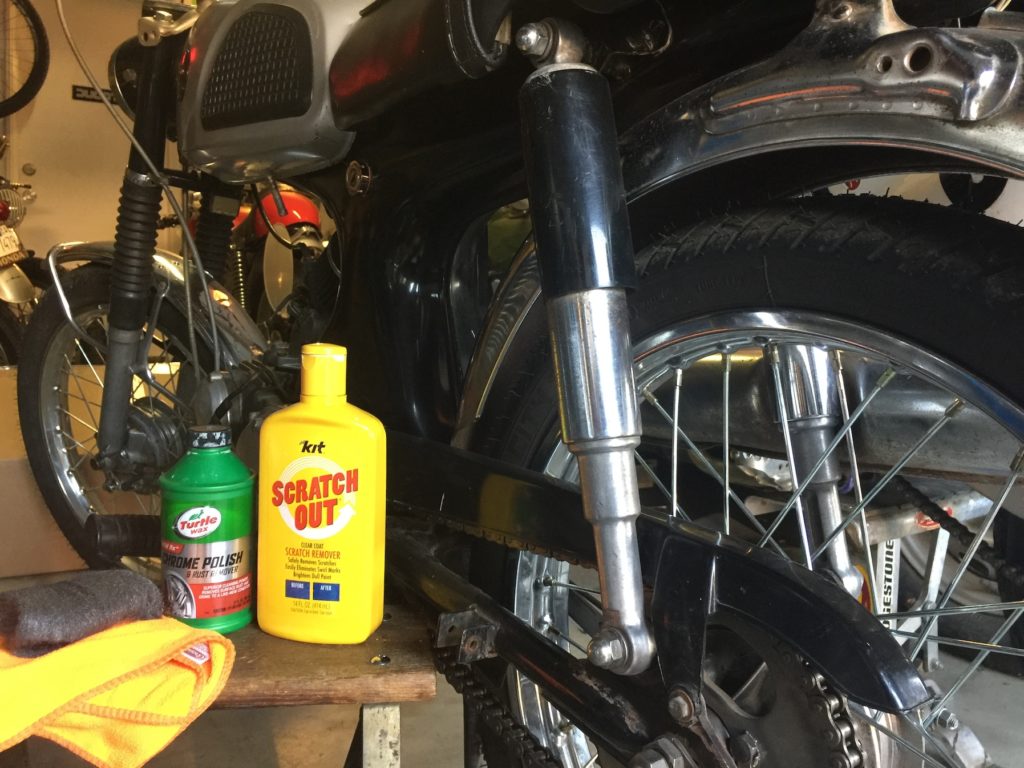 With this mindset, we decided that paint and new parts would be used only when absolutely necessary.  If you read Part 2 of this series, you know that “absolutely necessary” arrived quickly in the wheel and front fork department.  However, the chassis paint looked like it was very save-able, and it was.  After an hour or so of polishing the hazy black paint with a micro fiber towel and some globs of Scratchout paint polish, we’ve got a glistening original black paint job that is literally irreplaceable. 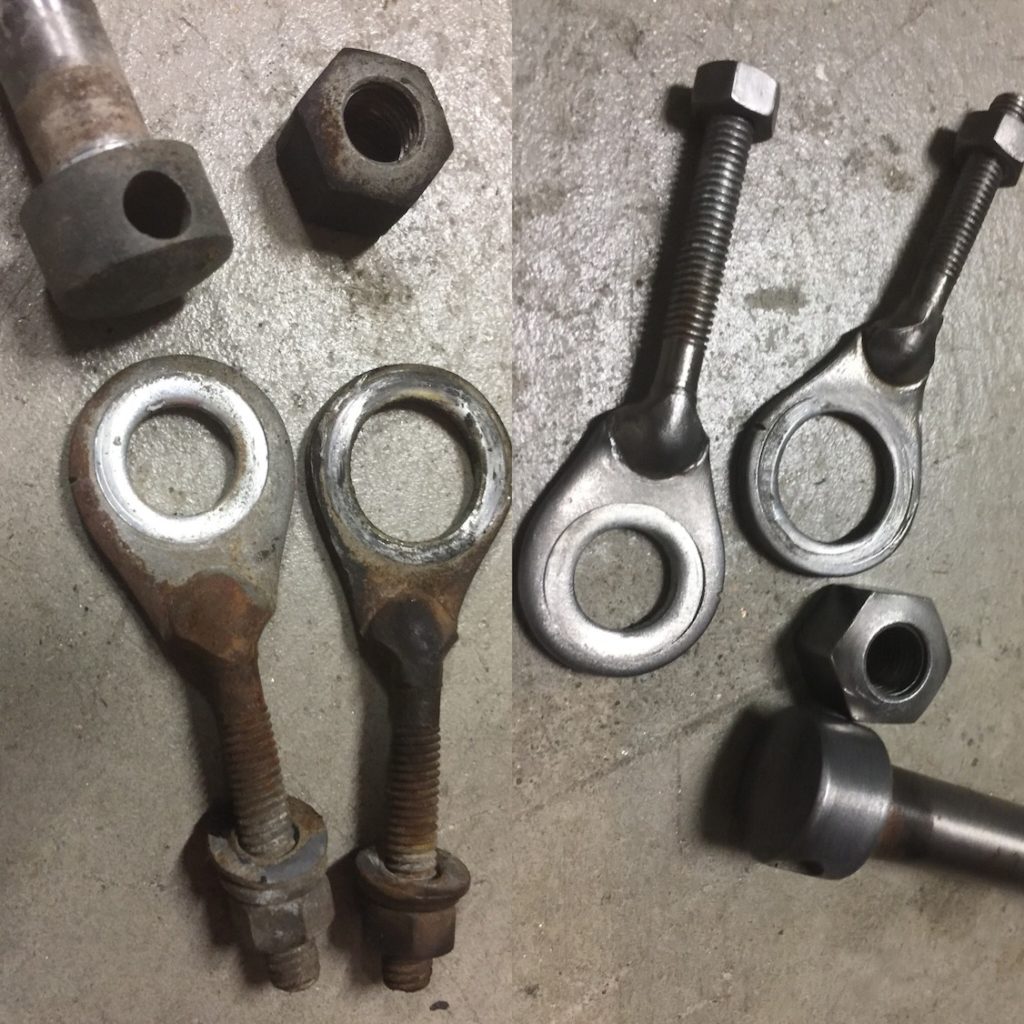 While the wheels were off we used a wire brush wheel on our bench grinder to take decades of grime and surface rust off of all nuts, bolts, axles, washers, spacers, and chain adjusters.  The results were fantastic.  Here’s a tip, don’t take chrome or aluminum to this magical spinning wheel-you could possibly ruin the part.  For the chrome parts, such as the fenders, exhaust and rims, we were much more careful and methodical and used very fine steel wool with good ole’ Turtle Wax chrome polish.  The results were fair to be honest.  The fenders were pitted quite badly and though the orangy-brown layers were removed, the chrome still isn’t in the greatest condition.  I guess this is where we can fall back on our, “old bikes should look old” comment, because this chrome is, and looks aged.  Here’s a question.  Why don’t we re-chrome these parts?  Here’s your answer:  Modern chrome is so far superior to 60’s chrome that freshly chromed  fenders and exhaust would likely be seen from space.  They’d look amazing, but now our original paint wouldn’t.  Then the aluminum on the hubs would look a bit dull, then the plastic headlight housing would seem kind of scruffy, then the seat cover would not appear as good as we first thought….get the picture? 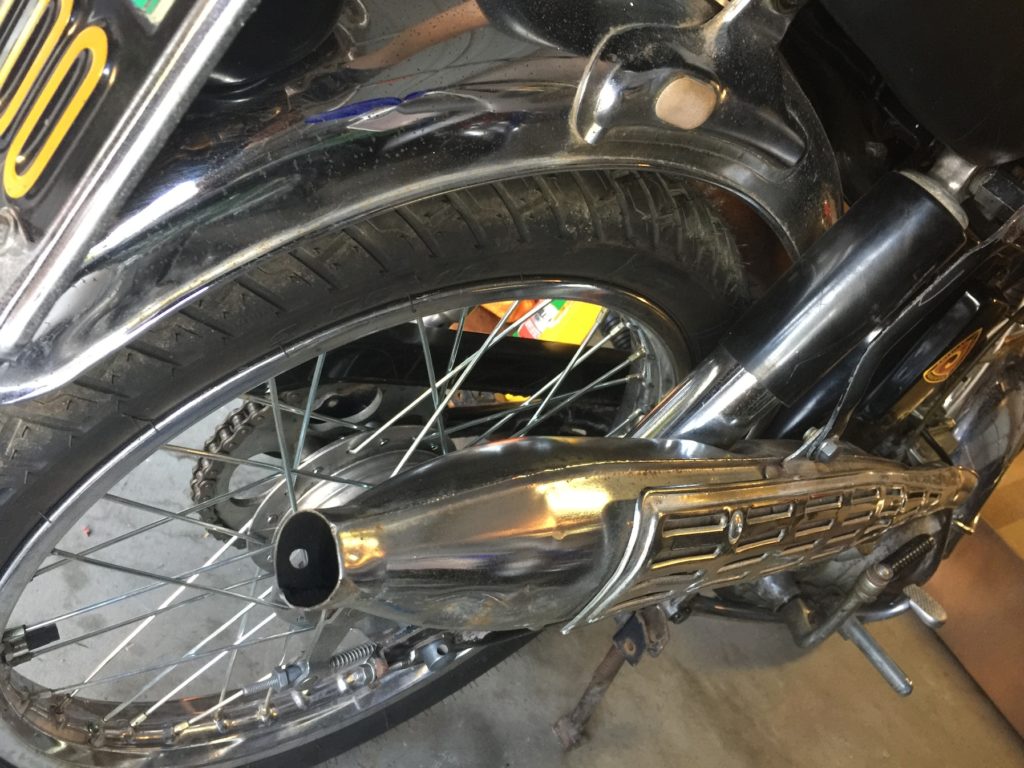 With the wheels back on, the chassis looking good we turned our attention to the tank.  As you may recall, the damaged fork stops didn’t stop, so the tank had large dings on each side.  The crumbling bondo under the dings revealed that this problem had been going on for a long time-and the tank’s paint was not original.  This is where we cheated a bit and hit ebay.  After looking for a couple of weeks we hit pay dirt and found an original paint Honda CL90 tank, dent free for $100.  The tank had a few scratches, but we like that-it fits the condition of the rest of the bike.  Though the tank was pretty clean on the inside, we coated it with Por 15 tank sealer in order to halt any unseen corrosion and rust.  Be sure to use some painters tape around the filler cap when doing this to prevent the Por 15 from dripping on the paint.  This stuff is nearly impossible to get off without some very harsh chemicals. 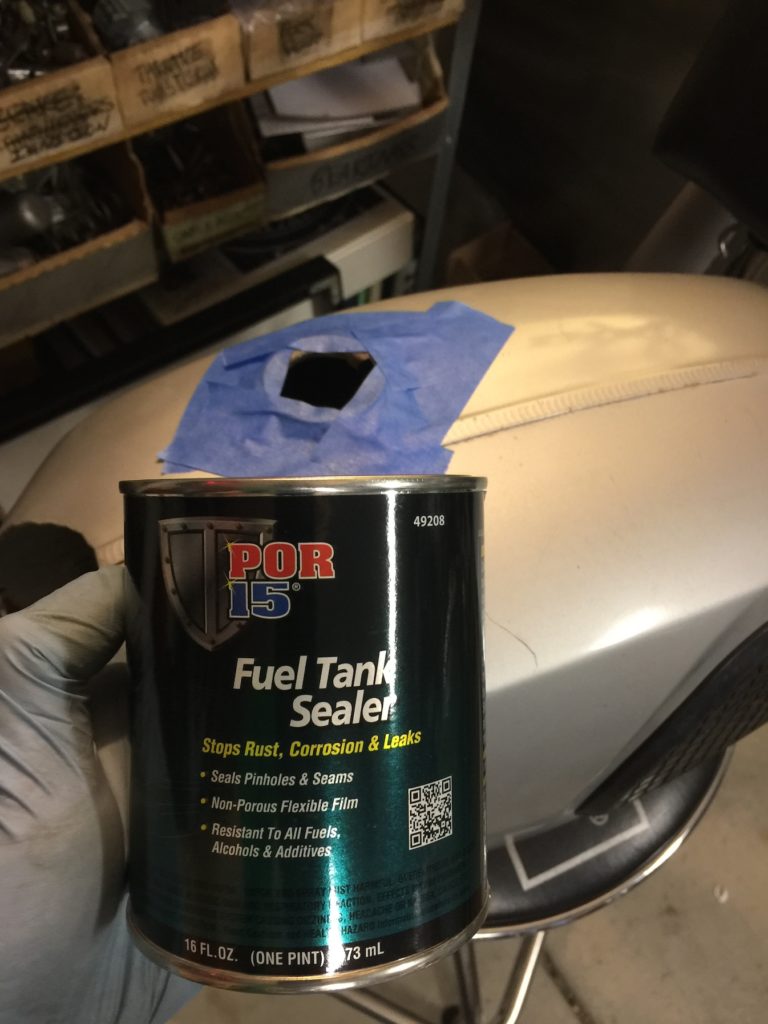 Finally, we cleaned out the stock carburetor jets, timed the engine to Honda spec (use the “F” mark and not the “T” when timing an old Honda!), installed a new chain, lubed up the original (cracked) cables, and replaced the oil with Castrol GO! 10W40 4T.  We cheated a bit and used an older Honda CR80 throttle assembly we had on the shelf, just because the original Honda throttle is a bizarre design and binds easily.  After letting the Por 15 tank sealer cure for a few days we splashed gas in the tank, hooked up the new battery and keyed ignition…..and……she started up second kick.  Don’t you just love old Hondas?

It look like it’s time for a ride.  It just so happens that the Brady Walker Events (www.bradywalker.com) Vintage Track Day it Willow Springs Raceway is in about a week.  What better place to try out the ultimate pit bike then in the pits?  Stop by soon to see how our budget Honda CL90 fairs on it’s first outing in the sizzling California desert sun. 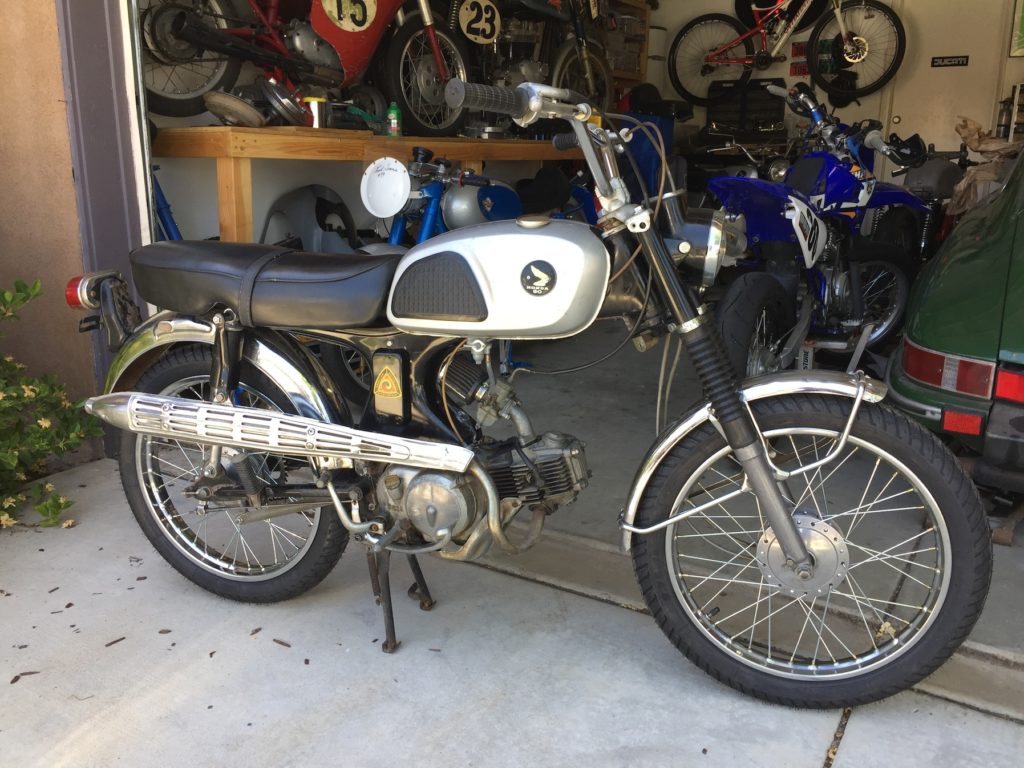 Throttle Assembly Free (spare part we had on the shelf)