So let’s say you’re dad owns a Harley Davidson dealership in Illinois, you grow up on motorcycles, start winning races all over the state on dirt and asphault, win the 1961 Daytona 100 in 1963, you become the first non-Californian to win at Ascot Park, start your own HD dealership in Phoenix, Arizona at the age of 27 years old, and expand your dealership into an empire.  Now what?  How about amassing an incredible collection of vintage motorcycles and making a free museum open to the public seven days a week?  Well, so goes the life of a Southwest motorcycling legend, Buddy Stubbs.  Yah, he’s got a pretty cool name to go along with those credentials too.

Tucked away at Buddy’s main dealership in Phoenix, Arizona, are 130 plus vintage motorcycles.  Even though Buddy’s livelihood has been based off of Harley Davidson, his collection covers 37 different brands, encompassing 110 years of two-wheeled history.  We had heard about this collection, but never considered the HD dealership as a major destination-we realized our ignorance by the time we made it up into the loft and walked the rows of iconic machines.  In one panorama view you can see a Manx Norton, AJS 7r, Velocette Thruxton, Vincent/HRD Rapide, BSA Goldstars, Ducati RT450, and a few Bultacos trailing off out of view.  Talk about variety, and talk about incredible machines.  Our only critique would be that there are so many awesome motorcycles crammed into such a small space.  We’d love for Buddy to enlarge his museum, not in bikes, but square footage so visitors can truly appreciate each amazing machine.  But, hey, for the price of admission, who’s complaining?

If you are in the Phoenix area, the Buddy Stubbs Motorcycle Museum is a must.  It’s at least an hour of motorcycle euphoria, its air conditioned, and it’s free.  Excuses there are none.

Enjoy a few pics from our visit below:

(All Photography By Seth Trench) 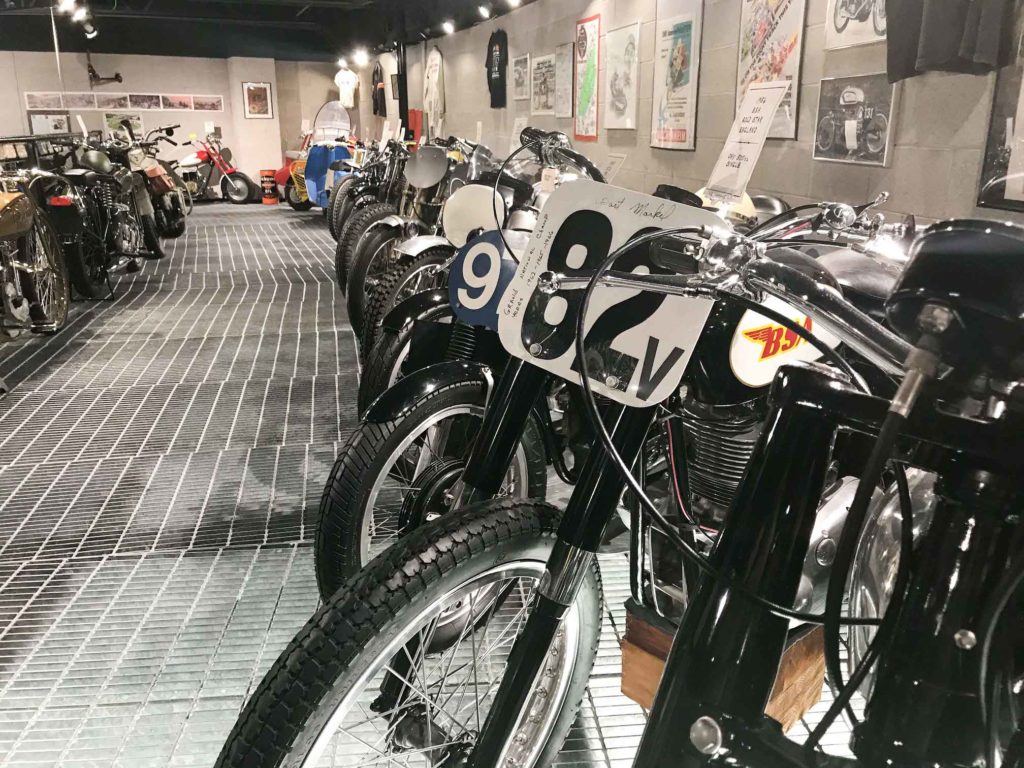 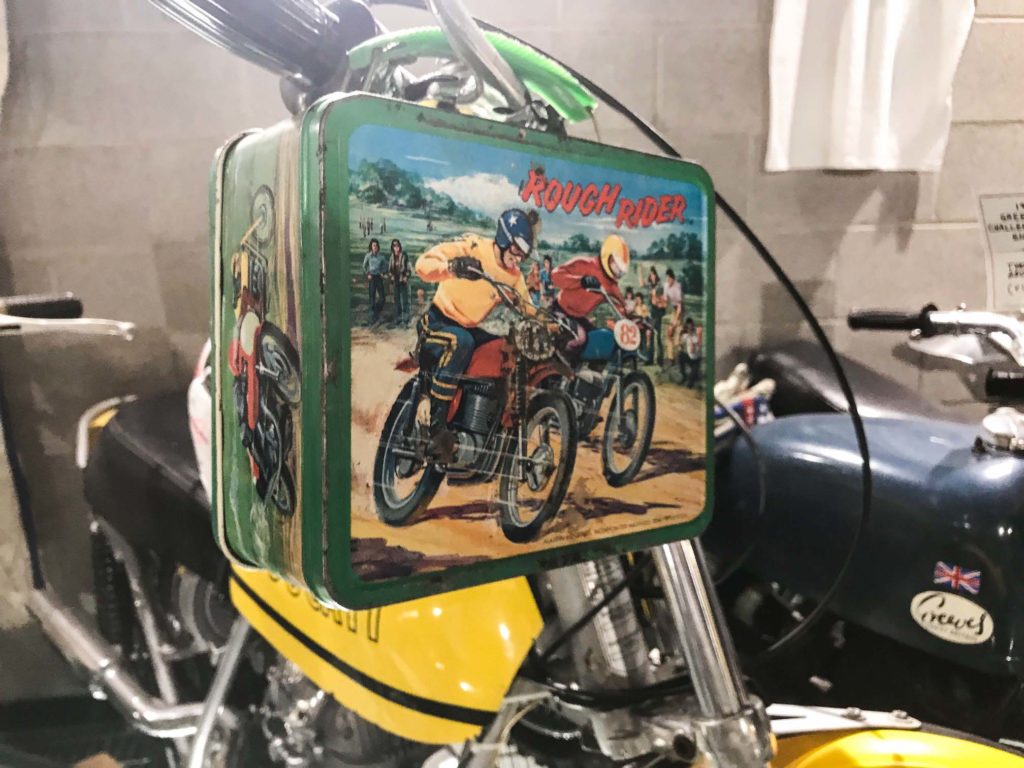 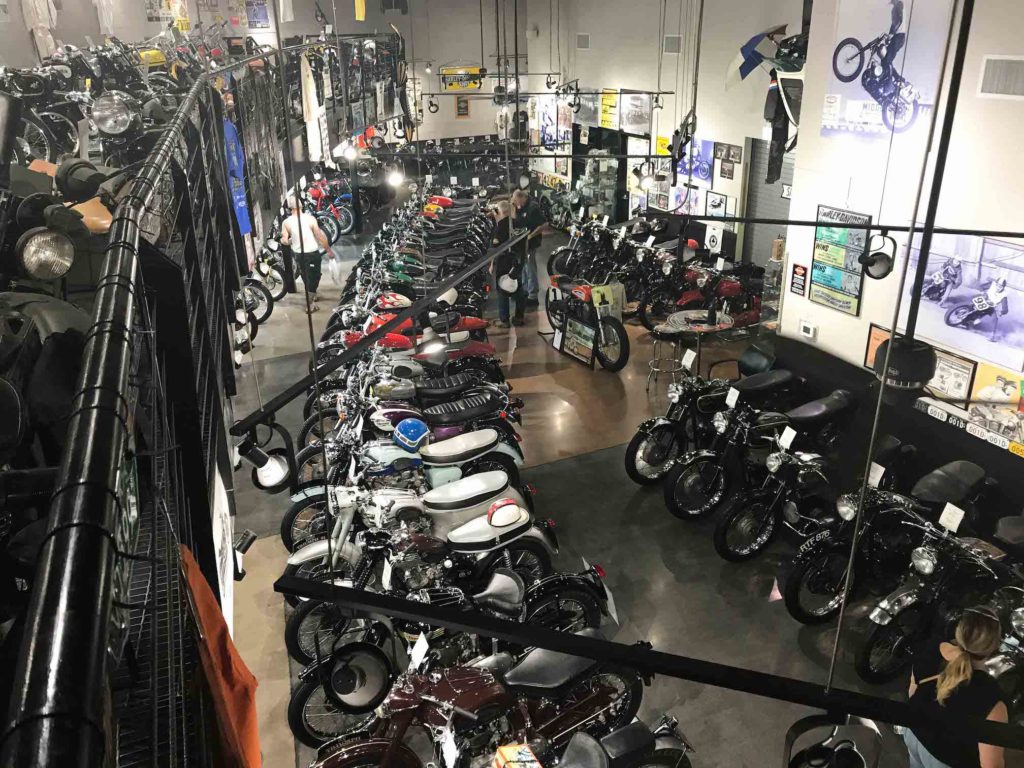 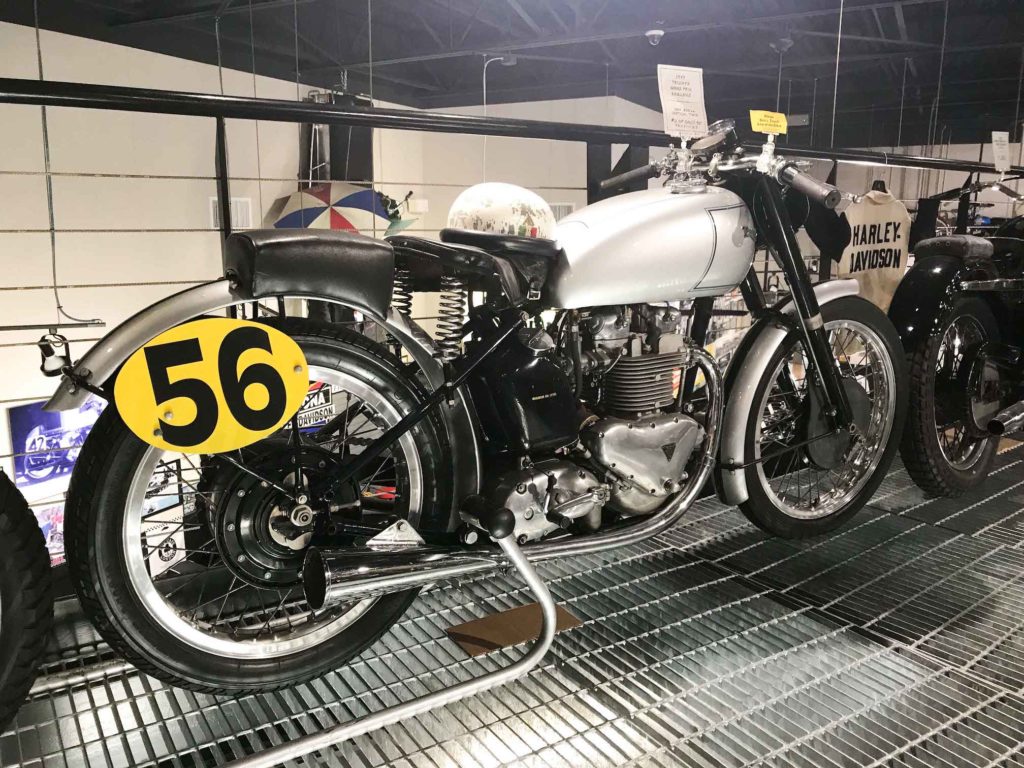 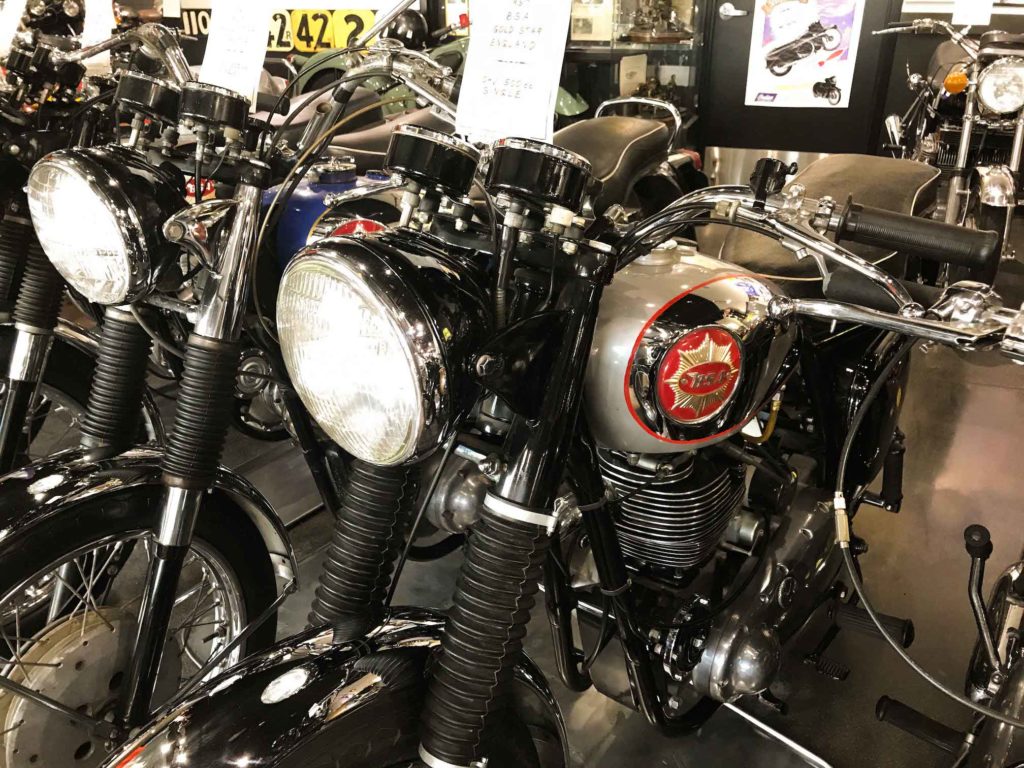 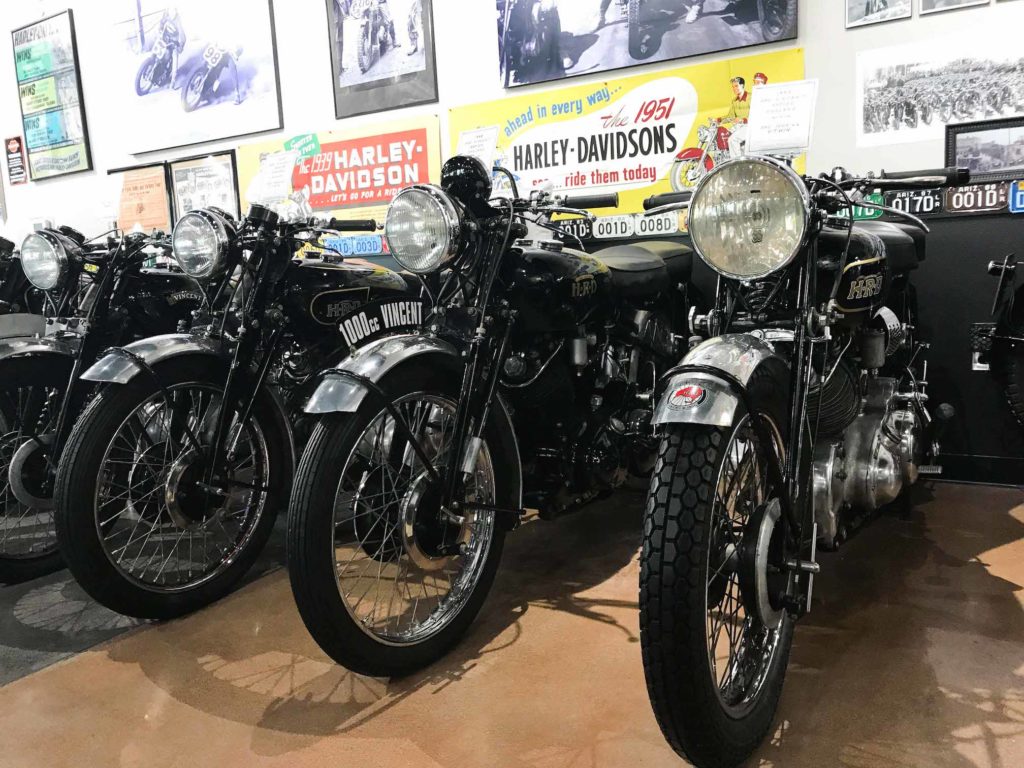 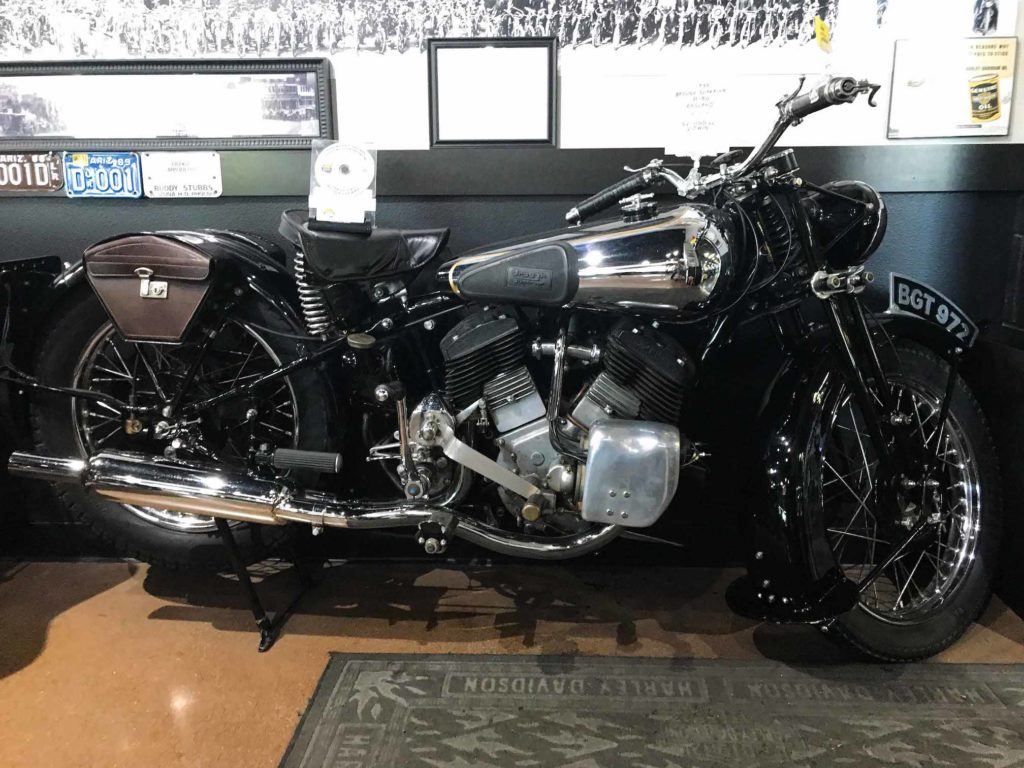 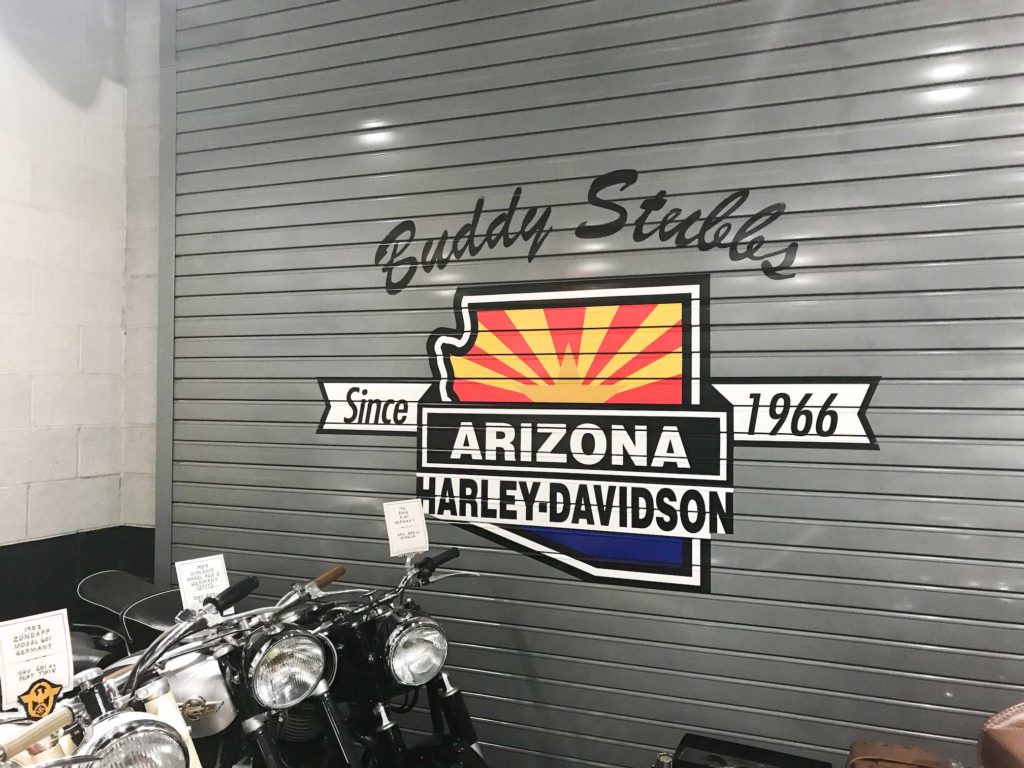 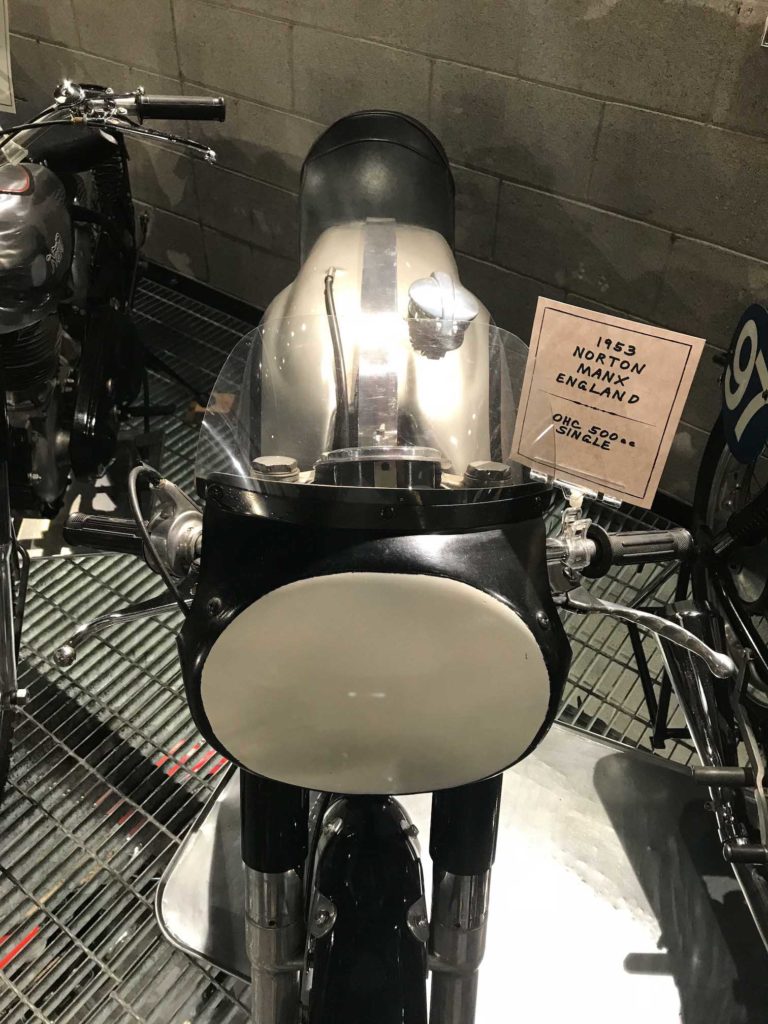 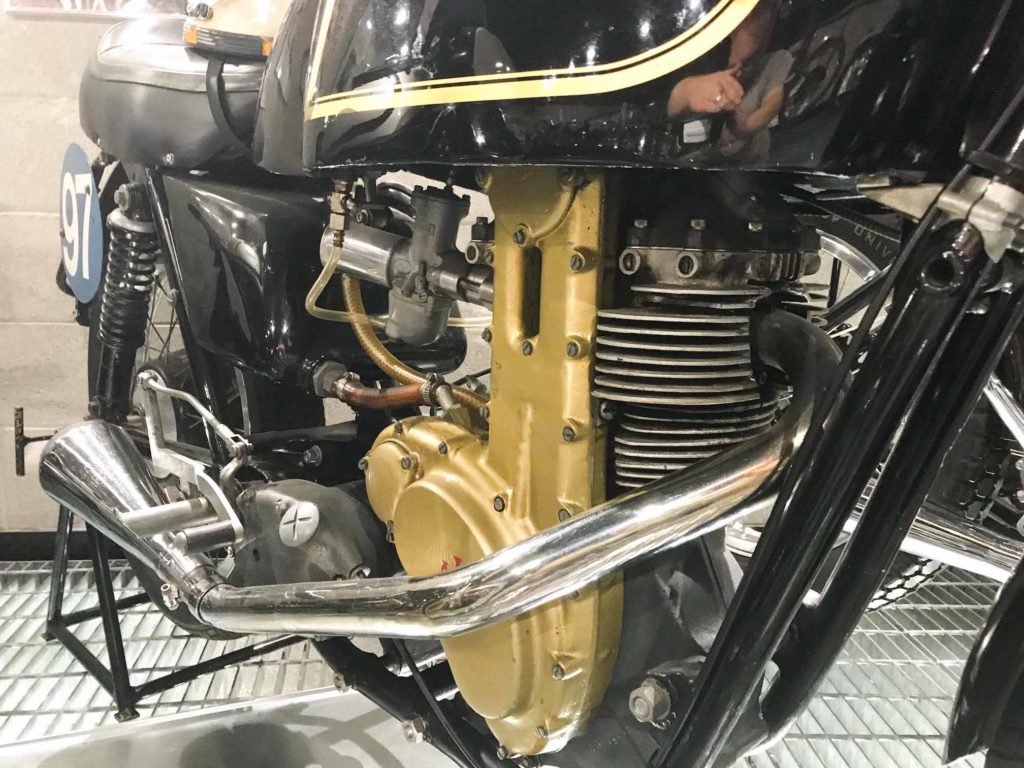 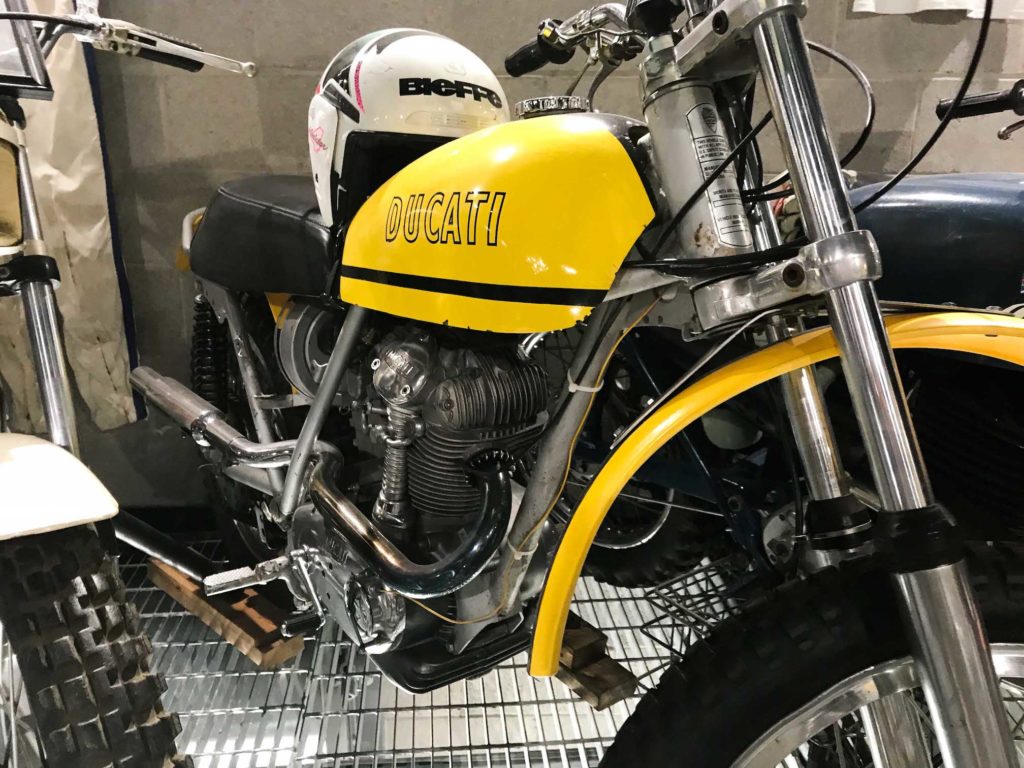 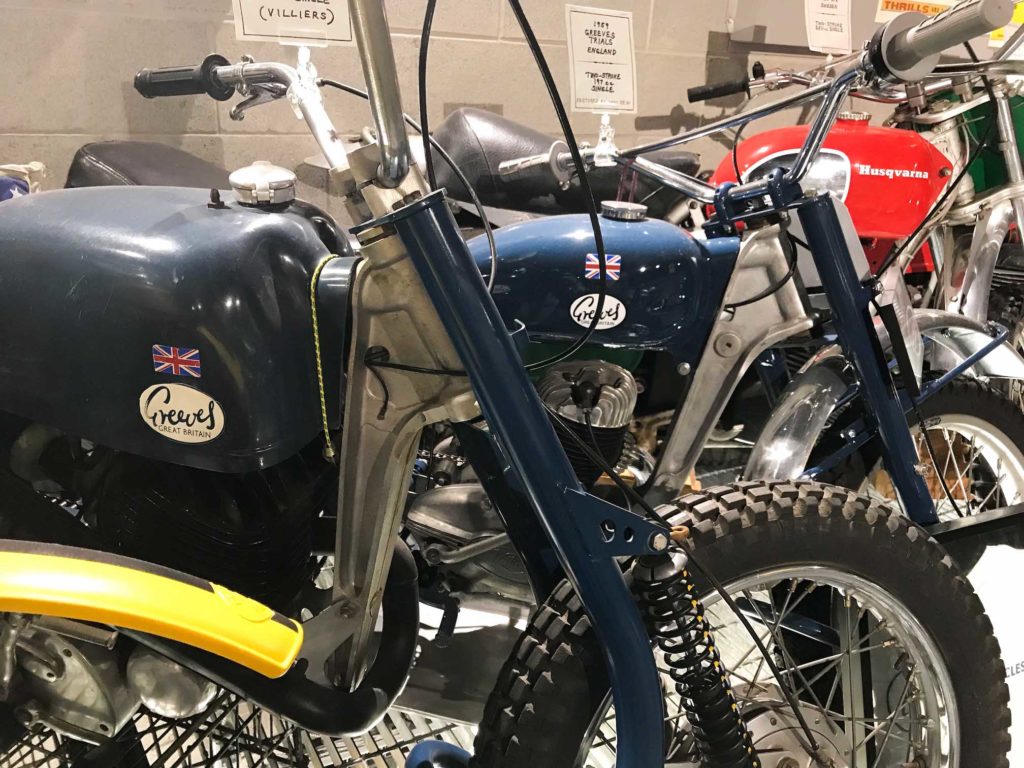 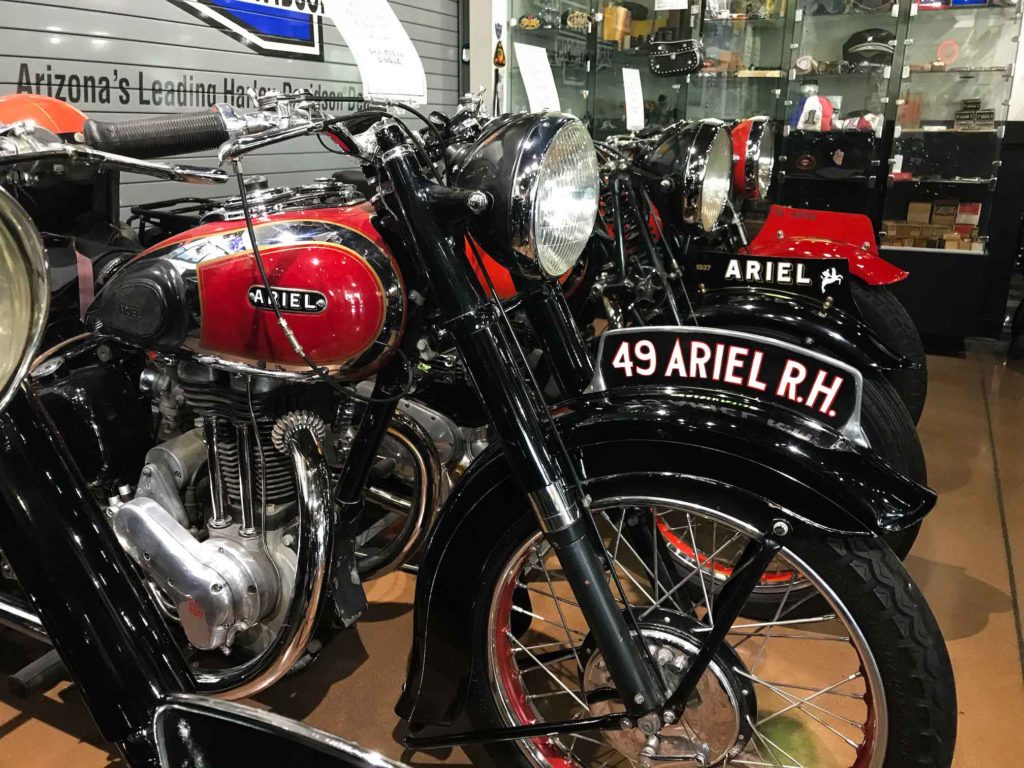 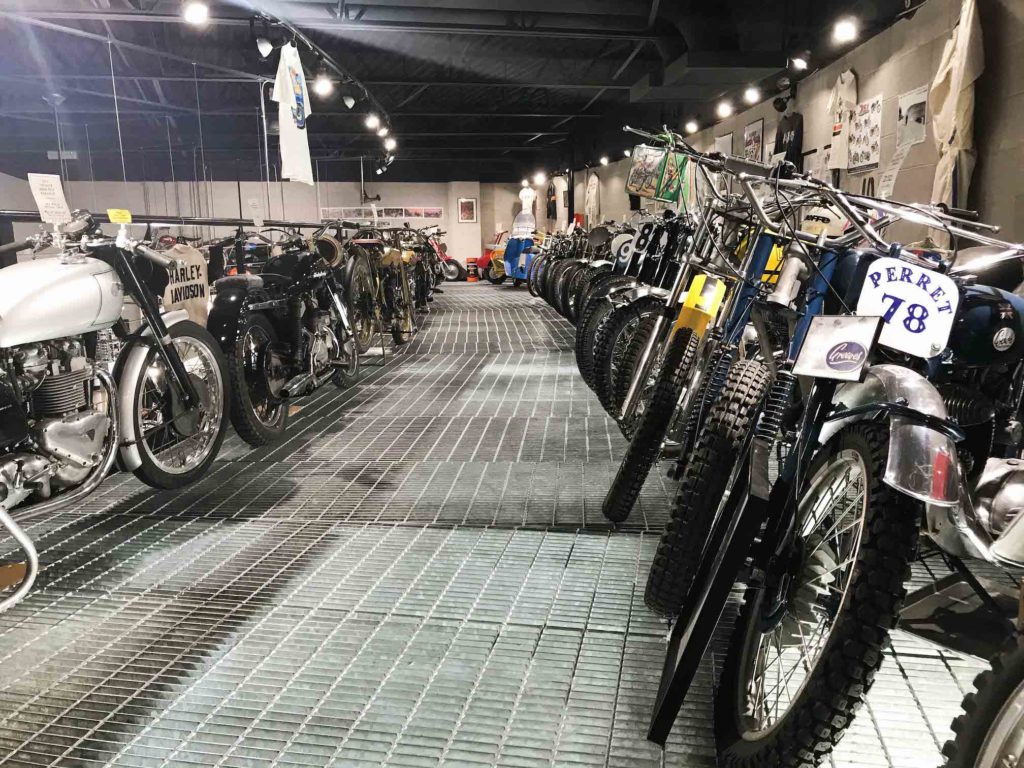 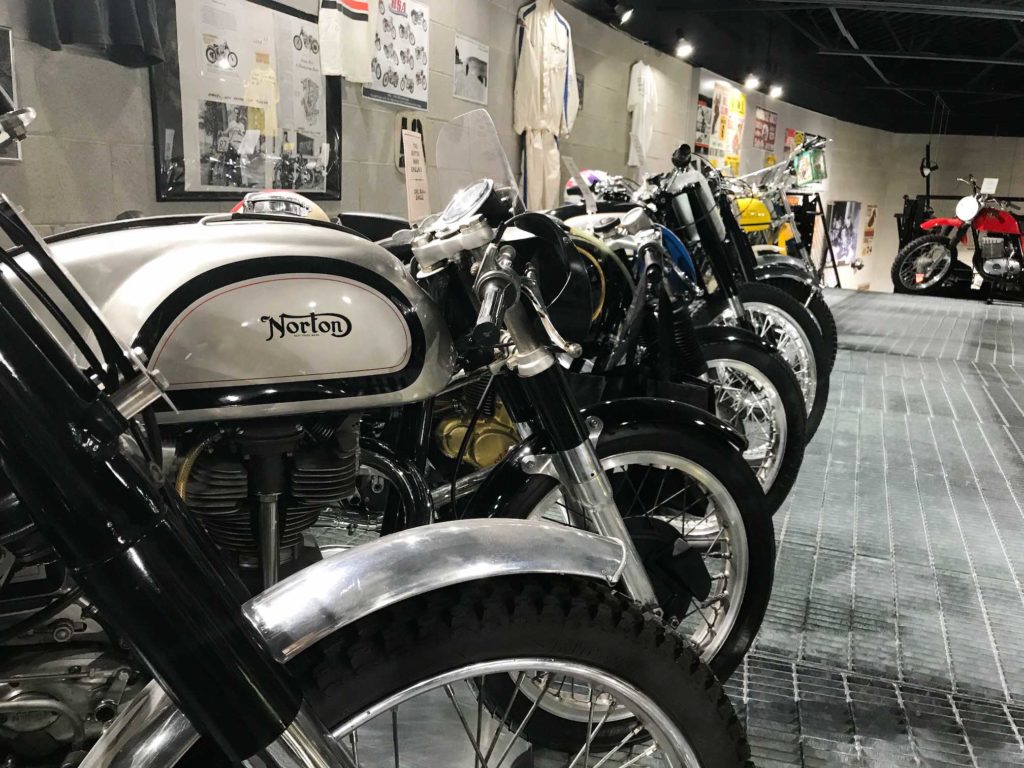