Warning Modern Content:  The following content does not strictly adhere to our “designed by hand, cut from metal” philosophy.  However, we feel the the occasional coverage of modern retro bikes and cars may be of interest to our readers.  Are we wrong?  Feel free to comment below. 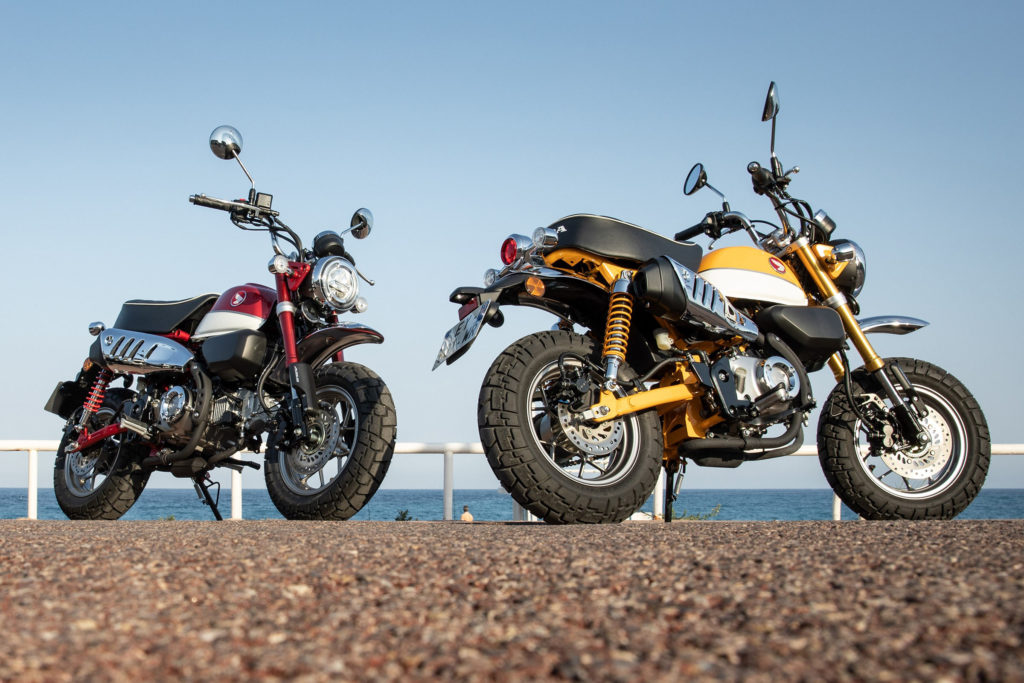 I’m assuming most of our readers are in the loop enough to have heard about the new 2019 Honda Monkey long before seeing this post.  If not, well, here it is, the 2019 Honda Monkey-You’re now up to speed.  The 125cc fuel-injected four-stroke single is as retro as a retro bike can be.  Though this little fella looks like it has been time warped out of the late sixties; the disk brakes, inverted front forks, LED lighting and available ABS brakes remind you what decade it is.

Anyone who has had a Honda Grom buzz by them while running up to the grocery store has likely felt that slight moment of green-eyed envy.  Perhaps disguising it with a scoff  of “That’s not a real motorcycle,” but deep down knowing that that person was having a better time than you were.   Maybe you weren’t jealous enough to plunk down the $3500+ needed to saddle up on the little Honda freedom machine, it seems like less and less people are.  The Grom sold like crazy when first debuted in 2013-sales since then have been sluggish.  The question now is this:  Would you be willing to pony up $4,000 to a have a Grom-like bike, but with a culturally poignant message of the “best days are behind us?” Oh, and it’s officially called the “Monkey.”  Sold yet? 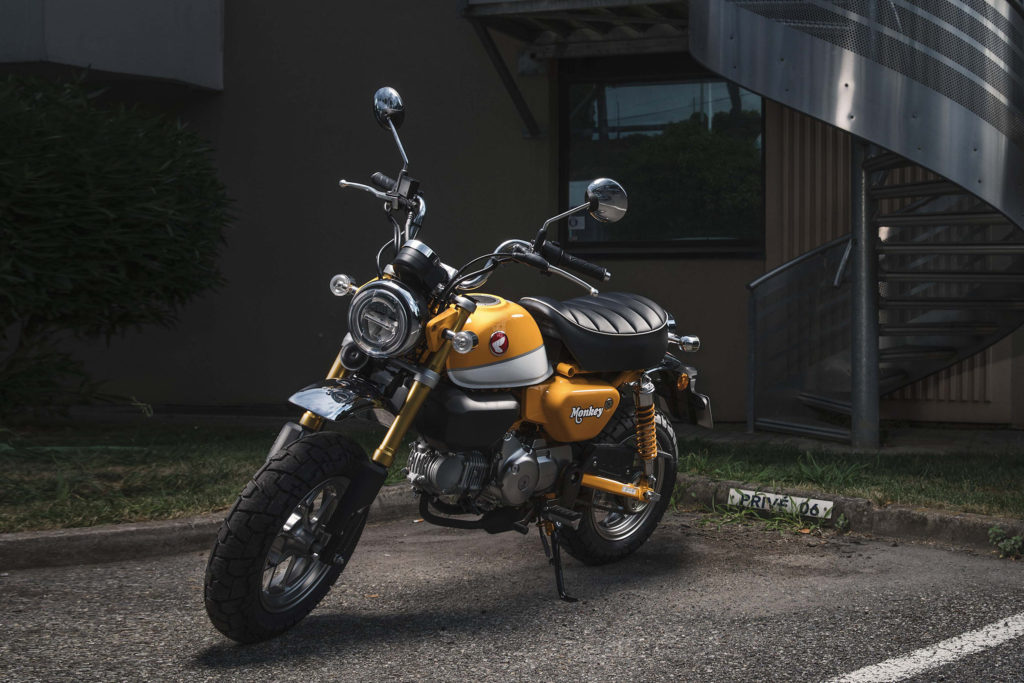 Don’t get me wrong, this is a cool bike, and it simply screams “this is going to be fun” before you even turn the key.  However, I have to wonder, did Honda build a really cool little retro bike that is strategically positioned to be a complete sales flop?  The Millennials loved the Grom-but, perhaps the past tense verbiage is appropriate here.  Other than a few tried and true, they’re kind of over it.  Okay, what about new riders?  Well, for another 600-1000 bucks you can get yourself a “real” bike, like a CBR300R or Kawasaki Ninja 300.   Okay, what about the heritage crowd?  You know, the folks that rode the original Honda Monkey bikes?  Most of these folks are in their 60’s, and honestly, I can’t see too many of them sitting astride their Honda Monkey while their soon to retire buddies pull out of their driveways on their BMW 1200GS’s or Harley Davidson Street 750’s.  Well, what about hipsters?  They like old stuff right?  Yes, kind of…maybe?  This unpredictable subgroup would be more likely to purchase a used Monkey in ten years time, splice in an iphone charger and park it out front of their local coffee shop next to the row of fixed gear bicycles, but buying one off of the sales-room floor seems unlikely.  So who’s the audience?  I’m honestly not sure.

With all of that being said, I must admit, I love the Honda Monkey.  I still haven’t had a chance to test one, but I think it’s a fantastic looking machine.  It reminds me of the golden era of motorcycling in the 60’s, where a motorcycle wasn’t a “standard,” a “sport bike,” a “cruiser,” a “bobber,”-they were just motorcycles.  The Honda Monkey looks like an amazing two-wheeler built to simply enjoy the experience of being on the road, on two wheels, and out in the world.  It seems modern enough to be worry free, quick enough to give you confidence on the road, retro enough to stand out in the sea of today’s rather boring, plastic clad motorcycles.  But will it sell for $4,000, plus destination fees, plus set up, plus tax, plus registration?  Honestly, I hope so, but I kind of doubt it.