Well, as Bob Dylan quite poetically penned, “Times, they are a changin.”  Ironically, the group of people our current conversation is focused on probably don’t even know who Bob Dylan is.  That’s not an insult, just a potent piece of evidence shining light on a world-wide shift in the economy-especially our precious vintage motorsports market.  Just like Dylan’s memory and impact beginning to fade, the interest in some classic and antique cars and motorcycles is beginning to wain as well as a new generation of vintage motorsports enthusiasts take over a market that is being dramatically vacated by one of the most powerful generations of all time-The Baby Boomers.

This shifting market is not an assumption or alarmist’s call that the “sky is falling.”  For your reading pleasure, I have attached links to just a few articles from other reputable sites reporting on this very real phenomenon.

Being a Gen-Xer myself, I’d like to think I have a more accurate take on this shifting market.  However, a majority of my “vintage car and motorcycle friends” are either grey, bald, or retired…often all three.  Perhaps my love for 50’s and 60’s cars and motorcycles is not an accurate representation of other 30 and 40 year olds.  We’re definitely out there, but I don’t think we are in the majority.

So far, as logic would make one assume, the new market of Gen-X and Millennial buyers are focusing on the exact same things the Baby Boomers wanted- the bikes and cars they lusted after as teenagers.  For these generations, the imports that showed up in 80’s and 90’s pop culture are beginning to come into their own.  New classes are being added to vintage cars shows, and auctions are seeing more plastic roll across the block than ever before.  Vehicles featured in 80’s and 90’s films, television, and the cars and bikes that took center stage in high school parking lots are the name of the game.  Instead of stopping mid-parking lot to admire a 65 Ford Mustang, apparently the kids these day’s are more likely to be held captive by a sun-faded 90’s Mazda RX7 ….at least, for now.

The question is this:  Will the Gen-X and Millennial buyers creep there way into the vintage motorsports market by purchasing lower-priced 80’s and 90’s vehicles and then start digging a bit deeper and going for high-dollar 50’s, 60’s, and 70’s autos as their interests and incomes increase?  This is the literal million dollar question.  The thing is, if they don’t, then those “high-dollar” cars won’t be “high-dollar” for much longer.

What do you guys think?  Post your comments below!!!! 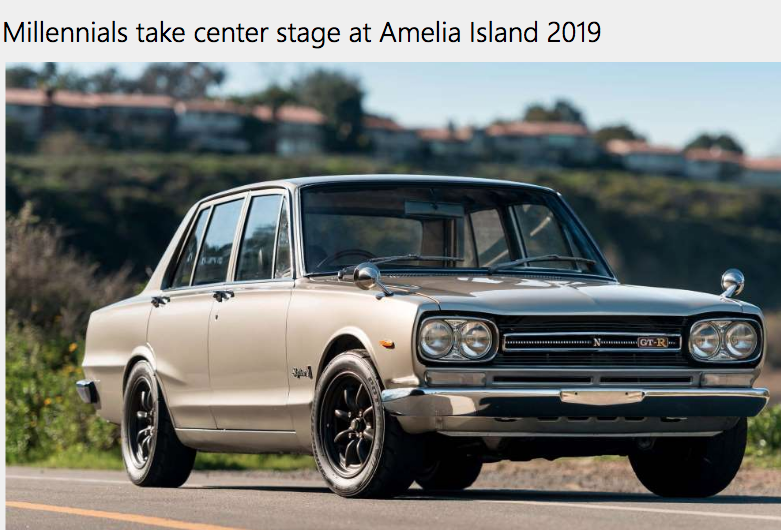 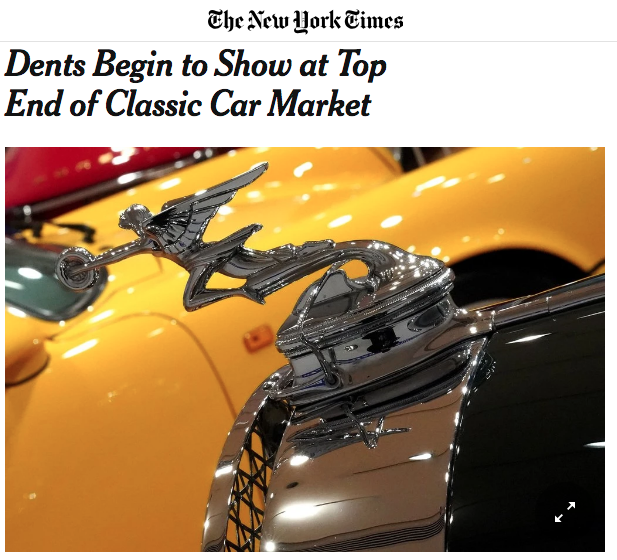 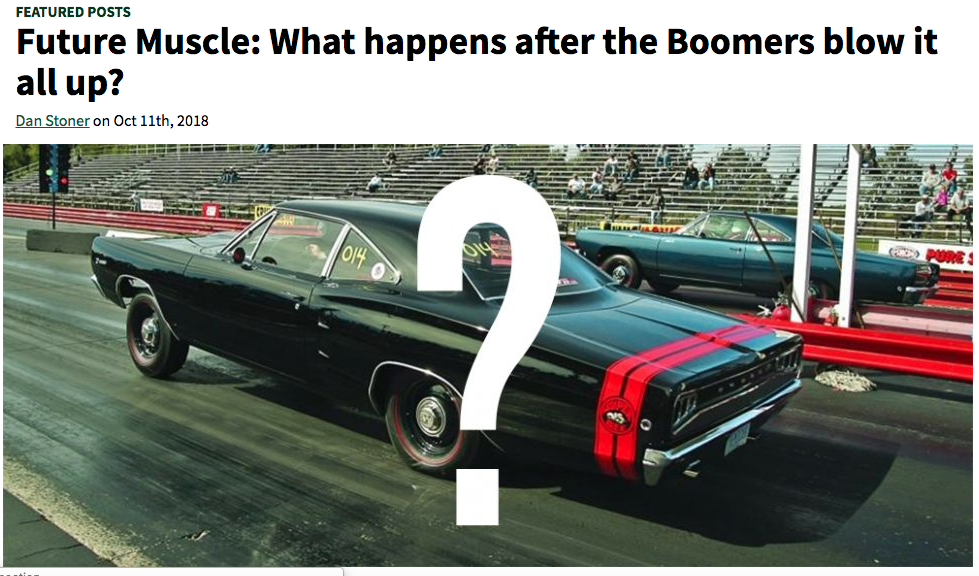 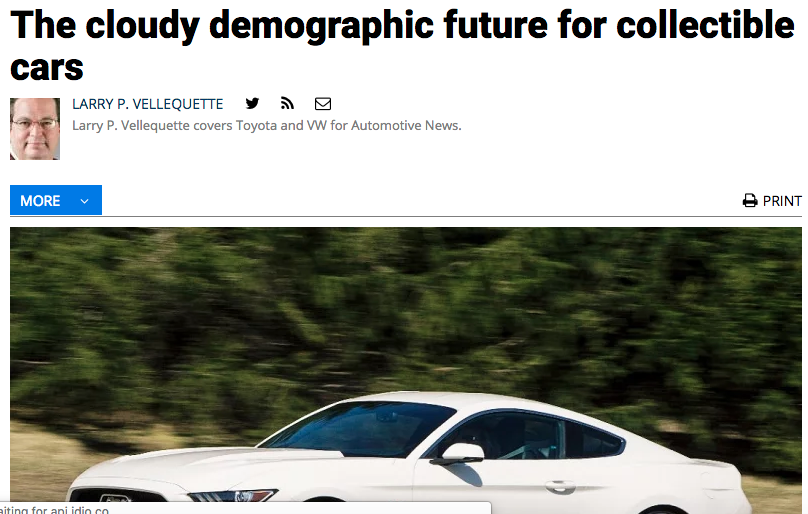 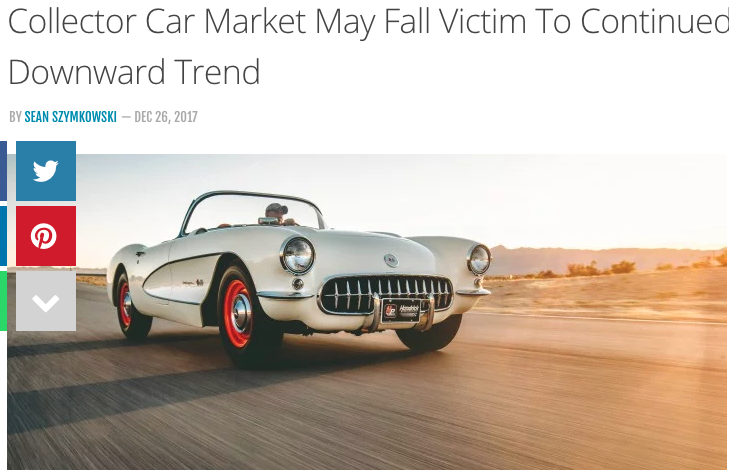 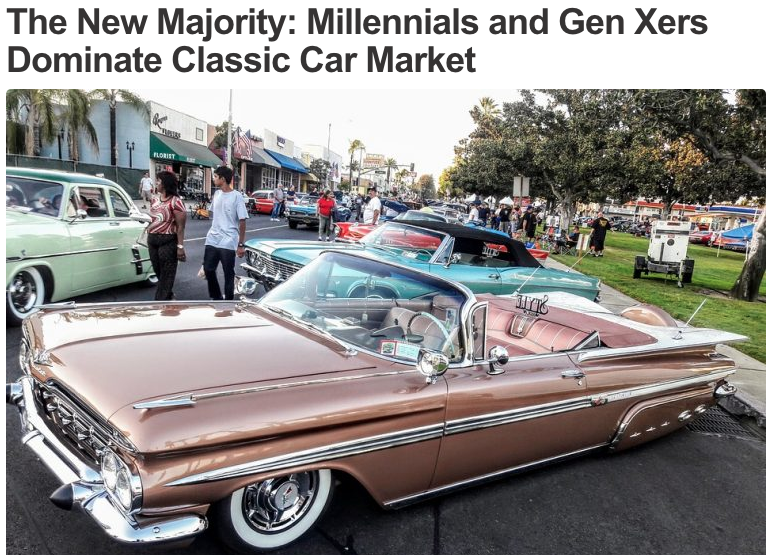