Our friends over at Classic Avenue have no shortage of incredible cars and motorcycles for your choosing.  While perusing their catalog recently, I couldn’t help but stop and admire a motorcycle you rarely see here in the States-a 1970 Laverda 750.  You may have seen the American Eagle badged Laverda 750’s, some of which fell victim to some questionable styling exercises courtesy of some enthusiastic American importers who thought the American market wouldn’t go for the Italian styling of the bikes.  If you take a glance at the bike below, I think you’d agree, there ain’t nothing wrong with that. 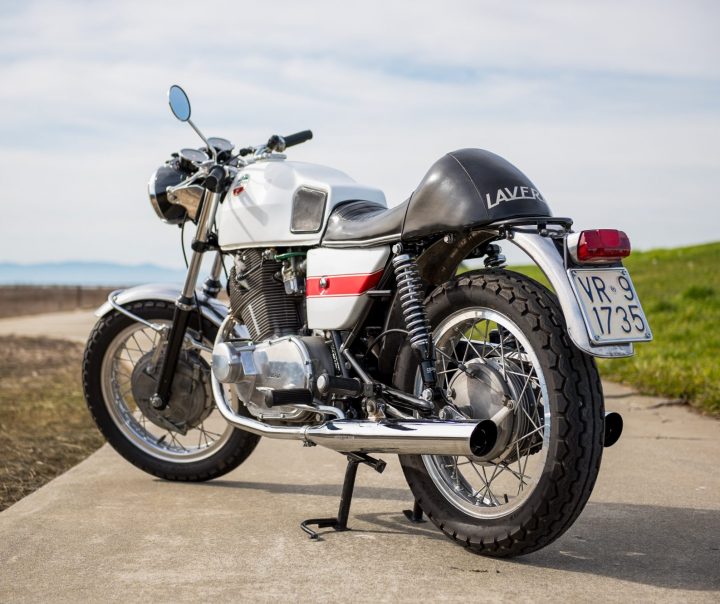 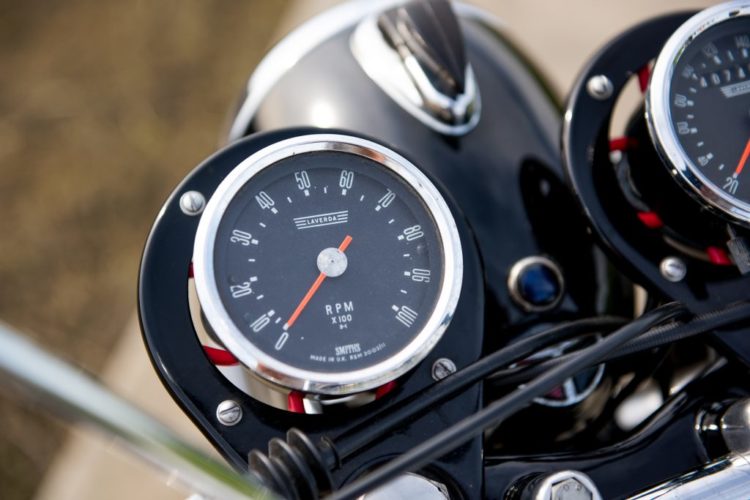 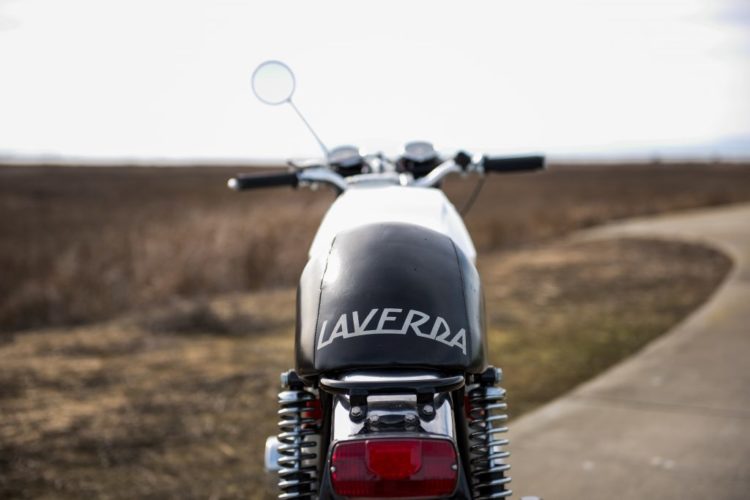 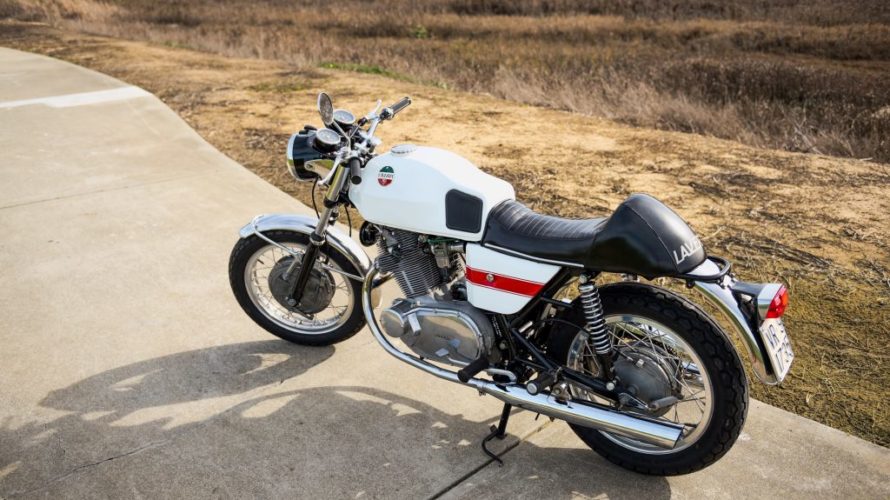 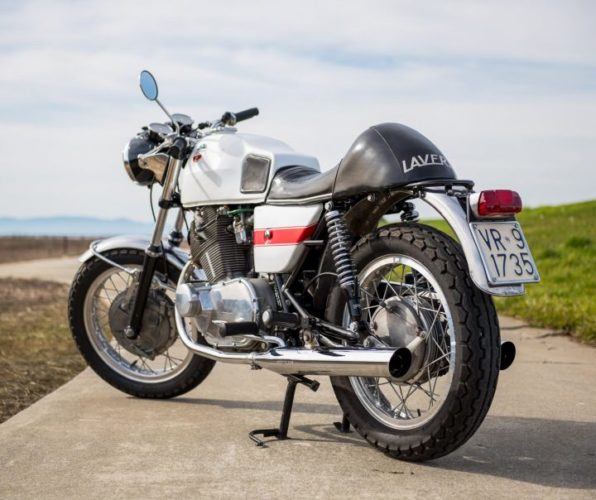 The 1970 Laverda 750 S sports an air-cooled, four-stroke, 744cc, parallel twin cylinder powerplant mated to a five-speed manual transmission and can produce 60 horsepower at 6900 rpm. It was inspired from period cafe racers, and had a minimalist overall design, with a single seat and narrow fenders. In addition, it comes standard with a Ceriani telescopic fork, a swinging arm rear suspension with dual adjustable shocks, and a braking system formed by a single 230mm Laverda drum in the front and a single 200mm drum in the rear.

The engine is fitted with 2x30mm DellOrto VHB30 carburetors and a front mounted exhaust crossover for improved torque. Curb weight is listed at 463 lbs.

The 750S model is very similar to the later SFC which was optimized for racing and did very well on the production circuit in Europe at the time.

Laverdas were regarded as very special machines in their day and have become a favorite of collectors. Priced at the top of the market when new, the bikes carried the finest components available at the time, from British Smiths instruments, Pankl con-rods, Ceriani suspension, Mondial pistons, to Bosch electrical parts and (revolutionary at the time!) a Japanese Nippon-Denso starter, thus eliminating the one problem plaguing nearly all contemporary British and Italian motorcycles at the time: their electrical unreliability.

The parallel twin cylinder engine featured no less than five main bearings (four crankcase bearings and a needle-roller outrigger bearing in the primary chaincase cover), a duplex cam chain, and a starter motor easily twice as powerful as needed. Properly maintained the Laverda 750 is considered to be a very solid and dependable bike. The tubular frame from which the motor is suspended is very robust and contributes to very steady, stable handling and minimal vibration for a parallel twin.

The 1970 model featured important upgrades to both the brakes and the carbs.

Purchased from a collection in Italy and imported by us to California.

Smiths instruments are original and functional.

All switches are by Bosch and in fine working order.

Small Bosch switch on the left grip for High Beam and Horn, electric starter button mounted on the right side brake lever bracket.

Laverda only produced about 600 of this special model, so very rare.

The bike is fast and extremely agile thanks to its original Italian race bike suspension and lightweight design.

Super fun to ride, incredible tone and sound from the twin silencers.

Laverdas are some of the most reliable classic bikes you can buy, especially for classic Italian bikes. .. reasonably fast and extremely fun. Handling to match that contributes to its unique character… very decent brakes.

A remarkable example of a unique Italian sports bike in excellent condition… a great addition to any serious collection and a real experience to ride.