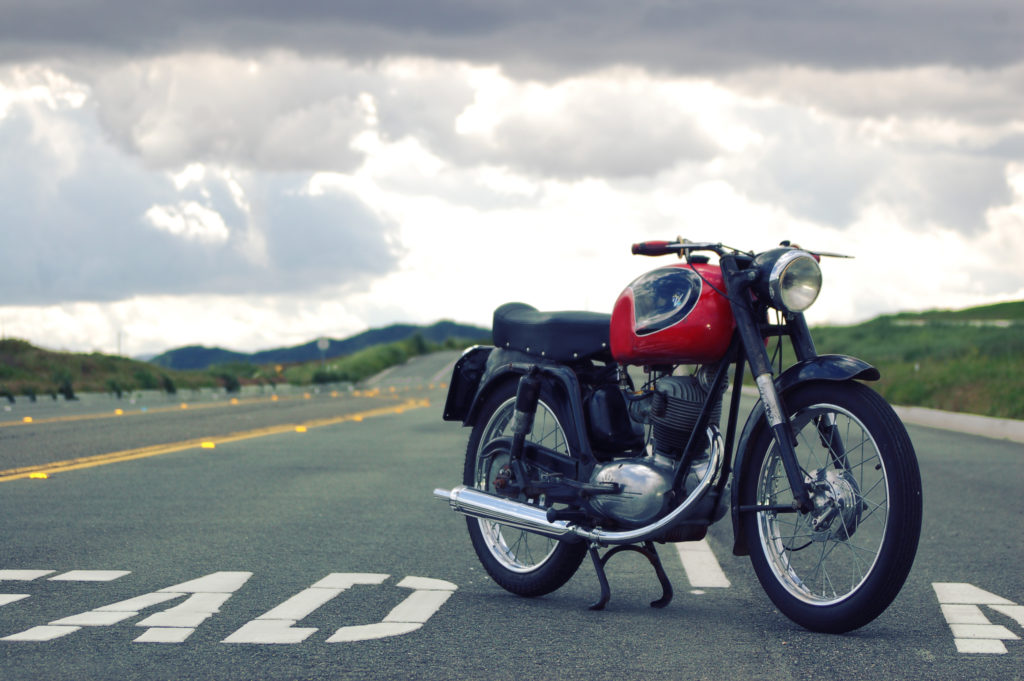 They say you’ve got to go slow in order to go fast.  But when you’re on a 65 year old MV Agusta 125 TREL Centomilla, you’re just going to go slow…period.  However, that doesn’t mean there is no fun being had.  Riding a small Italian four-stroke like this little MV is more about riding briskly than it is fast. What’s the difference?  You’re not going to hit much more than 55 miles per hour on this little scoot, but the torquey little 125cc single can get there quickly and keep most of that speed up with a gentle input into the bars in most corners.  The MV gets on the revs quickly, the clutch pulls easily, brakes engage progressively, and as long as you remember which side the gear shift and brake is on (and which way to shift as well) you’re going to have a good time. 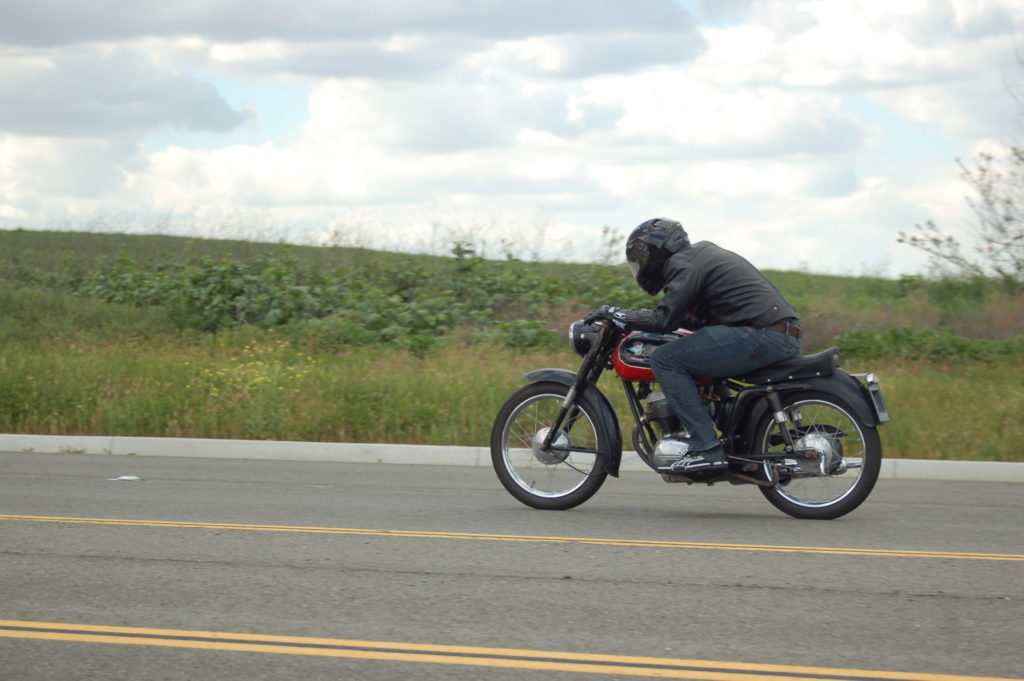 At 6ft tall, close to 200 lbs, I definitely wasn’t the target demographic for a bike this size, but the little MV takes the abuse in stride.  Having the benefit of riding several different makes and displacements of Italian “Giro” type bikes over the years, I’ve got to admit this little MV rates highly in just about every area of riding, aside from horsepower.  If this bike made a few more ponies, it’d definitely be a bit more fun, but then the brakes probably would show their weakness, the suspension it’s age, and the gearbox might start acting up-I should just be happy it’s working well like it is.

Though the tires are beach-cruiser narrow, the “full-size” 18 inch rims provide a nice ride.  The front forks are a bit spindly, rear shocks a bit bouncy, but I’m assuming much of this is due to the fact that this little MV is nearly twice as old as I am, and any oil that was once in the rear shocks has moved on to a better place.  As for the forks, I’ll refer you to the paragraph above regarding my proportions-probably not their fault.  The riding position isn’t so bad.  Many Italian bikes of the era were an oddball mix of racer-derived low bars and way too forward footpegs.  This 125 MV has decently placed pegs, even for a 6-footer like myself.

You hear a lot complaints about these Italian seats.  This one is by Radaelli who supplied seats for nearly half of the Italian bikes in the 50’s and 60’s.  It’s not terrible, but the vinyl, on rubber, on springs, on metal frame configuration isn’t nearly as comfortable as the molded foam on a metal seat pan set up you’d find on nearly all British, Spanish, and Japanese bikes of the era.  However, with the vaguely-violin shape when viewed from the top, and the way the rear of the seat tips up in the back, along with the chrome buttons along the side (which actually hold the cover to the frame)-Then the way it contrasts against the extremely bulbous tank- Bellisimo!  It’s not only a place for your butt, it’s also art. 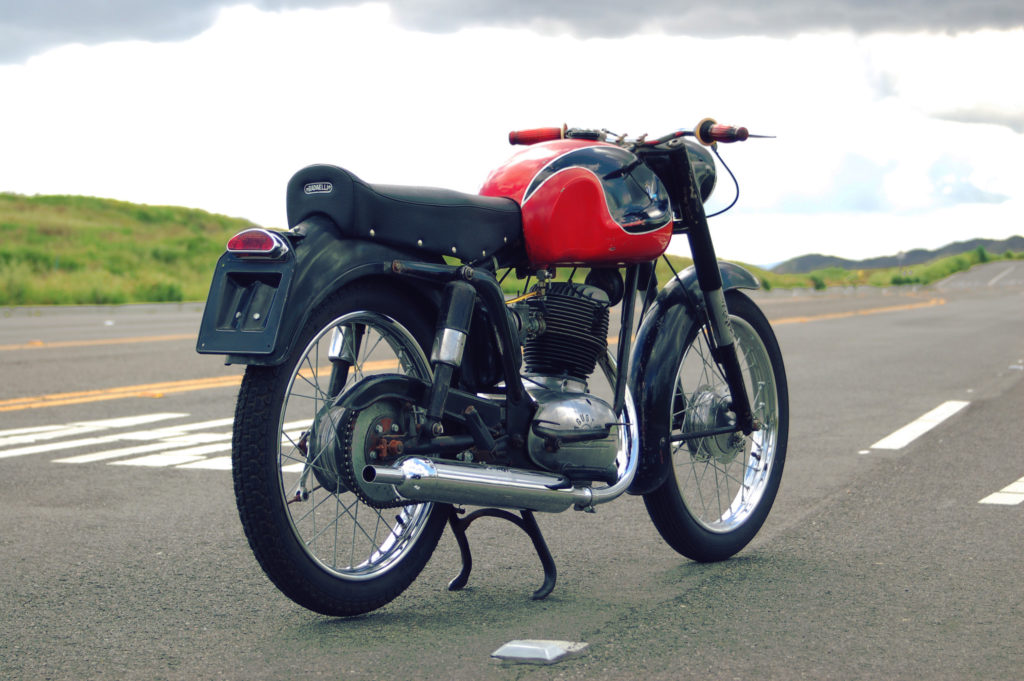 Speaking of art, that’s what this bike is-it’s kinetic art.  An amazing example of form meets function.  This may seem unfair, but when you compare parts of this bike, such as the bottom end, to some of the Japanese bikes of a similar area, the contrast is striking.  One has beautifully rounded castings, logo and aesthetic lines cast into the polished side covers, the other a boxy and awkward shape, mimicking the shape of the internals inside, and not so pleasing to the eye.  The designs really show you the difference in the mindset of the two very unique engineering cultures.  The MV was built to work and look good simultaneously, while other small bikes of the era were built to function incredibly well, what it actually looked like was an after thought.

You could drain the gas out of this little MV Agusta 125 and park it in your living room.  It’s a joy to ride, and a joy to look at.  Does it get much better than that?  Oh yah, a few more horsepower would be nice, but we’ll let that slide this time-she’s just too pretty. 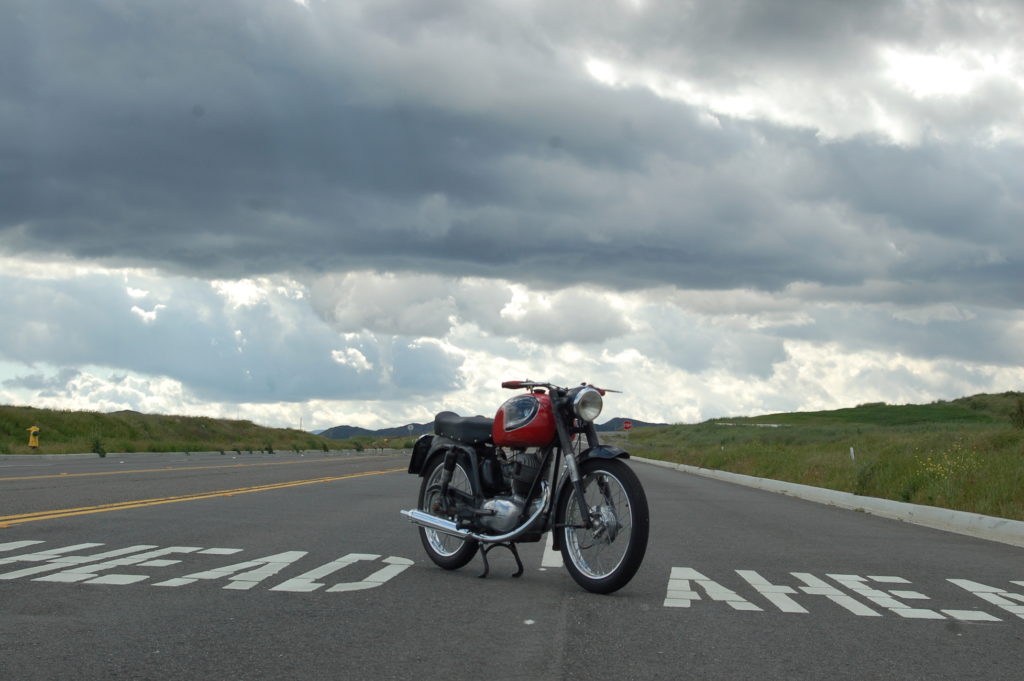 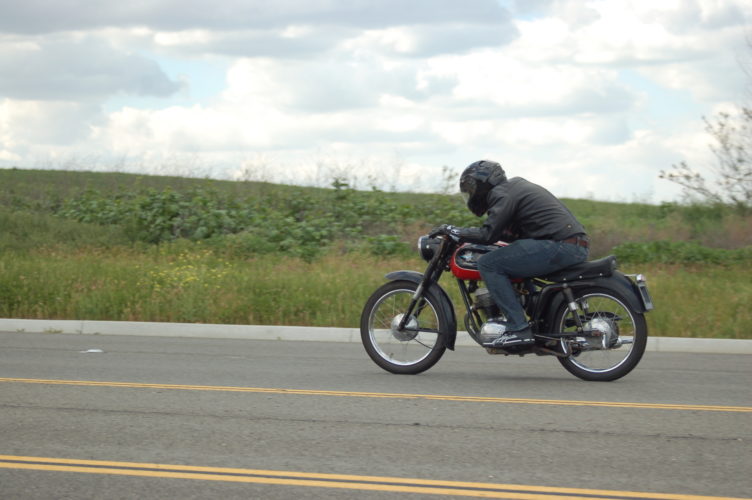 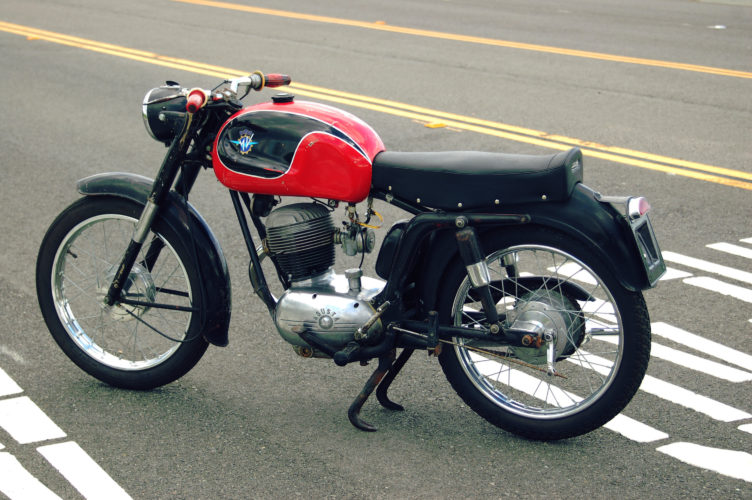 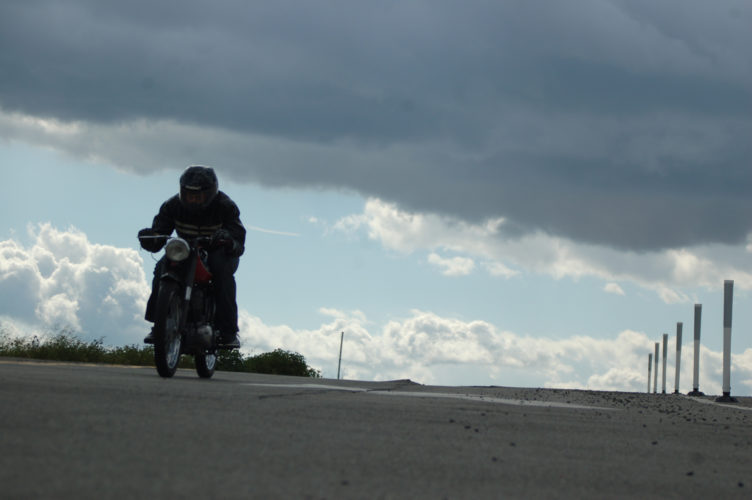 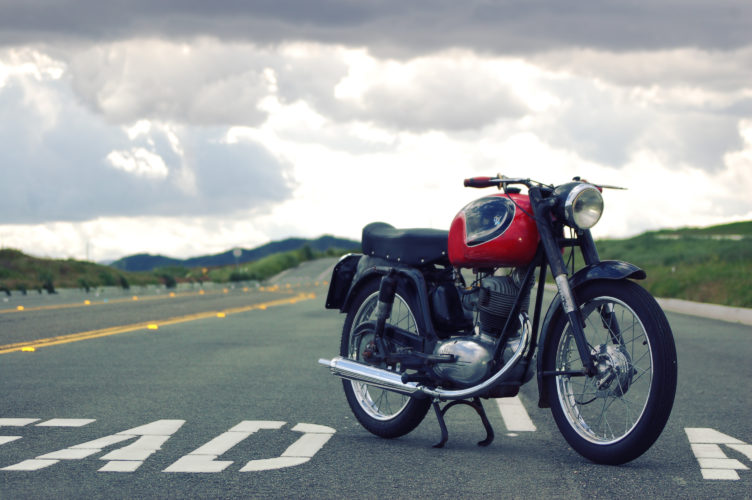